Our faculty and students are deeply engaged in shaping the field of English studies. 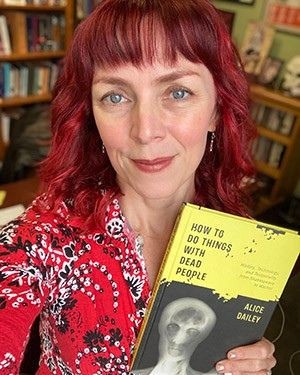 Mary Mullen, PhD, is the author of the book Novel Institutions: Realism, Anachronism, and the Nineteenth-Century Novel, which turns to the nineteenth-century realist novel, perhaps surprisingly, to point us to different ways of inhabiting institutions. 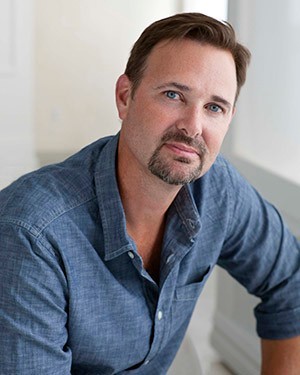 Travis Foster, PhD, offers an important new study of popular literature’s role in refashioning and resisting white supremacy in an emergent post-emancipation climate in his new book, Genre and White Supremacy in the Post-emancipation United States.

Brooke Hunter, PhD, published a new book Forging Boethius in Medieval Intellectual Fantasies (Routledge, 2018). Dr. Hunter's book examines the influence of the thirteenth-century Pseudo-Boethian forgery De disciplina scolarium on medieval understandings of Boethius (died 524 CE). Tracing the popularity of De disciplina’s vision of Boethius in the middle ages in relation to its current scholarly neglect, Dr. Hunter shows how medieval schoolmen saw themselves and the past, and how modern scholars imagine the medieval past. In exploring this alternate Boethian persona through a variety of different works including texts of translatio studii et imperii, common school texts, the poetry of Geoffrey Chaucer, and humanist writings, Dr. Hunter's book reveals a new vein of medieval Boethianism that is earthy, practical and even humorous.

Joseph Drury, PhD, is the author of the book, Novel Machines: Technology and Narrative Form in Enlightenment Britain was published by Oxford University Press in 2017. It argues that many of the most important formal innovations in eighteenth-century fiction were critical responses to the new prominence of machines in Britain’s Industrial Enlightenment. His second project explores the representation of idolatry and iconoclasm in eighteenth-century culture. He is also currently working on an essay on "Science" for the upcoming Oxford Handbook of Samuel Johnson.

Alan Drew, MFA, had his second novel, Shadow Man, published by Random House in May 2017, and was named a one of the “Best Mysteries of 2017” by the Wall Street Journal. His first novel, Gardens of Water, was published by Random House in 2008 and received widespread critical praise. His work has been translated into twelve languages and published in over twenty countries.  Prof. Drew’s writing has appeared in the Los Angeles Times, Omnivoracious, Glimmer Train, The Manchester Review, Largehearted Boy, Fogged Clarity, among others.

Jean Lutes, PhD, had an article, "Legendary Affect: Intimacies in Willa Cather's Death Comes for the Archbishop," published in the Studies in the Novel journal. Dr. Lutes's essay uses affect theory to better understand Willa Cather’s master experiment with legend in Death Comes for the Archbishop (1927). Treating emotions not as interior to individuals but as dynamic impressions within social networks, she connects the novel’s deliberate, nondramatic continuity of feeling to Cather’s understanding of the legend as a genre. The novel articulates the value of legends repeatedly, and Cather viewed Archbishop itself as a legend. The novel’s serene, inexorable narrative of incomplete intimacies celebrates bonds of faith and love, even as it documents failures of understanding and the weaknesses of personal attachments as a form of resistance to oppression. Discovering what she calls “legendary affect” at work does not absolve Archbishop from complicity with racist regimes and colonial enterprises, and the speed with which the text moves on can act as a silencing mechanism. Yet its resolute pace allows Cather to register some of the most elusive and disturbing dimensions of cross-cultural encounters. The essay evolved from research Dr. Lutes conducted with the help of her student Amanda Gerstenfeld ’20 CLAS, now a senior English major and a member of the department's Student Advisory Council.

Alice Dailey, PhD, had an article, "Little, Little Graves: Shakespeare's Photographs of Richard II,” published in the Shakespeare Quarterly journal. Dr. Dailey's essay argues that the play's many static, inset images of a dead King Richard function through a "temporal aesthetics" that cannot be summarized by the concept of the king’s two bodies, as Ernst Kantorowicz influentially argued. In place of this paradigm, Dr. Dailey invokes "the photographic phenomenology of Roland Barthes and Susan Sontag to describe how Richard generates images of his grave to proliferate himself across multiple temporal dimensions." Richard objectifies himself as a corpse while by imagining himself in the position of someone contemplating his grave after his death. By capturing himself in images of morbid stillness, Richard deploys a "photographic technology of aesthetic objectification and scopic anticipation."

Kamran Javadizadeh, PhD, recently published his article, "The Atlantic Ocean Breaking On Our Heads: Claudia Rankine, Robert Lowell, and the Whiteness of the Lyric Subject," in PMLA, the official journal of the Modern Language Association. He argues that, in Citizen: An American Lyric, Claudia Rankine discovers new forms of lyric subjectivity by rerouting the expressive lyric’s investment in the singular self, recognized in well-­established lines of American genealogy, into a sustained and historicizing attention to dispersed networks of black kinship. She does so in a revisionary allusion to Robert Lowell’s Life Studies and thereby lays bare the fact that his landmark book, which she treats as a paradigm of the expressive lyric tradition, relies on the (usually unspoken) whiteness of its lyric subject for the force of its autobiographical disclosures. Dr. Javadizadeh is also at work on a book that connects the institutional structuring and theorizing of modern American poetry at mid-century to the institutionalization and mental illness of so many of the period's poets (Pound, Lowell, and Plath, for example) and argues that modernist and New Critical notions of impersonality underwrite postwar poems of mental breakdown.

Tsering Wangmo, PhD, recently published an article in the journal boundary 2 discussing the rhetoric surrounding sovereignty, compromise, and equality in relation to Tibet. In her article, Dr. Wangmo observes that since 1950, the Chinese government has determined the status and position of Tibetans, but it has not won the battle for Tibetans’ hearts and minds. On the contrary, ongoing Tibetan resistance under Chinese rule points to serious fissures in the Chinese state’s ideological and cultural project of “liberating” Tibet. 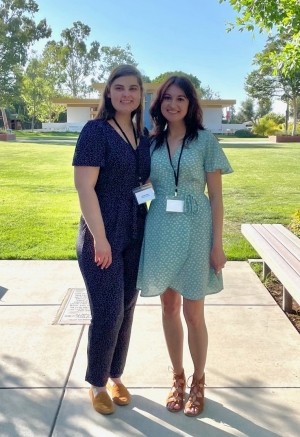