The AAN announced in a June 18 press release that among the highly distinguished nursing leaders chosen for induction are Associate Professors Tamara Kear PhD, RN, CNS, CNN; Ruth McDermott-Levy, PhD, MSN, MPH, RN; and Jennifer Yost BSN, PhD, RN.  Each is also an alumna of the College. The inductees will be honored at a ceremony during the Academy's annual policy conference, Transforming Health, Driving Policy, which will take place October 24-26, 2019 in Washington, D.C.

Villanova Nursing alumna Maria van Pelt ‘04 MSN, ‘15 PhD, CRNA, associate clinical professor and Nurse Anesthesia Program Director at the Bouvé College of Health Sciences at Northeastern University in Boston, is also among this new class of fellows, which represents 38 states, the District of Columbia, as well as 17 countries.

Through a competitive and rigorous process, the new fellows were selected based on their “impressive contributions to increase access, reduce cost, and improve quality through nursing theory, practice, and science,” according to the AAN release.

“We congratulate our faculty and alumni who are being inducted into the American Academy of Nursing and are proud to say that four Villanova Nurses are among this class of accomplished nursing leaders,” says Donna S. Havens, PhD, RN, FAAN, Connelly Endowed Dean and Professor, who was inducted into the Academy 15 years ago. “These teacher-scholars have been relentless in their leadership and innovative approaches to problem solving and have built science that has a positive impact on the health of patients and populations. 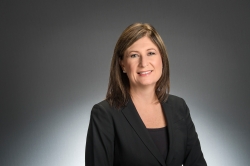 Dr. Kear has been a principle and co-investigator for numerous national studies, generating a body of internationally recognized research investigating safety in nephrology settings and subsequently publishing best practices from the findings. As the sole nursing research consultant for a large health system, she develops and facilitates research and evidence utilization programs for 2,900 practicing nurses. She has also led the American Nephrology Nurses Association (ANNA) in developing and implementing strategies to advance evidence-based practice and research initiatives, an association for which she currently serves as president. Overall, she has nationally and regionally expanded the generation, availability, and utilization of research and evidence by nurses through developing and implementing innovative programs at the university, health system, and nursing association levels. 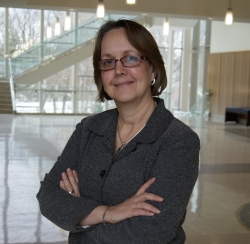 Dr. McDermott-Levy’s global public health approach to nursing has had a state, national, and international impact.  Statewide and nationally, she has advanced nurses’ response and knowledge of environmental health risks including fracking and climate change through her research and publications; the 2012 ANA Healthy Energy Choices resolution; and the 2017 AJN award winning e-textbook Environmental Health in Nursing.  Internationally, she has educated nurses from Oman; supported health access in Nicaragua; promoted immigrant health access in the US; led a study to determine ethical principles of global health nursing practice; and completed a Fulbright-Saastamoinen Foundation Health and Environmental Sciences Scholar in Finland. Her planetary health approach in her work which has focused upon major global environmental threats such as climate change, health impacts of energy choices, migration of people, and the ethical practices within a global nursing community has had a wide-ranging impact upon nursing and vulnerable populations she serves. 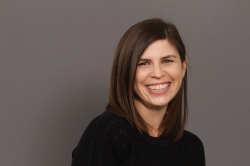 Dr. Yost is leading improvements in the transfer of research for informed health care decisions. Her research program of systematic reviews and testing of interventions for research use with interdisciplinary and international partnerships have increased the uptake of knowledge in clinical practice leading to changes for better patient outcomes. Her contributions have culminated in leading worldwide initiatives aimed at reducing wasteful and unethical research that in turn negatively impacts patient outcomes. With organizations, such as the Evidence-Based Research Network, she advocates for transparent and systematic consideration of prior research before the design, funding and conduct of new research so that existing knowledge is appropriately built upon to reduce research waste and ultimately save lives.