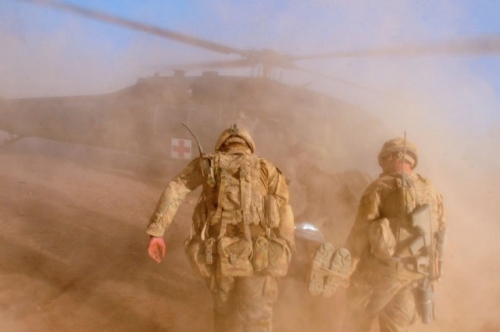 Situated thousands of miles away from his home, in southern Afghanistan’s landscape of rugged mountains where people have long known strife, Navy Lt. Cmdr. Joe Delino, NC, USNR, ’09 MSN, CRNA, spends his days treating children and adults who have been wounded by improvised explosive devices or gunshots.

Delino, who worked as a flight nurse in Iraq in 2007, is currently serving a seven- to eight-month deployment in Tarin Kowt - the capital of Uruzgan province in southern Afghanistan. A relatively isolated town of about 104,000 people located a little more than 200 miles south of Kabul, Tarin Kowt was the site of the first Pashtun - the largest ethnic group in Afghanistan - uprising against the Taliban. The citizens overthrew their Taliban governor in 2001, which marked a turning point in the war against the Taliban  for now President Hamid Karzai. Framed by mountains, the only way into Tarin Kowt via the ground is a road often attacked by the Taliban. 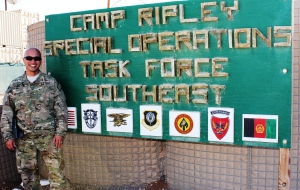 When he is not responding to patients, Delino said he tries to keep himself busy by reading, exercising and drilling - which essentially means conducting trauma practice. Rest and relaxation are especially important, he noted, because they are on call 24 hours a day, seven days a week.

He, and those he works with, routinely perform life- and limb-saving surgery. Delino was on active duty for eight years before entering Villanova’s master’s anesthesia program and is now an active reservist and is on staff as a CRNA at Peninsula Regional Medical Center in Maryland.

When he is in the U.S., Delino drills at Walter Reed National Military Medical Center in Bethesda, Maryland. During the drills, he and other members of his unit perform plastic, urologic, and ear, nose and throat surgeries.

Thanks to Navy Lt. Cmdr. Joe Delino, NC, USNR, ’09 MSN, CRNA who shared some photos from his "office."