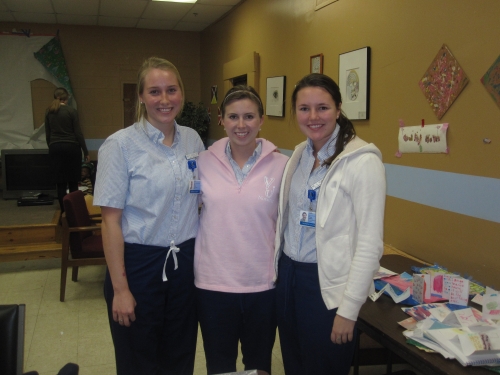 According to a recently published report by the National Center on Family Homelessness, one in 45 U.S. children is homeless. This number has steadily risen over the past few years, and in the city of Philadelphia, this is no exception. The city has a significant number of shelters available for homeless individuals and families but is struggling to meet the growing demand. Families are staying in the shelter longer, mainly due to the lack of affordable housing in Philadelphia. According to the “City of Philadelphia 10 year Plan to End Homelessness,” families are staying in emergency housing for an average of 95 days and of the 2011 families in shelters in 2005, 37% had four homeless episodes  in three years and 62% had a shelter stay over a year.

The fastest growing portion of this homeless population is women and children. With the number of homeless children displaced or in shelters, the health of this population is also a growing concern. Children experiencing homelessness are more likely to have poor overall health due to lack of healthcare access and nutrition, which in early childhood can have long-term health consequences and implications for cognitive development in children.

Understanding the need to educate our future nurses about this population and the nation’s healthcare disparities, a beneficial relationship has developed among pediatric faculty, students and The Children’s Hospital of Philadelphia (CHOP). As a young nurse, adjunct faculty member Misty Conlan, MSN, RN was one of the original volunteers in CHOP’s homeless health project. At that time, it looked much different. As Villanova’s College of Nursing sought additional opportunities to expose nursing students to different ways in which they could impact the local neighborhoods and learn about what nurses can do in community roles, she immediately thought of CHOP’s Homeless Heath Initiative (HHI) and fellow alumna Sally Poliwoda, BSN, RN who is a member of this initiative. College of Nursing Visiting Clinical Instructor Kathryn Reynolds, MSN,CPNP, RN also became involved to help develop this relationship and expose students to this area of nursing.

HHI began in 1988 when a group of CHOP residents saw the need to create health care access for homeless children. Residents provided acute medical care at emergency shelters in West Philadelphia. Today, the program provides services to children and families in shelters including medical and dental care, hearing and vision screenings, health and parenting workshops, and interactive parent-child development activities.

Poliwoda, representing nursing on the HHI leadership team, was instrumental in integrating Villanova nursing students as part of this initiative. She became involved with HHI as a newer staff nurse 25 years ago when she first started working in CHOP’s emergency department. “At that time, we were just a group of concerned nurses and residents who wanted to connect kids living in shelters to medical care and provide some parent education and support” she recalls. Today, Poliwoda works closely with a variety of professionals, residents and other volunteers to continue to bridge the healthcare gap for children who are homeless.

In late October 2011 during their pediatric  clinical practicum at CHOP, 16 students volunteered as the first cohort for the HHI experience. On one designated night for their HHI experience, three students would travel to one of the three city shelters affiliated with the initiative. The nursing students were involved in this experience not only as clinical care providers but also as community-based educators. At the shelters, students interacted with children and families, viewing a life unfamiliar to them. Through the use of creative projects and games like Memory, the students taught the children about nutrition and exercise. One group played “restaurant” with the children; creating a menu with healthy and unhealthy choices and asking the children to choose the most nutritious meal and explain why they chose that meal. The students also spent time with nurses and physicians treating children and taking vital signs. A second group of nursing students continues this partnership this spring.

Reynolds has the students journal about their experiences in the shelter and noted that the students are “very impressed with the volunteer team from CHOP. They are witnessing a dramatic example of health disparities.”  Reynolds also mentioned the importance of having a leader from this program that can help guide the students, noting “Sally has been an unbelievable mentor to the students and helped this become a valuable senior level service learning experience.”

Conlan also noted Poliwoda’s effect on the community and the students, expressing “Sally is known for her dedication to serving the population that surrounds CHOP both in and outside of the hospital. The students have been inspired by her and she has shown them that service goes beyond their four years at Villanova.”

While tending to these children’s physical needs is important, one student noted the significance of acknowledging their psychosocial needs as well. “As nurses, fostering hope in these children is essential;” noted senior Sinead Kimmey of Norwood, Mass. “One 6th grade boy I worked with was very smart. When I asked him about school he talked at length about how astrology was his favorite subject. I tried to encourage his interests and emphasize his strengths because dropping out of school is not uncommon in this population,” she explains. Another student, Suzanne Finley of Berwyn, Pa., an adult learner in the BSN program, stated “Sometimes, people think that healthcare occurs in the hospital only, but this gave me a different outlook on that…it has opened my eyes and given me a more diverse perspective on healthcare.”

The nursing students have witnessed a dramatic example of health disparities and the profound impact of the experience has led several students to independently continue their involvement with the initiative. Through their volunteer efforts, students have helped to have a positive impact on these children and families but, as Poliwoda notes, “the children and the moms in the shelter have probably impacted the students to a greater degree.”

For more information on the HHI, please visit: http://www.chop.edu/about/chop-in-the-community/homeless-health-initiative/