The MacDonald Center will seek to combat this worldwide epidemic.

Villanova, PA, June 1, 2011--Obesity rates in the United States have reached epidemic proportions. Two-thirds of adults are either overweight or obese and 17 percent of adolescents and children age 5 and older are overweight. Individuals who are obese have a significantly increased risk of death from all causes as compared with those who maintain a healthy weight. The rise of obesity and its associated medical co-morbidities, such as cardiovascular disease and diabetes, has led to a call to action from all segments of society, including health professionals, educators, government agencies, community planners, politicians and the food industry.

In response to this health crisis, the College of Nursing at Villanova University will establish the MacDonald Center for Obesity Prevention and Education. Combating the escalation in obesity demands a parallel increase in educational efforts. The Center ultimately will foster the development of healthy life styles and behaviors among Americans through the education of health professionals, community groups and the public. Funded by the Take Shape for Life and the MacDonald Family foundations, the Center will include national experts to advise on the latest developments in combating this epidemic. The Center will serve as a model for the promotion of healthy weight management, obesity prevention and intervention through education. Its goals include the creation of programs in obesity education and obesity management; relationships with health agencies and corporations for customized employee programs; and related scholarly endeavors for faculty, students and the community.

The planning for staff and programs has commenced, with the official opening slated for October 6. 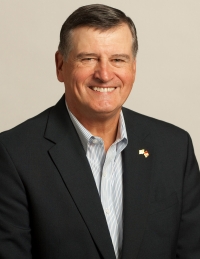 Col. (Ret.) Bradley T. MacDonald ’71 A&S has initiated funding from the Take Shape for Life and the MacDonald Family foundations to provide support for the new center.

Funding from the foundations was at the initiation of Col. (Ret.) Bradley “Brad” T. MacDonald ’71 A&S, executive chairman of the Board of Medifast, Inc. and cofounder of Take Shape for Life. The family foundation is named after his grandfather, Dr. Charles E. MacDonald, a notable and highly decorated Army surgeon who was an early pioneer in fighting tropical diseases and in developing the first motorized U.S. Army ambulance used in combat prior to World War I. In the family tradition, Brad MacDonald is a retired U.S. Marine Corps Reserve colonel, having served 28 years, and a former Augustinian who credits his education at Villanova for his success as an executive. He was named the 2006 “Entrepreneur of the Year” in the consumer products category by Ernst and Young for the State of Maryland and is vice chairman of the Marine Corps Reserve Toys for Tots Foundation.  MacDonald demonstrates a deep commitment to his community of faith, the Marine Corps and his extended family and community at large.

“Augustinians like Father John Melton, O.S.A., and Father Larry Gallen, O.S.A., have had and continue to have a major impact on my life,” said MacDonald. “Dr. Louise Fitzpatrick and her staff share the same Augustinian values of building a community of nurses and health-care professionals that can have a positive impact on the lives of thousands of professionals and paraprofessionals who look to Villanova University and the College of Nursing for leadership in examining and educating their students on the major health issues of our day.”

Notes Dean Fitzpatrick, “The generosity of the Take Shape for Life and MacDonald Family foundations addresses a critical health concern and has the potential to improve public health through education. The Center’s programs will provide for interdisciplinary collaboration and enhance the capacity of nurses to implement effective strategies for prevention and health promotion.”

Due to the role of nurses in the care and education of the public and their frequent opportunities to interact with diverse populations, they potentially can make a key contribution to addressing this issue. Nurses influence a variety of environments, including schools, community centers, workplaces, food manufacturers and vendors, hospitals, health practitioner offices, public health departments, and professional and political organizations.

The College of Nursing is positioned to play a significant role in promoting obesity prevention and intervention education of health professionals, educators, students and community members. Through the united expertise of nurses, registered dietitians and other health professionals, the MacDonald Center for Obesity Prevention and Education will endeavor to mobilize strategic actions to address the obesity epidemic.