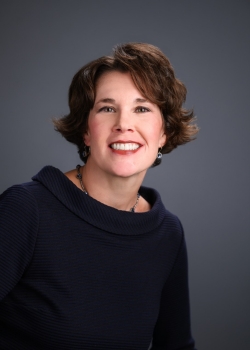 Associate Professor Melissa O'Connor, PhD, MBA, RN, FGSA, FAAN, of Villanova University’s M. Louise Fitzpatrick College of Nursing (FCN), has been funded as a co-investigator on an R01 from the National Institute of Health’s National Institute for Nursing Research for a five-year implementation science study “I-Transfer” (Improving transitions and outcomes of sepsis survivors). The study team will, in real-time, examine the effect of the skilled home health care (HHC) intervention provided to patients recovering from sepsis in their community setting.

Acute care hospitals discharge over 1.5 million sepsis survivors annually and over one-third of them transition to skilled HHC after their hospitalization where nurses monitor for reinfection, support uninterrupted medication management, and work with patients, caregivers, other providers to bolster continued recovery.

As the largest HHC study of its kind and the first to transform this type of care through implementation science, the study has the potential to produce new knowledge about the process of transition to and care in home health. If effective, the impact of this intervention during this common transition process could be widespread, improving the outcomes for a growing, vulnerable population of sepsis survivors.

“Dr. O’Connor and colleagues are conducting critical science with I-Transfer, anticipated to have a major positive impact on patient health with targeted nursing home health care, as their intervention, in parallel, dismantles some of the exorbitant financial burden on the health care system related to the toll of sepsis,” explains Donna S. Havens, PhD, RN, FAAN, Connelly Endowed Dean and Professor.

“I am delighted to be a co-investigator on this incredibly important, implementation science study,” says Dr. O’Connor. She is also the director of FCN’s Gerontology Interest Group (The GiG) and is a fellow in the Betty Irene Moore Fellowship Program for Nurse Leaders and Innovators. She notes, “More deaths occur from sepsis than opioid overdoses, breast and prostate cancer combined. Sepsis survivors are twice as likely as non-sepsis patients to be readmitted within 30 days with inpatient costs between $23.7-27 billion per year.  We, as a country, can do better.”

The I-Transfer study is based on HHC best practice evidence generated by this team’s previous study (RO1-NR016014) that showed the value of early visits by registered nurses and early outpatient provider follow-up. In their prior work, the team found that 30-day rehospitalization rates were 7 percentage points lower (a 41% relative reduction) when sepsis survivors received a HHC nursing visit within 2 days of hospital discharge, at least 1 more visit the first week, and an outpatient provider follow-up visit by 7 days compared to those without timely follow-up. However, nationwide, only 28% of sepsis survivors who transitioned to HHC received this early visit protocol because several barriers to achieving this protocol exist.

An advisory group of national experts will assist with widespread dissemination of the I-Transfer study results.