Collaborating for the future of healthcare 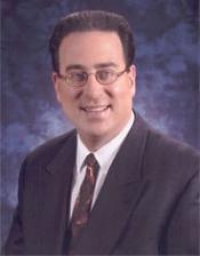 “I firmly believe that the future of medicine and the best way to treat patients will be a collaborative relationship between multiple specialties including physicians, nurses and pharmacists all bringing their clinical skills together,” says family practice expert Brian McDonough, MD, FAAFP.

Even if you don’t know Dr. McDonough by sight, you may know his voice. A Philadelphia native and member of the College of Nursing’s Board of Consultors since April 2012, he is well known for his work in radio and television. Dr. McDonough has won four Emmy Awards during a 20-year career with Fox television and his medical features are syndicated on more than 500 media outlets throughout the country.

Dr. McDonough also shares his expertise with the next generation of physicians as he oversees the St. Francis Family Medicine Residency Program, as well as the St. Clare Medical Outreach Van - essentially a full-service doctor’s office on wheels. The van delivers medical care to people who are homeless, poor and uninsured. As part of the van program, staff vaccinate children, fill prescriptions and provide ongoing medications for those with chronic illnesses and acute medical issues. He also oversees the hospital’s Center of Hope, which provides primary healthcare to medically underserved populations in Newark, Del., particularly those in the Latino community.

Dr. McDonough received his medical degree from Temple University and has been honored with numerous awards for his work in the clinical, journalism and education arenas. He is also on the Medical Advisory Board for Omnia Education., Inc., for which he helps with the continuing medical education for physicians and nurses nationwide.

“The role of nursing is growing,” says Dr. McDonough, “There is still a tremendous need for nurses serving in traditional roles but there is no doubt that growth of clinical nurse specialists, NPs and DNPs requires top nursing schools to adapt and grow.  This is very exciting.”   He sees the position of the College of Nursing in the future of healthcare, noting “Over the years I had the opportunity to attend various events and speak with leaders in my role as a medical reporter and have always been impressed with the way the nursing school stresses research, clinical exposure and professionalism in nursing. There is a tremendous energy and excitement surrounding the learning environment.”

Collaboration is something in which Dr. McDonough believes. He offers, “Having a small role in adding perspective to curriculum development is a great opportunity.”