"Liberty in the Things of God:

The Christian Origins of Religious Freedom" 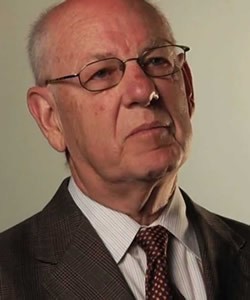 The term “religious freedom” was first used in the third century. Writings from early church leaders and medieval thinkers defended the freedom and dignity of human beings and laid a foundation later generations could build upon. As tradition was buffeted “by the rough torrent of occasion,” the Reformation of the sixteenth century, a doctrine of religious freedom as a natural right belonging to all human beings took shape. In the seventeenth century, its form can be seen in the writings of Roger Williams, John Owen, the English separatist, William Penn, John Locke, and in the eighteenth century in Philip Furneaux, whose Essay on Toleration was read by James Madison.

This lecture is approved by the Pennsylvania Continuing Legal Education Board for 1 substantive CLE credit.

From one of the leading historians of Christianity comes this sweeping reassessment of religious freedom, from the church fathers to John Locke

In the ancient world Christian apologists wrote in defense of their right to practice their faith in the cities of the Roman Empire. They argued that religious faith is an inward disposition of the mind and heart and cannot be coerced by external force, laying a foundation on which later generations would build.

Chronicling the history of the struggle for religious freedom from the early Christian movement through the seventeenth century, Robert Louis Wilken shows that the origins of religious freedom and liberty of conscience are religious, not political, in origin. They took form before the Enlightenment through the labors of men and women of faith who believed there could be no justice in society without liberty in the things of God. This provocative book, drawing on writings from the early Church as well as the sixteenth and seventeenth centuries, reminds us of how “the meditations of the past were fitted to affairs of a later day.”

Robert Louis Wilken is the William R. Kenan, Jr. Emeritus Professor of the History of Christianity at the University of Virginia. He is an elected fellow of the American Academy of Arts and Sciences and past president of the American Academy of Religion, the North American Patristics Society, and the Academy of Catholic Theology. He is chairman of the board of the Institute on Religion and Public Life, the publisher of First Things. Professor Wilken’s most recent book is Liberty in the Things of God: The Christian Origins of Religious Freedom (Yale University Press, 2019). Among his other books are The First Thousand Years: A Global History of Christianity (2013), The Spirit of Early Christian Thought: Seeking the Face of God (2005), The Land Called Holy: Palestine in Christian History and Thought (2004), The Christians as the Romans Saw Them (2003), John Chrysostom and the Jews (1983), and Remembering the Christian Past (1995).  He has taught at the Lutheran Theological Seminary of Gettysburg, Pennsylvania, Fordham University, the University of Notre Dame, the Institutum Patristicum (Augustinianum) in Rome, the Gregorian University (also in Rome), and Providence College. Professor Wilken received his Ph.D. from the University of Chicago.