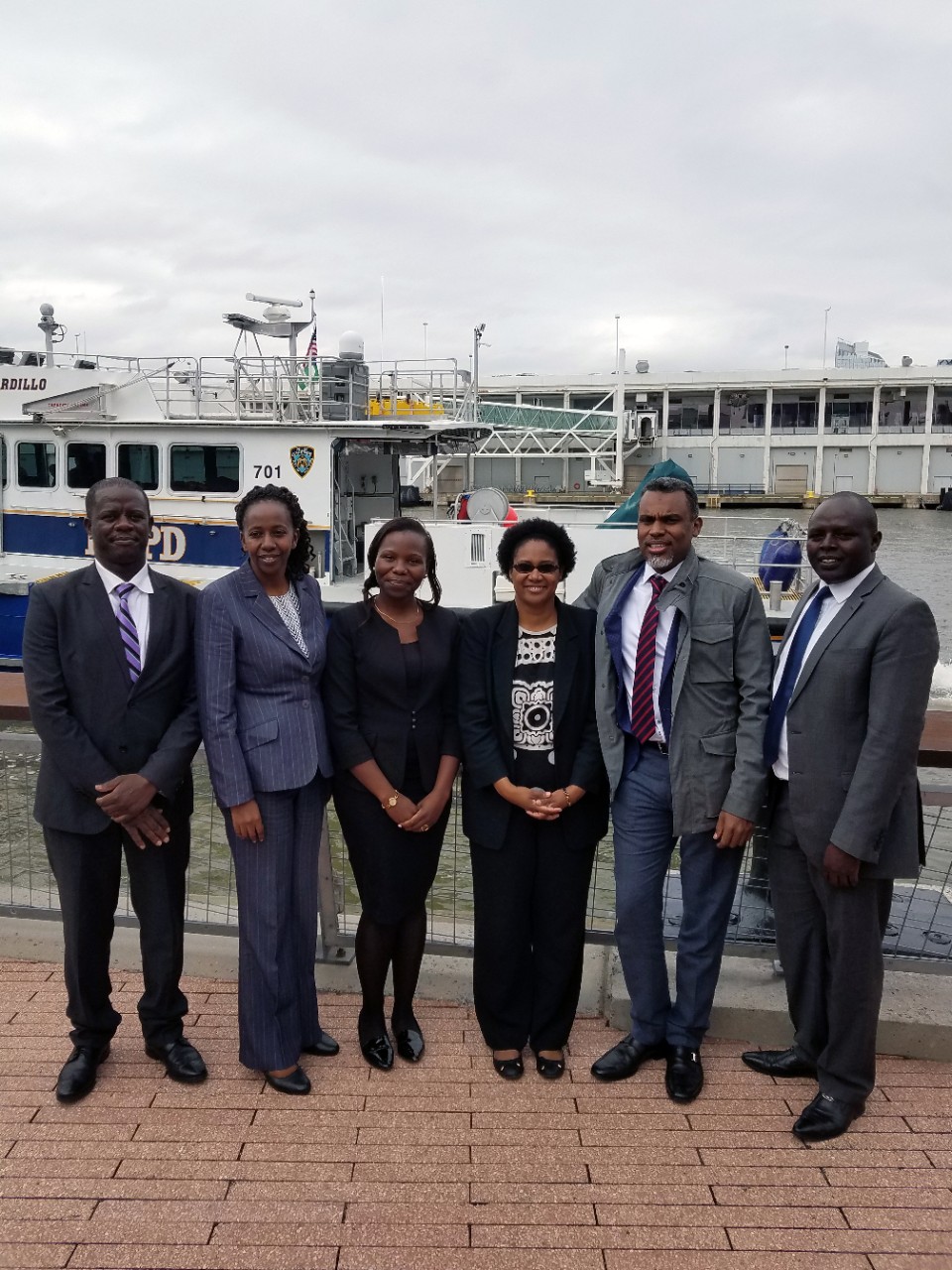 Pictured: Tomika Patterson '03 (3rd from right) standing next to Noordin Haji, Director of Public Prosecution for the Republic of Kenya (2nd from right), along with other members of the Kenyan delegation.

“I always stress to my students: if you have a passion for something, you need to go for it. Take advantage of every opportunity while you still have it.” These are words of advice from Tomika Stevens Patterson ’03, one Villanova Law alum who lives by her words and seizes every opportunity. Her career has taken her from associate at a large firm to adjunct professor at Villanova to Nairobi, Kenya, where she now serves as the Resident Legal Advisor at the U.S. Department of Justice in the Office of Overseas Prosecutorial Development, Assistance & Training.

Patterson entered law school knowing exactly what she wanted to focus on: criminal law. She took multiple courses on the topic, participated in externships and worked closely with her mentors. Although she always had an interest in international law, she never anticipated her career would take her to Kenya.

Patterson believes the foundational work she received at Villanova came together years later in her current position. “Villanova Law is at the core of everything I’ve been able to achieve,” Patterson explained. “I respect that so much.”

Patterson was an associate at Morgan, Lewis & Bockius LLP before achieving her goal of working in the U.S. Attorney’s Office. For over 10 years, she has been an Assistant United States Attorney at the U.S. Attorney's Office for the Eastern District of Pennsylvania, working as a federal prosecutor in the corruptions section. While with the U.S. Attorney’s Office, Patterson also served as an adjunct professor at Villanova Law for a judicial externship class. In October 2018, she began her current position in Kenya, where she is focused on administration of justice and is working to reform Kenya’s legal system to become more efficient and fair. Patterson handles issues that pertain to accessing justice, such as assisting the judiciary and prosecution teams with enhancing their case resolution techniques. She also concentrates on increasing access to legal representation, specifically with juveniles, who often get caught in the legal system, detained for long periods of time or have their cases delayed in court.

While in Kenya, Patterson has also been serving as the Head of Section for the Department of Justice at the Embassy in Nairobi, where she supports the initiatives of the U.S. Ambassador. She has found this role challenging but extremely interesting and rewarding, and it has helped her build many additional skills that will be beneficial when she returns to the United States.

“My time at Villanova Law set the groundwork for becoming a federal prosecutor,” Patterson acknowledged. “That, in turn, led to achieving my dream of being in the U.S. Attorney’s office, which in turn, led me to the position in Kenya.”

Patterson sums up the most important takeaway from her vast experiences: “If you’re passionate about your career in law, take advantage of every opportunity while you’re a student. Make your experience work for you, instead of trying to figure out how to fit into the Law School format. If you just try to fit in, you’re not going to get all that Law School offers.”