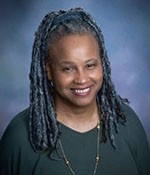 Ruth Gordon, Professor of Law at Villanova University Charles Widger School of Law, was recently awarded a 2019-2020 U.S. Fulbright Scholar Program grant by the U.S. Department of State and the J. William Fulbright Foreign Scholarship Board to conduct research in Hong Kong. She will be at the University of Hong Kong from August-December 2019.

Each year the Fulbright Scholar Program offers nearly 470 teaching, research or combination teaching/research awards in over 125 countries. Recipients of Fulbright awards are selected on the basis of academic and professional achievement as well as a record of service and demonstrated leadership in their respective fields.

Gordon will use her Fulbright to research and write her forthcoming book, Development Disrupted: The Global South in the 21st Century. The book explores how technology and an evolving international economic and political order are altering the development landscape. “Global South” is a term used to describe countries seen as low and middle income in Asia, Africa, Latin American and the Caribbean. The ninth chapter in particular will focus on climate change and its impact on developing countries in the Global South.

“Climate change poses a significant threat to the entire world, but especially for impoverished countries that don’t have sufficient resources,” said Gordon. “The epicenter of climate change efforts and initiatives is in southeast Asia, with China at the forefront. They are advancing clean and renewable energy, and they, along with other countries in the Global South, may be able to join the modern world with newer technologies that are more sustainable. My Fulbright will look at the impact that the modernization of developing countries will have on the global environment.”

“I am thrilled to have Ruth selected for a Fulbright award,” said Mark C. Alexander, The Arthur J. Kania Dean. “Receiving a Fulbright is truly an honor, and as a former Fulbright Scholar and member of the J. William Fulbright Foreign Scholarship Board myself, I know that her time spent in Hong Kong will be a highlight of her career. She will return to Villanova with a new perspective on the global environment that she can then share with our community.”

Prior to her time at Villanova Law, Gordon clerked for U.S. District Court Judge John L. Kane and was a staff attorney for the Lawyers’ Committee for Civil Rights Under Law. She was a member of the firm, Blum, Nash & Railsback, as well as the Law Offices of former Ambassador Robert Van Lierop, where she assisted him in his role as the Ambassador for Vanuatu to the United Nations.