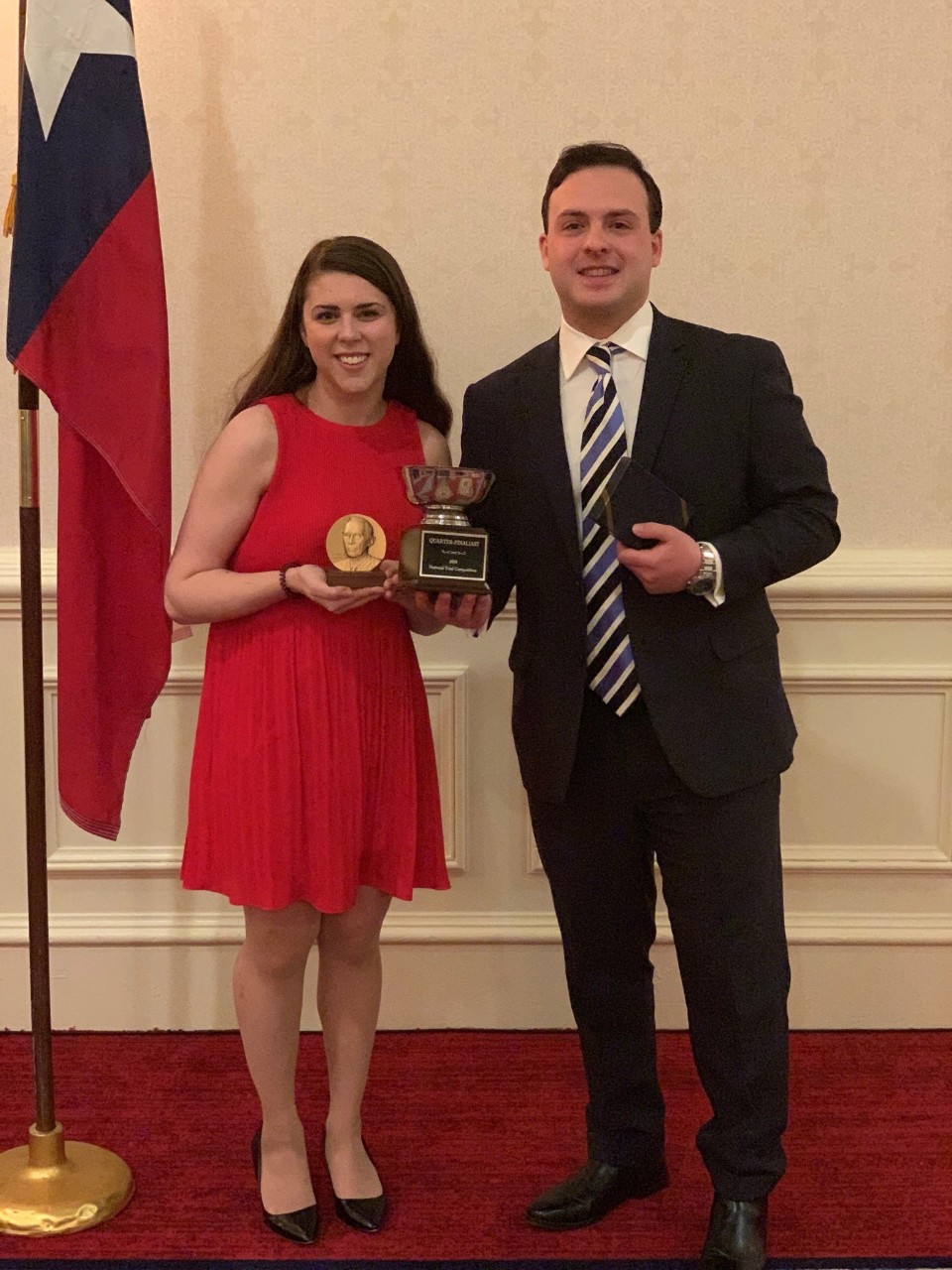 Members of Villanova Law's National Trial Team—Brittany Frederick ’20 and Jerry Rassias ’19—recently finished as quarterfinalists in the National Trial Team Competition Championship in San Antonio, Texas, ranking the team among the top eight out of more than 250 law school trial teams in the nation.

Since 1975, the Tournament has served to encourage and strengthen students' advocacy skills through quality competition and valuable interaction with members of the bench and bar. It is considered the premier trial advocacy tournament in the country.

Nationwide regional competitions are held in February and the two top finishers qualify for the national competition. The Villanova Law team won the Pennsylvania Regional Competition in Philadelphia to advance to the National Trial Competition Championship where they then competed against 30 other regional winners. The case that Frederick and Rassias prepared and tried involved a complex insider trading scheme.

The tournament is sponsored by the American College of Trial Lawyers and was held from March 28 – March 30. The team was coached by Brian McBeth ’15, a Bucks County Public Defender, and Steven Patton ’15 and Zachary Wynkoop, Assistant District Attorneys in Philadelphia.