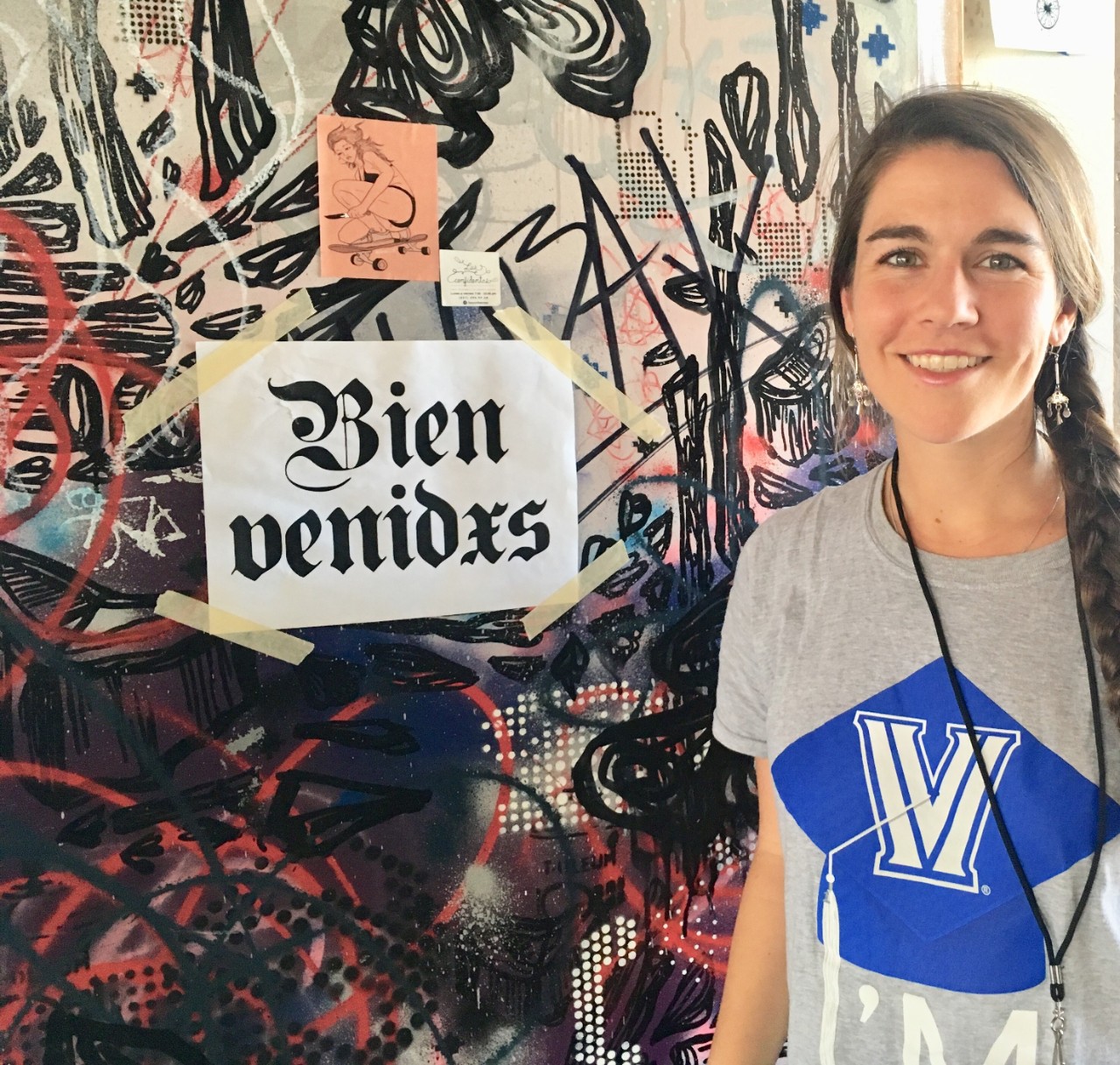 While some students may take a sunny vacation to Mexico during the winter months to relax and rejuvenate, Villanova Law student Sarah Baranik de Alarcón ’19 traveled to the southern border to gain hands-on legal experience. Baranik and Professor Caitlin Barry, Director of the Farmworker Legal Aid Clinic (FLAC), traveled to Tijuana, Mexico for five days in January to provide legal assistance to asylum-seekers at the U.S./Mexico border. The unforgettable experience was made possible for Baranik by the faculty mentorship she received from Barry and her involvement with FLAC and the Clinic for Asylum, Refugee & Emigrant Services.

Prior to traveling to the border, Barry supervised Baranik for Pennsylvania “Know Your Rights” trainings in 2017 and 2018, during which Baranik and other law students informed immigrants about legal rights and potential eligibility to qualify for immigration status.

“I met Professor Barry in my first semester of law school,” Baranik said. “She gave me the opportunity to start interning with the Clinic, where I served as a Spanish interpreter, and she gave me a vision for how I could use my legal mind to work for the good of others. She inspired me with the way she conducts herself as an advocate, but also with the sincere concern she has for the people we work with as individuals.”

Baranik and Barry volunteered at the border with Al Otro Lado (AOL), a nonprofit organization providing legal services to migrants in Tijuana. While in Tijuana, they presented on the U.S. asylum process to asylum-seekers, with Baranik leading a presentation to approximately 40 asylum-seekers explaining the Credible Fear Interview (CFI). The CFI is used as the basis on which U.S. immigration officials determine an individual’s eligibility for asylum.

“During the CFI, asylum-seekers are asked why they left their home countries and to explain their fear of return, but people often don’t know how to articulate that, or what events or experiences in their past would be important to share as they are asking for asylum. Our goal was to inform them and help AOL identify individuals who were most vulnerable,” Baranik said.

Baranik and Barry also met individually with about 20 migrants to discuss their specific cases and potential grounds for asylum.

“A lot of people just needed somewhere to share their stories. I felt really honored to be there just to listen to them,” she said.

According to Baranik, Barry has played an instrumental role in providing guidance throughout her time at Villanova Law—both personally and professionally.

“What I admire most about Professor Barry is that she works in an emotionally intense environment but is also able to set clear boundaries with her work,” Baranik said. “She embodies both care of others and self-care. She encourages students to take the time they need to care for themselves, which is crucial for managing the academic demands of law school and emotional demands of working with vulnerable populations, such as refugees and asylum-seekers. She encourages students to think about their positions of privilege and recognize the unjust systems that we can challenge and change.”

Baranik is slated to graduate in May 2019. She was awarded a Fulbright and following graduation she will spend nine months in Brazil studying the impact of implementation of Brazil's immigration law.