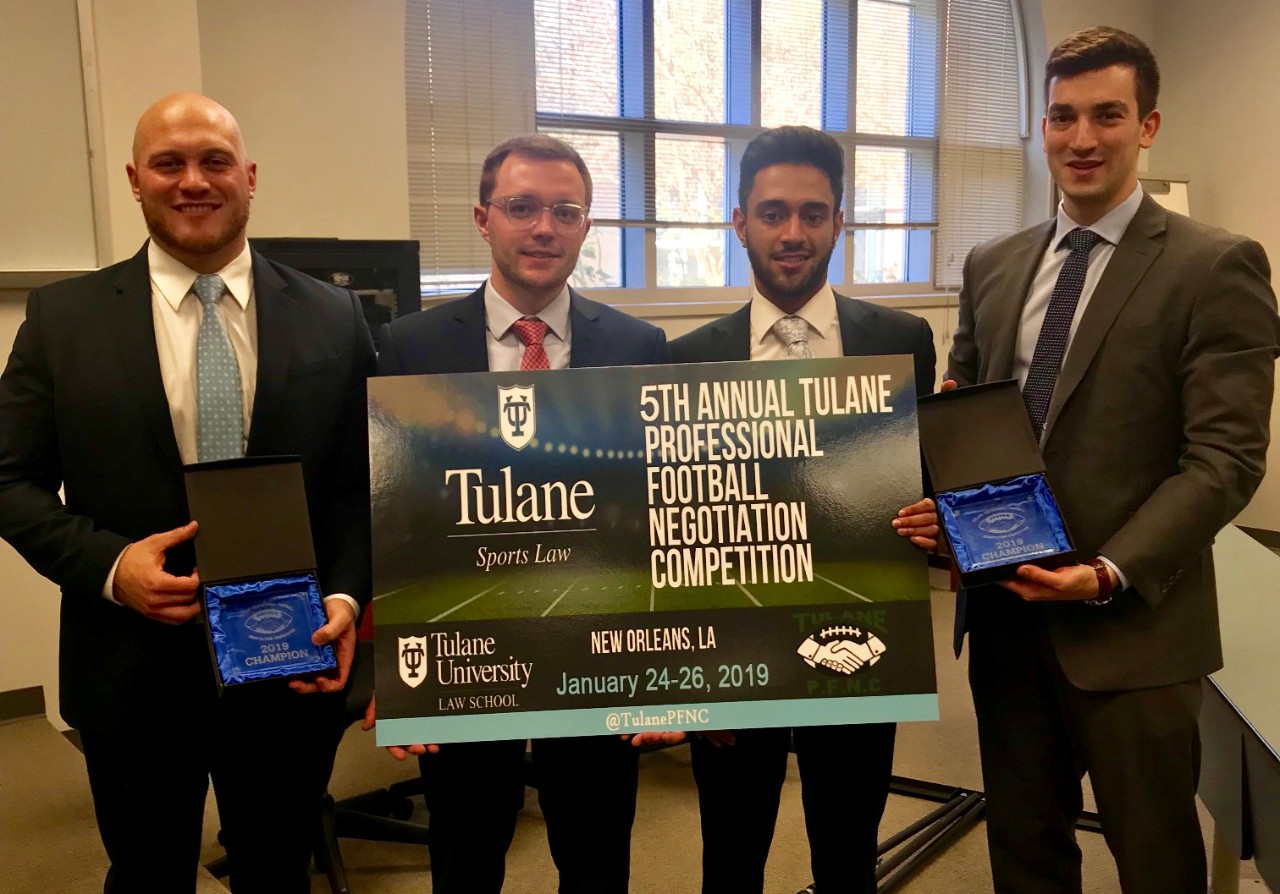 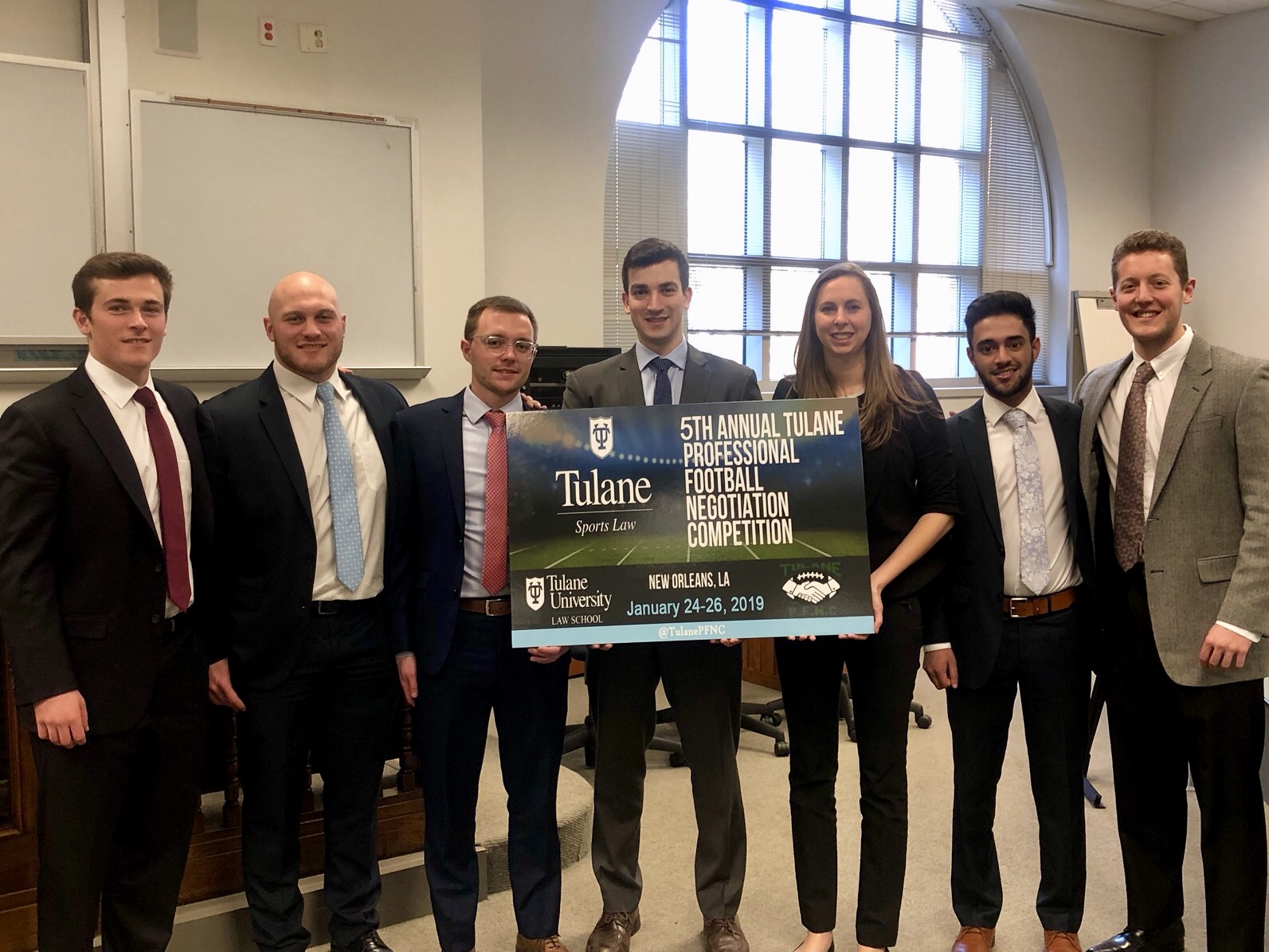 A team of students from Villanova University Charles Widger School of Law recently competed in and won the Fifth Annual Tulane Professional Football Negotiation Competition, sponsored by the Tulane Sports Law Society. The competition provided participants with the opportunity to sharpen their negotiation skills as well as their knowledge of NFL contracts.