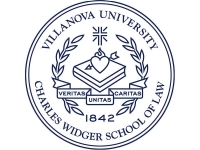 Villanova University Charles Widger School of Law will mark its annual commemoration of the legacy of Dr. Martin Luther King Jr., with a keynote lecture in January 2019 as part of a University-wide celebration.

"'Give Us the Ballot': Reflections on the Struggle for the Right to Vote for the 90th Birthday of Martin Luther King, Jr."

Brenda Wright is the Senior Advisor for Legal Strategies at Demos. She has led many progressive legal and policy initiatives on voting rights, campaign finance reform, redistricting, election administration and other democracy and electoral reform issues and is a nationally known expert in these areas. She has argued two cases before the U.S. Supreme Court: Randall v. Sorrell (campaign finance) and Young v. Fordice (voting rights). She has written extensively on democracy and voting rights issues in both popular and scholarly publications. She has appeared frequently in print and broadcast media on these issues.

Before joining Demos in 2007, Brenda served as Managing Attorney at the National Voting Rights Institute in Boston. She also served previously as Director of the Voting Rights Project at the Lawyers’ Committee for Civil Rights Under Law in Washington, D.C.  She is a member of the Board of Trustees of the Lawyers’ Committee for Civil Rights Under Law, the Board of Directors of Common Cause Massachusetts and the advisory board of the Prison Policy Initiative. She received her law degree from Yale Law School and her B.A. from Bryn Mawr College.