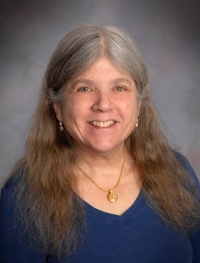 Villanova Law Professor Ellen Wertheimer, an expert on products liability and tort law, has been nominated and elected as a new member of the American Law Institute (ALI), the leading independent organization in the United States that produces scholarly work to clarify, modernize and improve the law.

The Institute’s mission is to “promote the clarification and simplification of the law and its better adaptation to social needs, to secure the better administration of justice, and to encourage and carry on scholarly and scientific legal work.” Being named a member is a prestigious designation, and Wertheimer now joins a group of distinguished individuals, including prominent judges, lawyers, and law professors, who bring perspectives, talent, wisdom and dedication from a variety of legal concentrations to the important work of the Institute.

“This is a wonderful accomplishment, reflecting Ellen’s exemplary career as a teacher-scholar dedicated to the development of the law,” said Mark C. Alexander, The Arthur J. Kania Dean of Charles Widger School of Law.

Along with fellow academics, judges and practitioners, Wertheimer has served on an advisory group for ALI for several years in the drafting process for the Third Restatement of Torts:  Intentional Torts to Persons. ALI is working to distill the general principles of torts into different subject matters within torts, such as injuries to persons, injury to property, product liability and more, so they can serve a guiding function to the courts.

“I am thrilled to be nominated and I am looking forward to getting more involved with ALI,” said Wertheimer. “This is an outstanding organization to be a part of, and I see it as a source of service to the legal profession.”