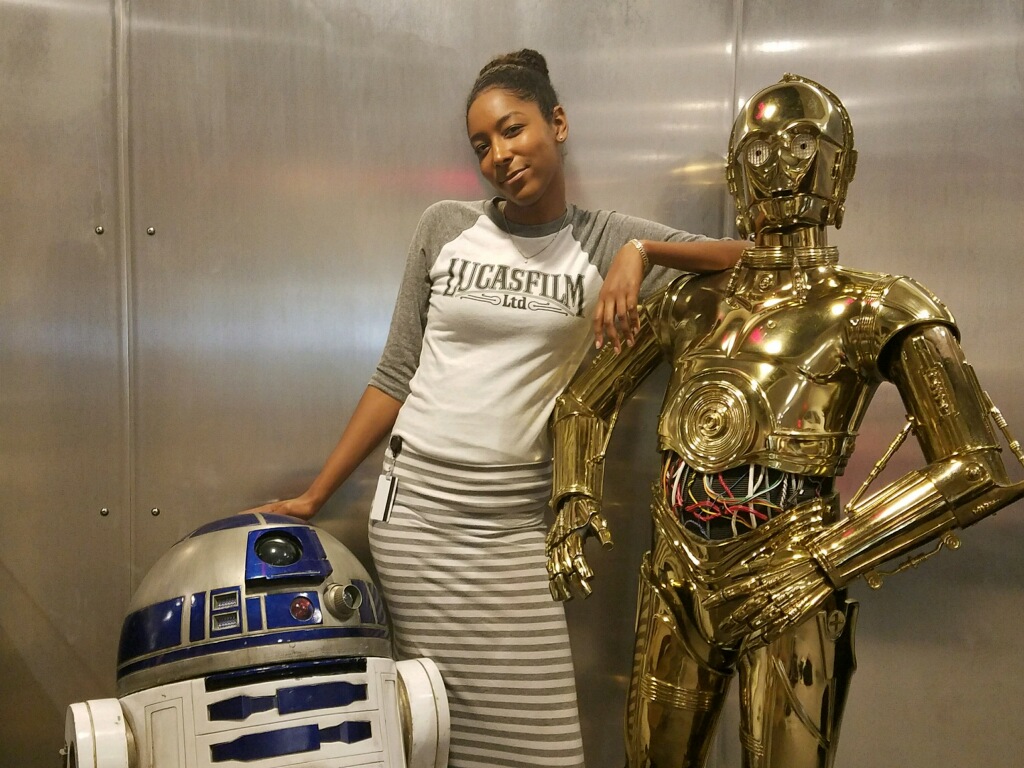 At Villanova Law, our students utilize their legal skills while turning their passions into practice. In the summer of 2017, Marlena Smith ’18 landed a coveted externship with the film production company, Lucasfilm, Ltd. LLC, which is responsible for classic film franchises such as Star Wars and Indiana Jones.

Smith first became interested in the entertainment industry as an undergraduate Public Relations major. She was able to further solidify her career interests and desire to attend law school during an internship with NBC Universal. When the chance to combine her two interests appeared, Smith did not let fear get in her way.

“I could have easily been too intimidated to apply to the externship, which would have eliminated myself from such a rare opportunity,” said Smith. “I was shocked when I actually landed the position.”

With her legal education in tow, Smith relocated to San Francisco for three months for her externship in Lucasfilm’s Business and Legal Affairs department. She credits her Villanova Law education for giving her a bit of a leg up in terms of adjusting to work within a large corporation and the daily workload.

“Lucasfilm is part of the larger Walt Disney Company,” explained Smith. “In my classes I learned about partnerships and corporations, which helped me understand how Lucasfilm, as well as other companies like Pixar and Marvel, fit within the larger organization.”

For Smith, a typical day included meetings with other departments from IT to public relations dealing with issues that required the attention of Business and Legal Affairs. She spent a large part of her time focusing on intellectual property research, product infringement and contracts.

“The most valuable skill I’ve learned in legal education is undoubtedly legal analysis,” Smith said. “This was particularly true for solving problems and assessing all available options in a situation.”

Colleagues at Lucasfilm shared their professional experiences with Smith, which she cites as inspiration for shaping her own professional career path.

“I had an amazing experience at Lucasfilm, and it further solidified my desire to work in that industry,” she said. “The attorneys that I worked with inspired me to develop a personal career path based on some of their experiences that ultimately led them to Lucasfilm.”

One piece of advice Smith wants to give students who have similar career aspirations: don’t be afraid.

“Do not be the one who takes yourself out of the race and denies yourself an opportunity for fear of your chances to land it.”