The curious case of orchids and over-criminalization 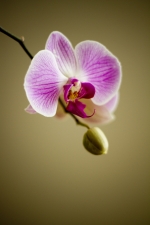 Was it a case of a paperwork technicality? Or was it an international criminal conspiracy?

Those are the questions raised by NPR Marketplace’s podcast The Uncertain Hour as it explored the story of George Norris, an orchid enthusiast convicted in 2004 of conspiracy to smuggle into the United States protected orchid specimens from Peru.

Norris’s case—which resulted in a 17-month federal prison sentence for the defendant—is often used by advocates who argue that there are too many federal regulations with criminal consequences, a concept known as over-criminalization

Todd Aagaard, Vice Dean and Professor of Law, spoke extensively to The Uncertain Hour about the case, which he prosecuted during his tenure with the U.S. Department of Justice, Environment & Natural Resources Division.

All species of orchid are protected under the Convention on International Trade in Endangered Species of Wild Fauna and Flora (CITES), a treaty to which the United States and Peru, along with over 160 other nations, are parties.

Norris and his co-conspirator, Manuel Arias Silva, admitted to misrepresenting endangered orchid species not authorized for export as an approved species included on their CITES permit. To conceal their activity, Arias would provide Norris a code or “key” that would provide a means for deciphering the false labels and identifying the true species of the orchids.

In the years following the case, Norris has come to be described as a “hobbyist with a green thumb (who) went to prison for messing up some paperwork about orchids.”

Yet he admits in the podcast that he intentionally mislabeled an endangered species as a less protected species in order to bring the orchids into the country.

Norris said of his actions, “We followed the laws where ever they made sense. There were a lot of dumb regulations that were made with no regard to what it took to protect the plants. The federal government just doesn’t belong in the orchid business.”

Many, including Norris, have questioned whether his 17-month federal prison sentence fit the crime.

“I’d have paid a fine or I’d have done probation. You put somebody in prison for flowers? I didn’t do anything to hurt anybody,” said Norris.

While Aagaard empathizes with the impact incarceration had on Norris and his family, the former DOJ attorney disagreed about the severity of the crimes.

“I am convinced looking at the documents in this case that something terrible had happened—when someone goes to that length to undermine an international system designed to protect rare species.”

Aagaard continued, “There is independently a harm when people lie to the government about what they’re doing. That undermines our entire system of trust on which we rest our government.”

“When someone takes it upon them self to decide that they shouldn’t be required to comply with the law, there is a moral consequence to that that deserves to be punished in some way under the criminal law.”

As for the argument about the matter being a minor paperwork violation, Aagaard explains that paperwork is how businesses are held accountable to the law and to the public.

He points to the EPA, OSHA and the Department of Labor as example of critical government agencies that rely on business to accurately report their conduct to the government.

“When somebody tries to subvert the entire system by misrepresenting something to the government, you have to have significant sanctions that treat these so-called paperwork and reporting violations every bit as significantly as violating environmental law by polluting too much, endangering your workers or bringing in the rare plant.”

Click here to listen to the entire episode. The segment on the Norris case begins at the 20:10 mark.