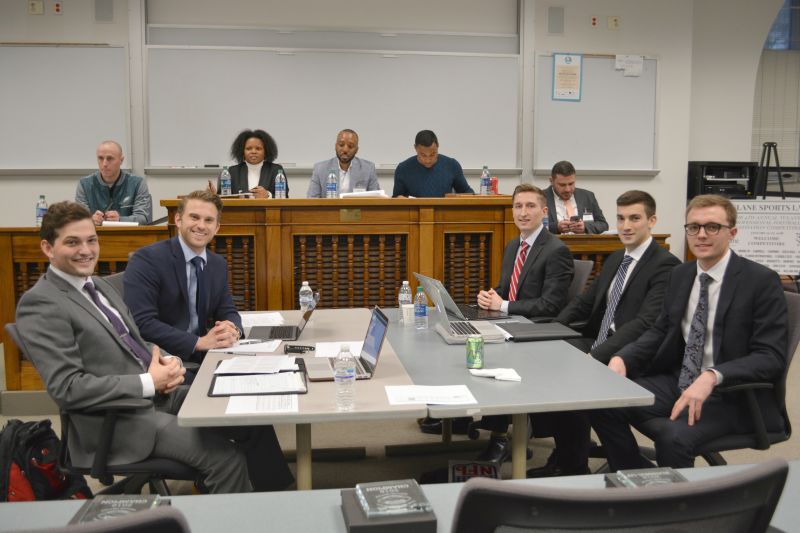 A team of students from Villanova Law recently competed and placed second in the 4th Annual Tulane Professional Football Negotiation Competition, sponsored by the Tulane Sports Law Society. This is the second time a Villanova team has advanced to the final round of this competition. A Villanova Law team previously won in 2017.

This year’s competition was chronicled in a recent Deadspin article, “How An NFL Contract Negotiation Goes Down.”

In the final round, teams from Villanova and Chapman University Fowler School of Law negotiated a fictional contract for Detroit Lions defensive end Ezekiel Ansah. According to the Deadspin  article, the competition was so close that judges considered calling it a draw. In the end, the Chapman team narrowly win with a 3-2 vote.

Industry experts—including representatives from the Chicago Bears, Green Bay Packers, New Orleans Saints, Miami Dolphins and Philadelphia Eagles—served as judges for each negotiation and concluded the competition with a discussion on relevant topics in the NFL. 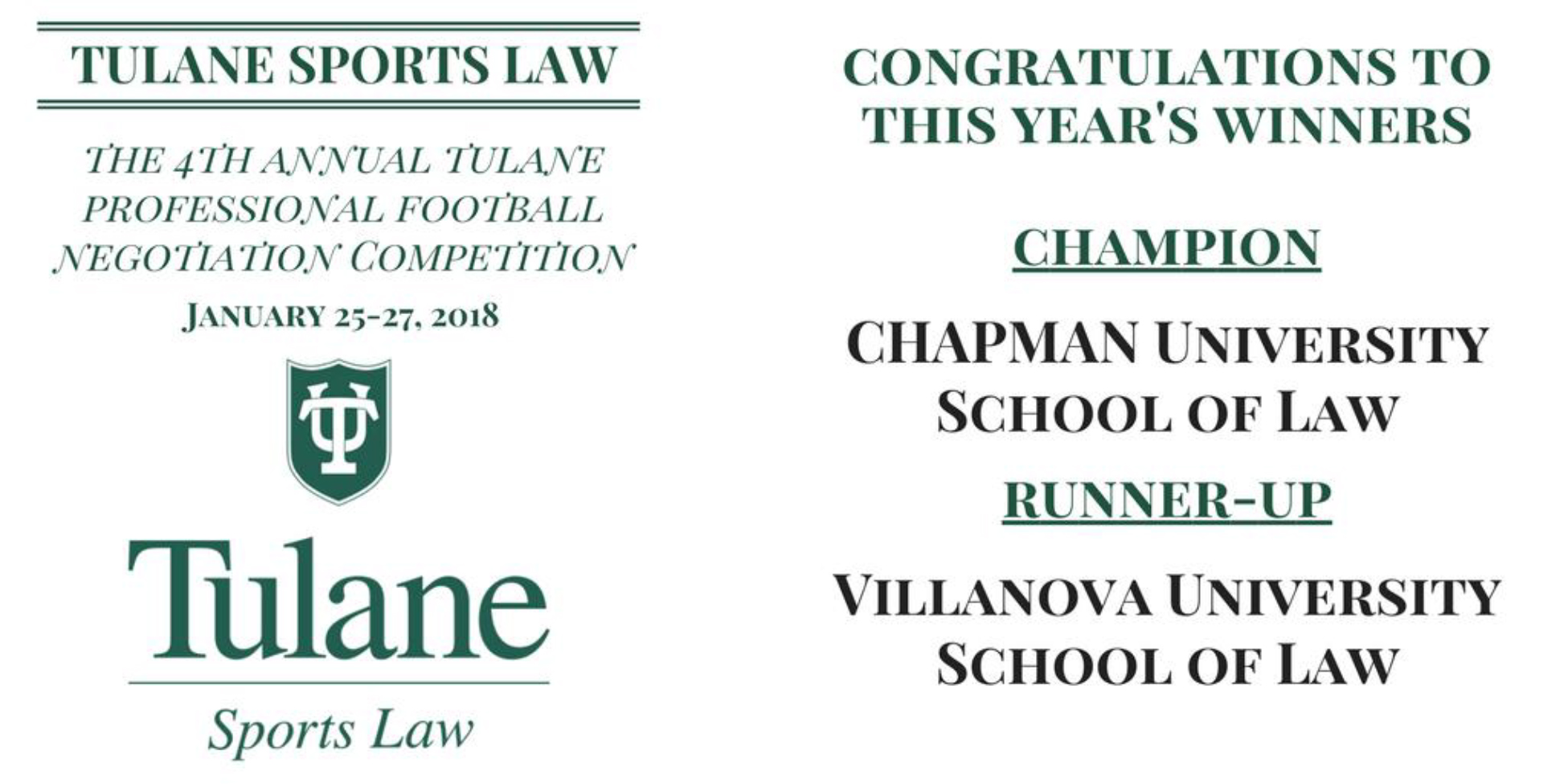