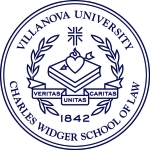 Villanova University Charles Widger School of Law will mark its annual commemoration of the legacy of Dr. Martin Luther King Jr., with a keynote lecture in January 2017 as part of a University-wide celebration. 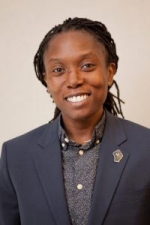 Alisha Williams is the Director of the LGBTQ Poverty Initiative. A graduate of the Benjamin N. Cardozo Law School in 2009, Williams has spent her career in public service law. Prior to joining the Vaid Group, she was a Senior Staff Attorney at the Urban Justice Center’s Peter Cicchino Youth Project. There, she worked with homeless youth, a group comprising a disproportionate number of people of color and members of the LGBTQ community, and advocated on matters relating to immigration and access to federal benefits. Williams served as the former Director of the Prisoner Justice Project at the Sylvia Rivera Law Project, a leading grassroots transgender legal advocacy and organizing group based in NY. She is a member of the 5BoroDefenders District Attorney Accountability working group, and has worked as an advocate with many grassroots groups and clients.