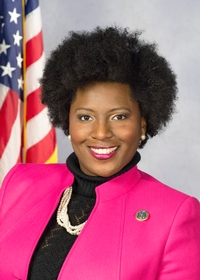 "I'm honored to have this added opportunity to work for criminal justice reform,” remarked Rep. McClinton. “Having served as an assistant public defender in Philadelphia for seven years, I am very familiar with how our criminal justice system works and how it needs to work better, to keep our communities safe and to help ex-offenders reintegrate into society."

Rep. McClinton joined the House of Representatives in 2015 after winning a special election. She currently represents the 191st Legislative District, which includes parts of southwest Philadelphia and Delaware County. As a Representative, McClinton also serves on the House Judiciary Committee, which has oversight of some state agencies, including the Pennsylvania State Police and Attorney General’s Office. While at Villanova, she interned at Regional Housing Legal Services, the Philadelphia District Attorney’s Office and the Defender Association of Philadelphia.