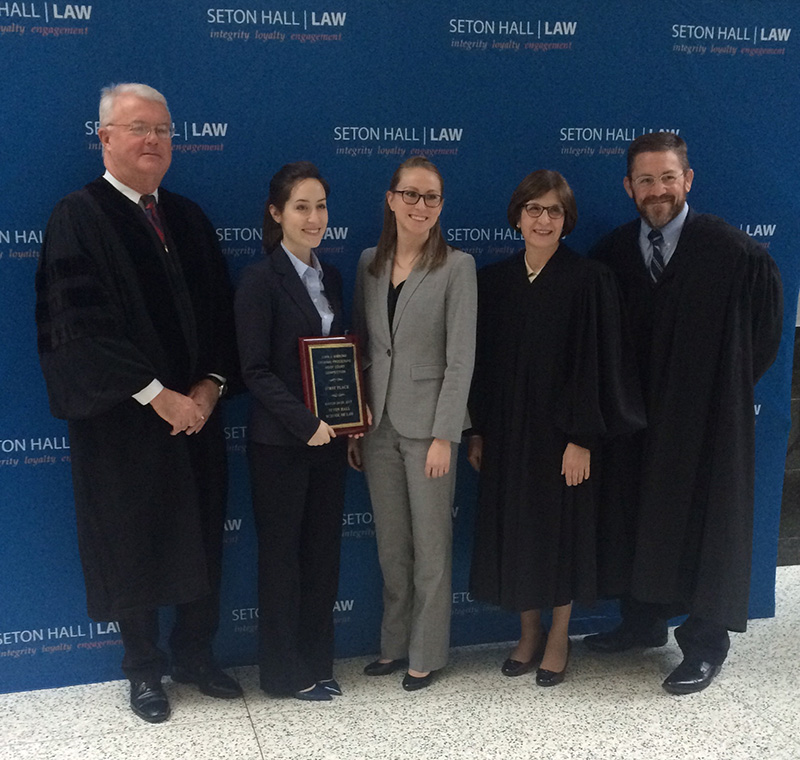 Sarah Burke ’18 and Kaitlyn Macaulay ’18 beat out 43 teams from 40 law schools for top honors at the competition, which focuses on timely issues of criminal procedure and criminal law.

For the competition, each team wrote a brief based on a given case from either the side of the plaintiff or of the defendant. Each team then argued both sides during oral arguments. Preliminary competition consisted of two rounds before moving to the finals.

The judges for the final round were the Hon. Michael A. Hammer, U.S. Magistrate Judge for the District of New Jersey; Justice Jaynee LaVecchia of the Supreme Court of New Jersey; and the Hon. William J. McGovern III of the New Jersey Superior Court.

In addition to winning the competition, Macaulay was awarded First Best Oral Advocate and Burke won the Second Best Oral Advocate Award. The team was coached by fellow students Katelyn Leon '17 and Kelly Weber '17, who are members of Villanova Law’s Moot Court Board.