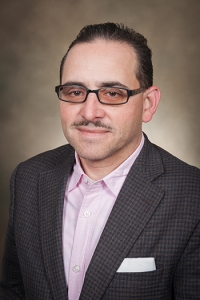 Villanova University Charles Widger School of Law will hold its annual Donald A. Giannella Memorial Lecture on Monday, April 24 at 3 p.m. in Room 101. Paul Horwitz, Gordon Rosen Professor of Law at University of Alabama School of Law, will present.

Horwitz is a leader in First Amendment scholarship. At University of Alabama Schoool of Law, he teaches courses pertaining to constitutional law, law and religion, and legal profession. He has authored numerous articles on the first amendment along with two books The Agnostic Age: Law, Religion, and the Constitution and First Amendment Institutions. He is a member of the popular legal blog Prawfsblawg and has written for The New York Times. He has been a visiting professor at University of Iowa, Notre Dame, and the University of San Diego and was an associate professor at Southwestern Law School in Los Angeles. He was formerly law clerk to the Hon. Ed Carnes of the United States Court of Appeals for the Eleventh Circuit.

Through the generosity of Professor Giannella’s family, colleagues, Law School alumni and other friends, an endowed fund was established to honor the distinguished scholar and beloved educator who died in 1974. The lectureship brings a leading scholar to Villanova each year; the presented paper is subsequently published in the Villanova Law Review.