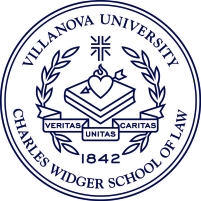 From household cleaning products and cosmetics to hand soap and food, Americans come into contact with thousands of different chemicals every day. For over 40 years, the Toxic Substances Control Act of 1976 (TSCA) allowed existing chemicals to remain on the market for use without review of their safety. Recently, Congress passed the Frank R. Lautenberg Chemical Safety for the 21st Century Act (LCSA), which updates federal regulation of chemicals to modernize TSCA. The LCSA affects chemical manufacturers and processors, as well as downstream businesses that use, import, export, or sell products containing chemicals. The 2017 Villanova Environmental Law Journal Blank Rome LLP Symposium will explore the business, environmental, and legal implications of the new legislation.

The Symposium takes place on Friday, February 10, 2017, from 9:00 a.m. to 12:30 p.m., in the Room 201 of Villanova University Charles Widger School of Law (299 North Spring Mill Road, Villanova). This program is approved by the Pennsylvania Continuing Legal Education Board for 3 substantive CLE credits.

Mr. Grant graduated from Northwestern University in 1984, Phi Beta Kappa, with a BA in political philosophy, and earned a JD from the George Washington University, with honors, in 1987.  After spending two years as a litigation attorney at the Washington, DC, law firm of Howrey and Simon, Mr. Grant has spent the remainder of his career in the EPA Office of General Counsel (OGC), as a staff lawyer and, since 1998, as a manager.  He has counseled extensively under the Resource Conservation and Recovery Act; the Comprehensive Environmental Response, Compensation, and Liability Act; the Clean Water Act; and the Toxic Substances Control Act (TSCA).  Mr. Grant currently serves as the Assistant General Counsel for TSCA and, as such, oversaw the formulation and delivery of OGC’s legal advice related to the development of the Frank R. Lautenberg Chemical Safety for the 21st Century Act and oversees the legal aspects of implementation of the new law.

Richard A. Denison is a lead senior scientist at the Environmental Defense Fund (EDF) in Washington, D.C.  Dr. Denison has over 30 years of experience in the environmental arena, specializing in policy, hazard and risk assessment and management for industrial and consumer chemicals and nanomaterials.  He recently served as a member of the National Academy of Sciences’ Standing Committee on Emerging Science for Environmental Health Decisions and its Board on Environmental Studies and Toxicology.  Dr. Denison has testified before various Congressional committees on the need for fundamental reform of US policy toward industrial chemicals.  He was a member of EDF’s team that worked jointly with the DuPont Corporation to develop a framework governing responsible development, production, use and disposal of nanoscale materials.  Dr. Denison received his Ph.D. in molecular biophysics and biochemistry from Yale University.

Todd G. Kantorczyk is a partner at Manko Gold Katcher & Fox in Bala Cynwyd, PA.  He has extensive experience advising clients on issues related to regulatory compliance, litigation, and transactional matters, particularly in the areas of air, climate change, and energy.  Mr. Kantorczyk’s practice has focused increasingly on issues related to natural gas production in the Marcellus Shale Region, including cutting-edge issues affecting the regulation of upstream and midstream natural gas operations under the federal Clean Air Act and state air quality statutes.  Mr. Kantorczyk has frequently lectured and written on issues related to natural gas production, climate change and other air related issues for The Legal Intelligencer, the Pennsylvania Bar Institute, the Philadelphia Lawyer, and other publications and organizations.  Mr. Kantorczyk received his J.D. from UCLA School of Law and his B.A. from Cornell University.

·      The Toxic Substances Control Act of 1976 provides EPA with authority to require reporting, record-keeping and testing requirements, and restrictions relating to chemical substances and/or mixtures. Certain substances are generally excluded from TSCA, including, among others, food, drugs, cosmetics and pesticides. TSCA addresses the production, importation, use, and disposal of specific chemical including polychlorinated biphenyls (PCBs), asbestos, radon and lead based paint.

·      This bill amends the Toxic Substances Control Act (TSCA) to revise the process and requirements for evaluating and determining whether regulatory control of a chemical is warranted.

·      The LCSA will promote America’s role as the world’s leading innovator; protect Americans’ health and the environment; and support economic growth and manufacturing in the United States.

·      Industry and government alike are touting the LCSA as a considerable upgrade and positive reform of the old TSCA, which proved to be ineffective.

·      The LCSA provides clarity to states, courts, and even retailers who, lacking guidance, have taken chemical safety measures on their own over the past several years. Providing objective scientific analysis provides certainty for industry and peace of mind to consumers. The LCSA updates the way in which the EPA regulates both new and existing chemicals and provides guidance for testing, reporting, the state-federal relationship, interpreting scientific results and handling fees.

·      Although there is a general consensus that the LCSA is a dramatic improvement over the old TSCA, there are some groups that have expressed concern over replacing the current broken regulatory system with legislation that does not put in place a strong, well-funded structure to test chemicals, evaluate the data, and then take action to rid hazardous substances from our lives does not serve the public's health.

·      Dr. Denison examines how the Lautenberg Act (S. 697) and the TSCA Modernization Act (H.R. 2576) address the problems in TSCA and concludes that a paradigm shift toward requiring affirmative evidence of a chemical’s safety in order to enter or remain on the market is needed.

·      The EPA published and answered FAQs regarding the LCSA.

·      TSCA Reform is expected to have a significant economic impact, primarily on manufacturers, given that chemical substances are used in 96 percent of all manufactured goods, including millions of consumer products such as automobiles, carpets, furniture and common household cleaners.

·      TSCA’s structure also made it difficult for EPA to restrict and ban new chemicals coming onto the marketplace.

·      TSCA Reform also encourages increased transparency for chemical information and requires EPA to make its safety review work available to the public and to Congress.

·      Prior to TSCA Reform, EPA had limited authority to take necessary actions to protect the public from toxic chemicals. Because TSCA did not require EPA to review the safety of chemicals already on the market when it was enacted in 1976, there are tens of thousands of chemicals in use today that have never been evaluated for safety.

·      TSCA Reform will be funded with user fees from chemical manufacturers and processors and through Congressional budgets.

·      EPA is expected to enact requirements with respect to the reporting and testing of, and record-keeping for, regulated chemical substances.

·      On June 22, 2016, President Obama signed into law the first major amendment to the TSCA since its enactment forty years ago.

·      TSCA Reform received bipartisan support in both the House of Representatives and the Senate.

·      Some advocacy groups still do not think the law is strong enough to empower EPA to ban chemicals that are harmful to human health. For example, the NRDC contends that the revisions to TSCA weaken the authority of states, making it harder for them to restrict the use of chemicals.