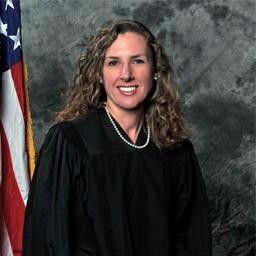 Villanova, Pa. – Mark C. Alexander, The Arthur J. Kania Dean of Villanova University Charles Widger School of Law, announced that Judge Cheryl Ann Krause of the United States Court of Appeals for the Third Circuit will address the Class of 2019 as the School’s commencement speaker and will also receive the Villanova Law Medallion Award in recognition of her achievements. Commencement will be held at 10:30 a.m. on Friday, May 17, 2019, in the Finneran Pavilion on the campus of Villanova University.

After her clerkship with the Honorable Anthony M. Kennedy, Judge Krause served for five years as an Assistant United States Attorney in the Criminal Division of the United States Attorney’s Office for the Southern District of New York, and was a lecturer at Stanford and Columbia Law Schools.

As a litigator at a large law firm in Philadelphia, she specialized in white collar criminal defense and government investigations, was a frequent author and speaker on topics pertaining to constitutional and criminal law, and lectured at the University of Pennsylvania Law School, where she founded an appellate litigation externship.

Judge Krause has served many professional, civic and charitable organizations in various capacities. In 2011, she founded the Philadelphia Project, a partnership between practicing lawyers and a non-profit organization in Philadelphia, to improve the quality of education for children with disabilities.

About Villanova University Charles Widger School of Law: Founded in 1953, the Villanova University Charles Widger School of Law provides broad-based legal education that is grounded in academic rigor, practical hands-on training and a foundation in business that prepares graduates for diverse and rewarding legal careers. The Law School, which is accredited by the American Bar Association, offers six in-house clinics and more than 250 externship opportunities that immerse students in the real-world application of their legal skills. Villanova is home to Centers of Excellence—the Eleanor H. McCullen Center for Law, Religion and Public Policy; the David F. and Constance B. Girard-diCarlo Center for Ethics, Integrity and Compliance; the John F. Scarpa Center for Law and Entrepreneurship; and the Jeffrey S. Moorad Center for the Study of Sports Law—which provide students the opportunity to pursue innovative, interdisciplinary legal fields through study, practical experience and mentorship.