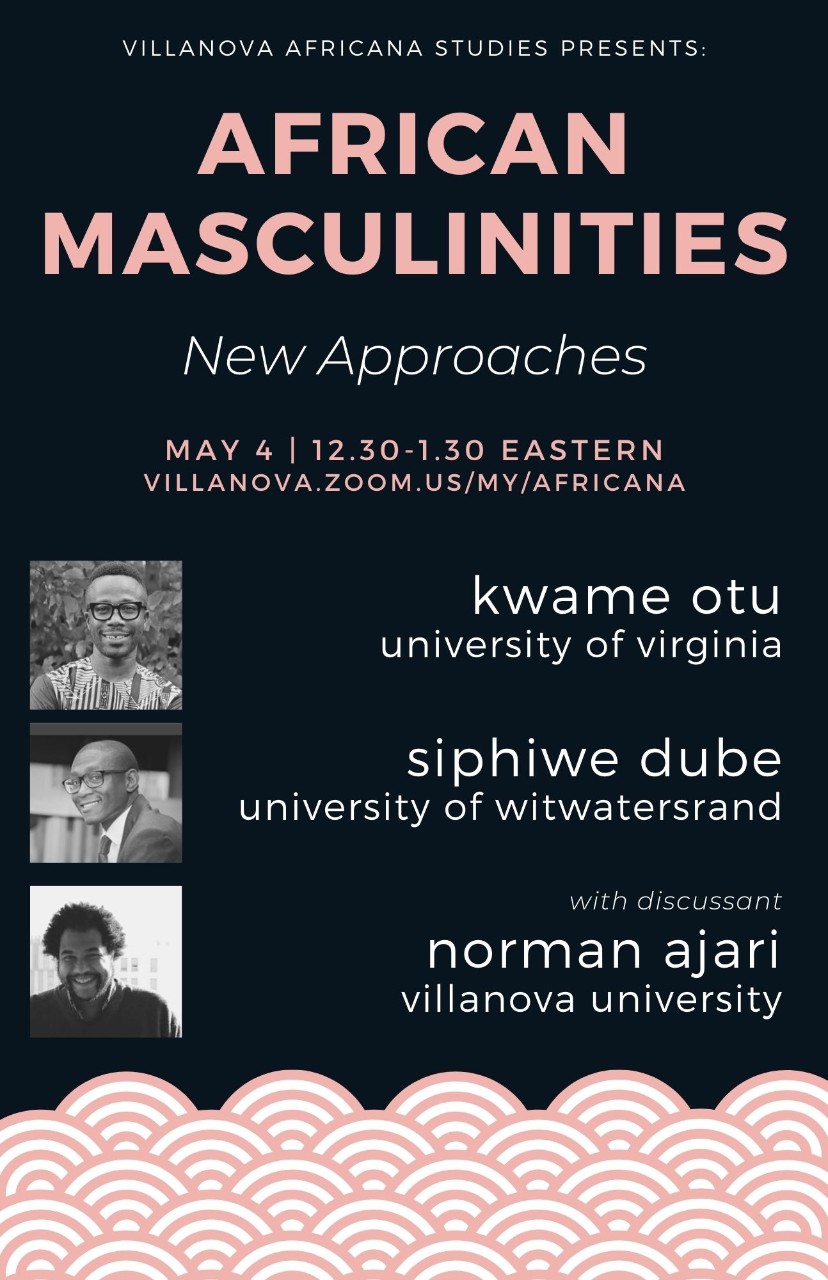 Please join us for a discussion of new scholarly approaches to African masculinities and their public import, featuring:

Kwame Otu, Assistant Professor of African-American and African Studies at the University of Virginia. Trained as an anthropologist, Otu’s research focuses on sexual citizenship, queer of color theory, and critical human rights studies. His book manuscript is entitled Amphibious Subjects: Sassoi and the Contested Politics of Queer Self-Making in Neoliberal Ghana. Otu wrote and starred in the short film “Reluctantly Queer.”

With discussant Norman Ajari, Assistant Professor of Philosophy at Villanova University. Ajari is a scholar of the philosophy of race, decolonial theory, and Continental philosophy, and he is the author of Dignity or Death? The Ethics and Politics of Race. He received his doctorate from the University of Toulouse and is a frequent commentator in French media on questions of race.

Denise Buell (Cluett Professor of Religion, Williams College), discussing "Christianity as a Source of Racism: Some Implications and Challenges”

Please register for this webinar and join us via Zoom on April 30 from 2 - 4 PM.

For more information, you can visit the Facebook event.

What Is Black Biblical Studies? Between the University, Community, and Church: April 19, 2021 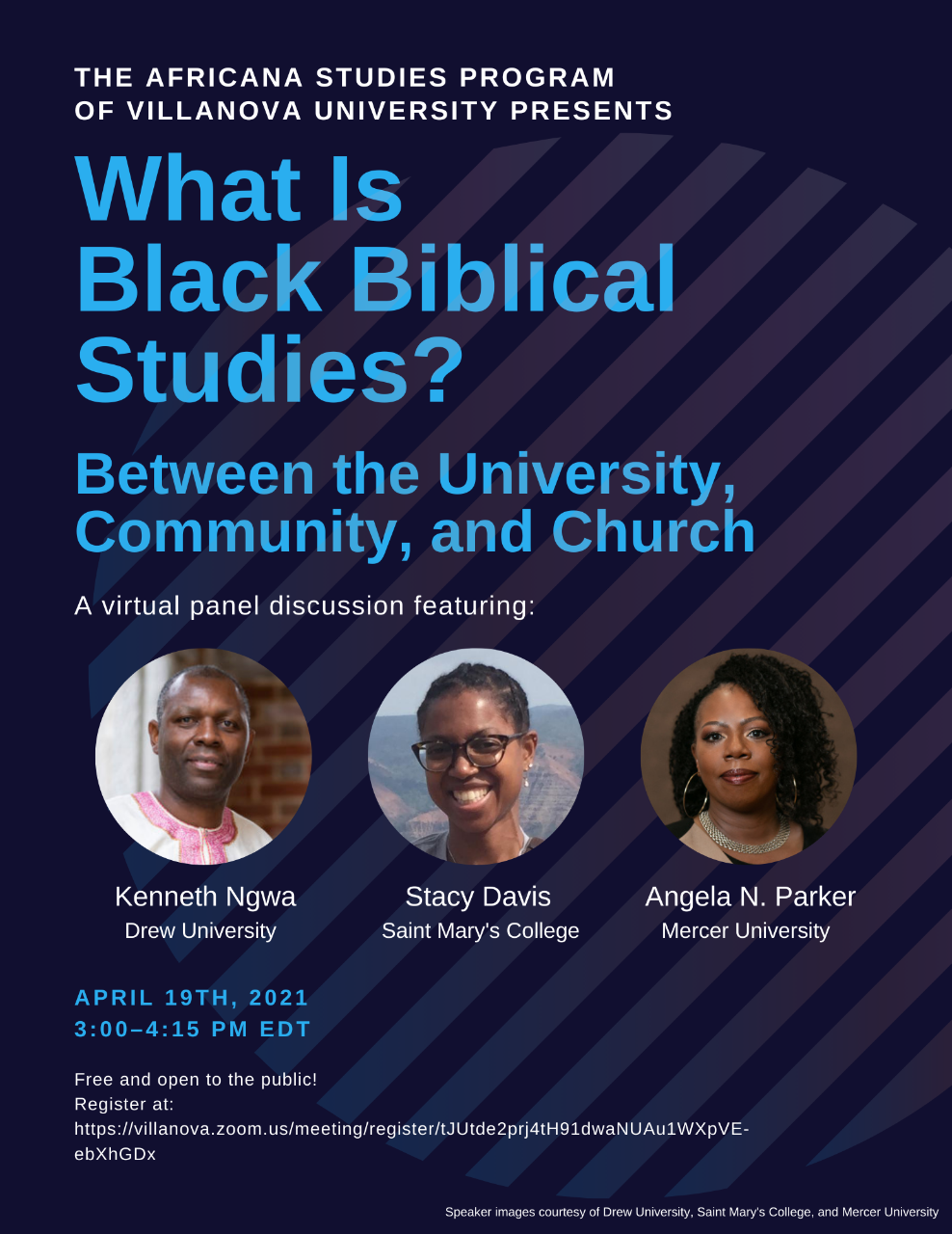 Join a discussion about Black Studies and Biblical Studies, with a focus on the relationship between scholarship and communal responsibility/activism, led by three experts: 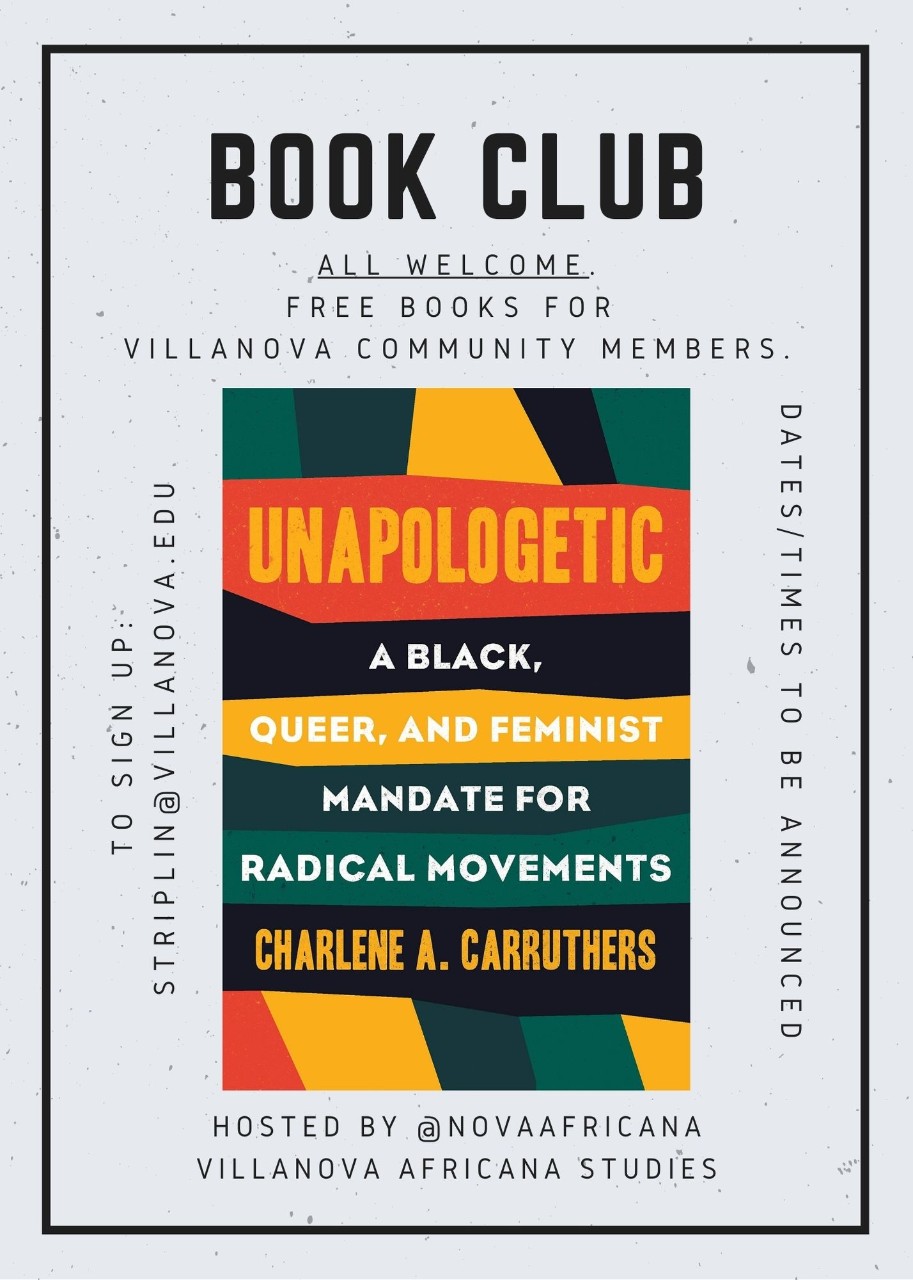 We’ll be reading and discussing activist Charlene Carruthers’ book Unapologetic, about grassroots racial justice movements in recent years. If you are interested in joining, please email Sean (striplin@villanova.edu) by October 6; we can provide copies of the book to Villanova community members. Meeting schedule will be determined in consultation with those who indicate interest. 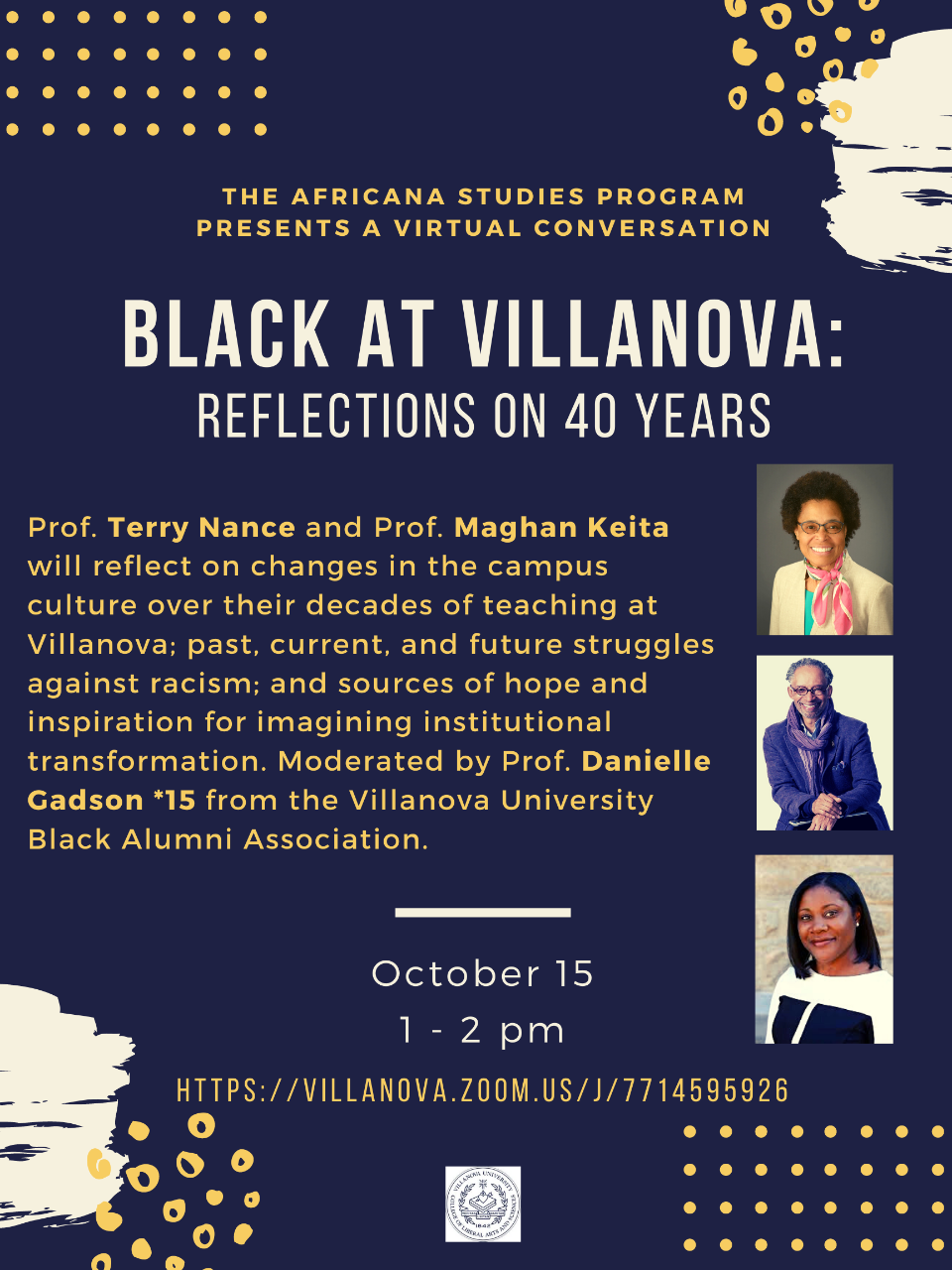 We’re hosting a virtual conversation with Prof. Terry Nance and Prof. Maghan Keita, moderated by a representative of the Villanova University Black Alumni group. They will reflect on changes in the campus culture; past, current, and future struggles against racism; and sources of hope and inspiration for imagining institutional transformation. 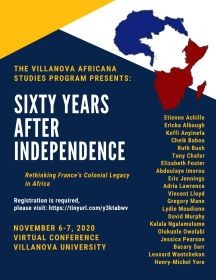 Black Perspectives on the Election 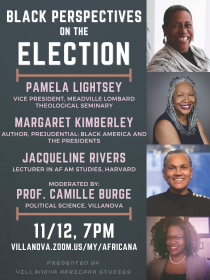 In the days after the election, we will be joined by leading national experts to reflect on the meaning of the election for Black communities, moderated by Camille Burge (Political Science, Villanova). Details will be announced shortly.

What is Critical Race Theory?

With “critical race theory” in the news, many are asking what it means and what kind of scholarship it leads to. Prof. Glenn Bracey (Sociology, Villanova) and Prof. K-Sue Park (Law, Georgetown) will lead an informal, accessible discussion of these issues. Details will be announced shortly.

Apply for the Minor
Read the Spring 2020 Alumni Newsletter