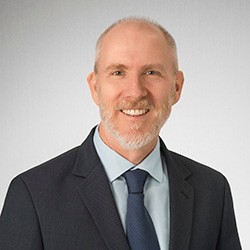 Joseph Lennon, PhD, Professor, English, is the Emily C. Riley Director of the Center for Irish Studies and Associate Dean of International and Interdisciplinary Initiatives at Villanova University. He received his BA at Knox College, an MA in English at Northern Illinois University and an MA in Irish Studies at Boston College, before receiving his PhD in Irish and world literature in 2000, also at Boston College. He taught at Manhattan College for nine years before coming to Villanova.

Dr. Lennon’s research examines the influence of colonialism in Ireland, Britain and India, tracing the evolution of cultural formations throughout the British Empire. His book, Irish Orientalism: A Literary and Intellectual History (Syracuse UP, 2004), examines mutual imaginings between Ireland and former Asian colonies of the United Kingdom and won the Donald Murphy Prize from the American Conference for Irish Studies.  Irish publisher, Salmon Poetry published his volume Fell Hunger in 2011, and he has published poems in journals such as The Denver Quarterly, Natural Bridge, Midwest Quarterly, and Poetry Ireland.

Dr. Lennon’s current book project focuses on the beginnings of the modern hunger strike in the early twentieth century in England, Ireland and India by investigating the origins of the ideas and practices of fasting and the hunger strike in Ireland, Britain and India. Following his discovery of the diaries and letters of the first modern hunger striker—Scottish artist and suffragette Marion Wallace-Dunlop—the project focuses on the events surrounding her strike in London's Holloway Prison in July of 1909. The project also explores nineteenth and early twentieth century understandings of hunger, famine, fasting, which led to the birth of the hunger strike.

Dr. Lennon became director of Villanova’s Irish Studies program in 2010. The program was elevated to a Center in 2016, thanks to a $1 million gift from the Connelly Foundation. The Center for Irish Studies at Villanova University has been a leader for four decades in interdisciplinary teaching and scholarship on Ireland in a global framework. The Center connects students to local community organizations while also preparing them to become citizens equipped to take on the world’s most pressing challenges. Through liberal arts-focused academics, multi-disciplinary scholarship and key partnerships, the Center provides students with research, study abroad and employment opportunities.

About the Emily C. Riley Directorship

The Connelly Foundation seeks to foster learning and to improve the quality of life in the Greater Philadelphia area.  The Foundation supports local non-profit organizations in the fields of education, health and human services, arts and culture and civic enterprise. Recognizing that the Foundation's past investments in education have yielded some of its most rewarding results, learning has become the cornerstone of its mission and a uniting umbrella covering all of its philanthropic interests. The Foundation also endeavors to improve the quality of life in the Philadelphia area by promoting a culture of opportunity and civility.