The AUGUSTINIAN ENDOWED CHAIR IN THE THOUGHT OF ST. AUGUSTINE 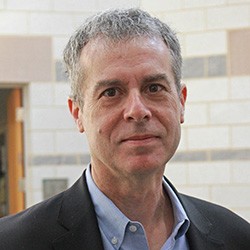 James Wetzel, PhD, Professor of Philosophy, is the first permanent holder of the Augustinian Chair in the Thought of Saint Augustine. Dr. Wetzel earned his BA from Princeton University and his PhD from Columbia University. Dr. Wetzel is broadly interested in the late antique transmission of Platonism, especially in Plotinus and Augustine, and in the implications of this tradition for philosophical conceptions of body, soul and spirit. More simply, his focus has been on the persistence of spirit in an imperfect world.

His major publications have centered on Augustine and Augustinian Platonism. These include Augustine and the Limits of Virtue (Cambridge, 1992), Augustine: A Guide for the Perplexed (Continuum, 2010) and Parting Knowledge: Essays After Augustine (Cascade, 2013). He is both editor of and contributor to City of God: A Critical Guide (Cambridge, 2012), and in September of 2012 he delivered the Saint Augustine Lecture, a venerable Villanova tradition, on “A Tangle of Two Cities.” He is currently working on a book for Oxford’s new series on Philosophy as a Way of Life.

Prior to joining the Villanova faculty in 2005, Dr. Wetzel taught for the better part of two decades at Colgate University and finished his tenure there as chair of the then joint Department of Philosophy and Religion. Over the years he has held visiting appointments at the University of Notre Dame, Brown University, and Princeton University, and in 2001-2002, he served as Senior Fellow and Eli Lilly Distinguished Lecturer in Christian Thought and Practice at Princeton’s Center for the Study of Religion.

In 2014 Dr. Wetzel received the Veritas Award for Research Excellence from Villanova University’s College of Liberal Arts and Sciences, and in May of 2015 he was recognized by the Latin American Cultural Exchange Organization for his dedication and service to his students at SCI Graterford. In 2020 he delivered the St. Thomas Aquinas lecture at Hoger Instituut voor Wijsbegeerte, KU Leuven, Belgium: “Notes on the Ragtag Redemption of Language: Augustine’s De magistro.”

About the Augustinian Endowed Chair in the Thought of St. Augustine

The Augustinian Chair in the Thought of St. Augustine was established by the Augustinians of the Province of St. Thomas of Villanova.