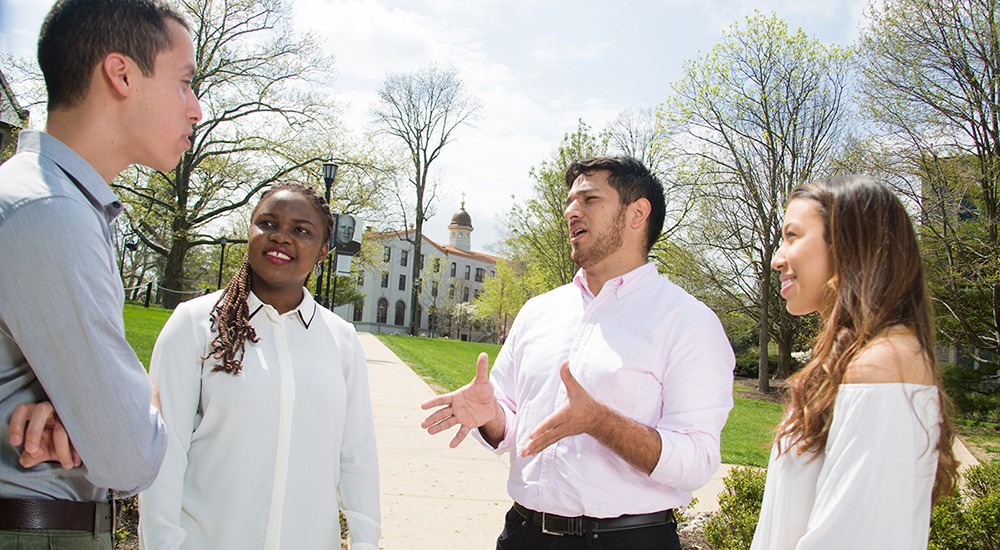 Villanova Philosophy graduate students' interests are wide-ranging. They work on everything from the history of philosophy to contemporary politics, philosophy and film to philosophy and religion, the most traditional kinds of projects to cutting-edge intersections with neuroscience, bioethics, law and the arts. Our recent dissertations and placement record reflect this diversity.

Dissertation title: "A Phenomenology of Mystical Embodiment: Merleau-Ponty and Hildegard on the Transformation of Sense PerceptionDissertation"

Students who have completed the PhD in our program are listed below, with their current positions and dissertation titles.

“The Modern Revolution in Political Affect”

Ryan Feigenbaum, PhD, 2017, Executive Director for the Philosophy of Science Association and Program Director for the University of Cincinnati's Center for Public Engagement with Science
"The Epistemic Foundations of German Biology, 1790–1802"

Ian Maley, PhD, 2017, Villanova University, Adjunct
"The Thought of Being in Aristotle's Poetics"

Elizabeth A. Irvine, PhD, 2016
"The Place of Politics: Heidegger On Aristotle's Topos and the Polis"

Paul Camacho, PhD, 2016, Villanova University, Ennis Post Doctoral position, Augustine and Culture Seminar Program, and Associate Director of the Augustinian Institute
"The Weight of Love: Augustine on Desire and the Limits of Autonomy"

John Garner, PhD, 2014, University of West Georgia, Assistant Professor (tenured) "The Good that Comes to Be:  The Truth of Pleasure and the Experience of Learning in Plato's Philebus"

James Butler, PhD, 2013 "Aristotle and the Science of Perception"

Jacob Wortman, PhD, 2013 "The Ecstatic Character of Being: The Intricate Interrelationship Between the Later Heidegger and the Later Merleau-Ponty"

Snezhina Gabova, PhD, 2011, Risk Monitor: Public Policy Institute, Sofia, Bulgaria "Hegel and Heidegger and the question of the work of art (focusing on Hegel's Aesthetics and Phenomenology and Heidegger's The Origin of the Work of Art)"

Michael Norton, PhD, 2011, University of Arkansas at Little Rock, Assistant Professor and Chair (tenured) “Thinking Religion as More than One:  A Deconstructive Appeal for Pluralism”

Nazareth Pantaloni, PhD, 2010, Indiana University, Assistant Director for Copyright and Administration at the Cook Music Library "The Im/Possibility of Democracy: Derrida and Habermas"

Daniel Greenspan, PhD, 2006, Adjunct Professor, California State University, Dominguez Hills "Kierkegaard and the Rebirth of Tragedy: Philosophy, Poetry and the Problem of the Irrational (with constant reference to Aristotle and Sophocles)"

John Whitmire, PhD, 2005, Western Carolina University - Associate Professor of Philosophy and Department Chair (tenured) "On the Subject of Autobiography: Finding a Self in the Works of Kierkegaard, Nietzsche, Sartre, and Derrida"

Christian Diehm, PhD, 2001, University of Wisconsin-Stevens Point, Associate Professor (tenured) "The Gravity of Nature: Other-than-human Others in the Thought of Emmanuel Levinas"

James K.A. Smith, PhD, 1999, Calvin College, Professor, (tenured) and the Endowed Chair of The Gary & Henrietta Byker Chair in Applied Reformed Theology & Worldview "How to Avoid Not Speaking: On the Phenomenological Possibility of Theology" 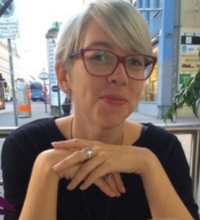 Katherine Filbert '19 PhD has currently accepted a tenure-track position at California State University, Stanislaus.  Dr. Filbert was most recently Assistant Professor in the Department of Philosophy at King’s College in Wilkes-Barre, Pennsylvania, where she regularly taught courses in East and Southeast Asian Philosophy, theories of knowledge, feminist philosophy and liberal arts seminars on the nature of self and community. Her specializations are in Classical Chinese Philosophy and 19th-20th century Continental Philosophy, and her current research lies in developing a comparative ethics of thinking that examines the relationship between thinking and life in the works of Gilles Deleuze and pre-Qin Chinese philosophy.  Her dissertation is “Harming Stupidity: Deleuze and Zhuangzi’s Ethics of Thought.”

Ready for the Next Step?

The application deadline for admission to the doctoral program in Philosophy for Fall 2023 is January 9, 2023.

Students are admitted for the fall term, only.

Please contact the program director, Dr. Julie Klein, with questions about your application.

From the annual Graduate Student Research Symposium to the international Three-minute Thesis (3MT) competition, Villanova University offers many opportunities for graduate students to develop and showcase their research communication skills. This year, Philosophy doctoral student Katherine Kurtz advanced to the national round of the 3MT competition, after winning the University event and placing second at regionals. Her presentation, "Deviant Bodies: Toward an Aesthetics of Feminine Monstrosity," is based on her dissertation work.