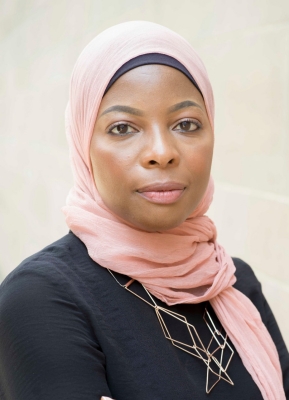 Intisar A. Rabb is a Professor of Law, a Professor of History, and the faculty director of the Program in Islamic Law at Harvard Law School. She has held appointments as a Susan S. and Kenneth L. Wallach Professor at the Radcliffe Institute for Advanced Study, as an Associate Professor at NYU Department of Middle Eastern and Islamic Studies and at NYU Law School, and as an Assistant Professor at Boston College Law School. She previously served as a law clerk for Judge Thomas L. Ambro of the United States Court of Appeals for the Third Circuit, as a Temple Bar Fellow in London with the American Inns of Court, and as a Carnegie Scholar for her work on contemporary Islamic law.

In 2015, in partnership with the Berkman Klein Center for Internet and Society, support from the Luce and MacArthur Foundations, and collaborations with myriad scholars and institutions, she launched SHARIAsource – an online portal designed to provide universal access to the world’s information on Islamic law and history, and to facilitate new research with the use of AI tools. She has published on Islamic law in historical and modern contexts, including the monograph, Doubt in Islamic Law (Cambridge University Press 2015), the edited volumes, Justice and Leadership in Early Islamic Courts (with Abigail Balbale, Harvard University Press, 2017) and Law and Tradition in Classical Islamic Thought (with Michael Cook et al., Palgrave 2013), and numerous articles on Islamic constitutionalism, on Islamic legal canons, and on the early history of the Qur'an text. She received a BA from Georgetown University, a JD from Yale Law School, and an MA and PhD from Princeton University. She has conducted research in Egypt, Iran, Syria, and elsewhere.

This lecture is approved by the Pennsylvania Continuing Legal Education Board for 1 Substantive Distance CLE credit. Please note the link for this virtual event will be sent to prior to the event to those who register.

This talk seeks to answer pressing questions about Islamic law not in terms of content but approach—particularly at a time when Scalian-type originalism and textualism are pitted against newer theories of super-precedent and dynamic judicial decision-making. With similar controversies in mind, how are we to make sense of Islam’s religious-textual origins, myriad manifestations, and mystifying mullahs who sometimes represent it? How do we interpret Islamic law? The answer to that question is lodged in history that, I argue, can come to light best under of the lens of legal theories that we’ve long-used to explain or do interpretation and big data that can now aid in those tasks. My attempt to show how will start with the history, at a moment with the principles and precedents that guide interpretation in Islamic law were first codified. That codification emerged from the ashes of Islam’s fallen caliphate in 1258. Following the invasion of Genghis Khan’s Mongols, the sulṭān in Cairo initiated a widespread and fairly well-known reform of the empire’s main judicial system: one chief judge for every major school, or approach to interpretation. Less well-known is that the jurists of his time instituted their own widespread reform of the empire’s approach to interpretation: one principle for every major area of law—drawn from something like an interpretive common law—to use the past to help order to present. They called these principles legal canons, and used them as interpretive tools to adjudicate cases, pen scholarship, and teach law. The result: a system of interpretive precedent in Islamic law that most onlookers do not realize exist. They also do not realize that this sort of precedent coincides with our use, today, of legal canons in American theories of statutory and constitutional interpretation. Or, that the two can be fruitfully studied with the tools and methods of big data. Big data? It turns out that if we can build a database that can identify and catalog these thousands of legal canons, we can trace the origins of and shifts in interpretive precedent and the policies behind them over time and space. Drawing on American interpretive theory and on big data methods, my work explores these themes as a proposal for better interpreting Islamic law.

Through the generosity of Professor Giannella’s family, colleagues, Villanova Law alumni and other friends, an endowed fund was established to honor the distinguished scholar and beloved educator who died in 1974. The lectureship brings a leading scholar to Villanova each year. The paper presented at the lecture is published in the Villanova Law Review. 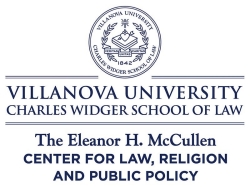