Center for Peace and Justice Education

For over 20 years, Villanova has celebrated the life and legacy of Dr. King with a series of events and programs that highlight continuing injustices, while also celebrating those individuals and organizations that challenge and overcome them. 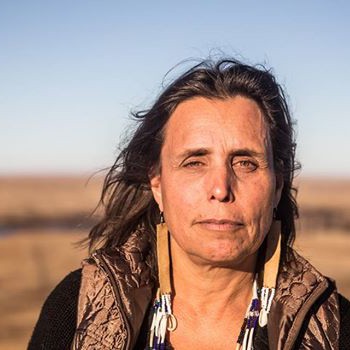 LaDuke is an international thought leader and lecturer in climate justice, renewable energy and environmental justice, plus an advocate for protecting Indigenous plants and heritage foods from patenting and genetic engineering. She has written seven books, including Recovering the Sacred, All Our Relations, Last Standing Woman, The Winona LaDuke Chronicles,and her newest work, To Be A Water Protector: The Rise of the Wiindigo Slayers. 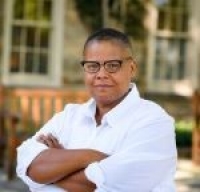 Keeanga-Yamahtta Taylor is an Assistant Professor in the Department of African-American Studies at Princeton University. She is author of Race for Profit: How Banks and the Real Estate Industry Undermined Black Homeownership, published in 2019 by the University of North Carolina Press, longlisted for a National Book Award for nonfiction and a 2020 finalist for the Pulitzer in History. Taylor’s book From #BlackLivesMatter to Black Liberation, won the Lannan Cultural Freedom Award for an Especially Notable Book in 2016. She is also editor of How We Get Free: Black Feminism and the Combahee River Collective, which won the Lambda Literary Award for LGBTQ nonfiction in 2018. Taylor is a columnist for The New Yorker.

On February 3, 2021, during unprecedented times, Taylor delivered a powerful lecture, virtually, entitled, "The Radical King and the Quest to Change America." Today Martin Luther King, Jr., is celebrated for his 'dream' of a just America, but by the end of his career King was calling for a "radical reconstruction" of the United States. What compelled the transformation of King's ideas and what do they tell us about our society today? This talk will engage these questions in the hopes of unlocking the ideas and strategies necessary to change the United States. 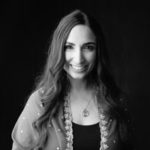 Join the Center for Peace and Justice Education as we welcome Valarie Kaur as the 2020 Dr. Martin Luther King, Jr. Keynote Speaker. Her lecture titled "Birthing the Beloved Community: The Practices of Revolutionary Love" will be held on Wednesday, January 22, at 5:30 p.m. in the Villanova Room. Valarie Kaur is a Sikh racial justice activist, civil rights lawyer, award-winning filmmaker, educator, founder of the Revolutionary Love Project and author of the forthcoming book Revolutionary Love, due June 16 . For more information about Valarie Kaur.

The 2019 keynote lecture will be held on Wednesday, January 23 at 7:00 pm in the Villanova Room. The featured speaker will be Ibram X. Kendi. Dr. Kendi is an award-winning historian and New York Times best-selling author, and a Professor of History and International Relations and the Founding Director of the Antiracist Research and Policy Center at American University. His book, Stamped From the Beginning: The Definitive History of Racist Ideas in America won the 2016 National Book Award for Nonfiction.

In addition to winning the National Book Award, Stamped From The Beginning was also named a finalist for the 2016 National Book Critics Circle Award for Nonfiction and nominated for the 2016 NAACP Image Award for Outstanding Literary Work in Nonfiction. The book was featured on many Best Books of 2016 lists, including in the Boston Globe, Kirkus, The Washington Post, The Root, Chicago Review of Books, and Buzzfeed.

Kendi has published numerous academic essays as well as op-eds in publications such as The New York Times, The Huffington Post, Salon, and The Chronicle of Higher Education. He is also the author of the award-winning book, The Black Campus Movement: Black Students and the Racial Reconstitution of Higher Education, 1965-1972. In 2018, he was named a columnist for a new vertical of The Atlantic focusing on ideas, opinion, and political and cultural commentary. He is currently working on a book with One World/Random House, tentatively titled, How to Be an Antiracist: A Memoir of My Journey.

Diane Nash the 2018 Dr. MLK Jr. keynote address was held on Wednesday, January 24. Ms. Nash a Chicago native who had never experienced segregation in public accommodations before moving to the South, Diane Nash went on to become one of the pioneers of the Civil Rights Movement.

Nash’s involvement in the nonviolent movement began in 1959 while she was a student at Fisk University. In 1960 she became the chairperson of the student sit-in movement in Nashville, Tennessee—the first southern city to desegregate its lunch counters—as well as one of the founding students of the Student Non-violent Coordinating Committee or SNCC. In 1961 she coordinated the Freedom Ride from Birmingham, Alabama, to Jackson, Mississippi, a story which was documented in the recent PBS American Experience film Freedom Riders.

Her many arrests for her civil rights activities culminated in Nash being imprisoned for 30 days in 1961, while she was pregnant with her first child. Undeterred, she went on to join a national committee—to which she was appointed by President John F. Kennedy—that promoted passage of the Civil Rights Act of 1964.

Nash later became active in the peace movement that worked to end the Vietnam War, and became an instructor in the philosophy and strategy of non-violence as developed by Mohandas Gandhi.

Diane Nash is the recipient of numerous awards, including the War Resisters’ League Peace Award; the Distinguished American Award presented by the John F. Kennedy Library; the LBJ Award for Leadership in Civil Rights from the Lyndon Baines Johnson Library and Museum; and an honorary doctorate of human letters from Fisk University, her alma mater. Most recently, Nash delivered the 2009 Slavery Remembrance Day Memorial Lecture in Liverpool, England.

Her work has been cited in numerous books, documentaries, magazines, and newspaper articles, and she has appeared on such TV shows and films as The Oprah Winfrey Show, Spike Lee’s Four Little Girls, and PBS’s Eyes on the Prize: America’s Civil Rights Years 1954-1965. 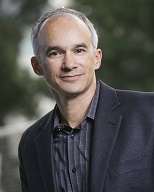 Ian Haney Lopez was the 2017 keynote speaker and is one of the nation’s leading thinkers on racism’s evolution since the civil rights era.  Haney López is a constitutional law scholar and chaired law professor at UC Berkeley, as well as a Senior Fellow at Demos. His most recent book, Dog Whistle Politics: How Coded Racial Appeals Have Reinvented Racism and Wrecked the Middle Class, lays bare how over the last half century politicians have exploited racial pandering to build resentment toward government that in turn leads many voters to support policies that favor the very wealthiest while hurting everyone else. In this lecture Professor Ian Haney López explored the fundamental connection between the two central paradoxes of American politics today: the striking connection between race and party affiliation, and broad support for policies that demonstrably hurt the middle class. Rejecting any simple story of malevolent and obvious racism, Haney López puts the use of race in the 2016 presidential campaign into a larger historical context, and asks where we go from here.

M.K. Asante is a bestselling author and award-winning filmmaker who CNN calls "a master storyteller and major creative force."The author of four celebrated books, Asante's new book, Buck, a memoir about his youth in Philadelphia, will be published by Random House in 2013.

Asante studied at the University of London, earned a BA from Lafayette College, and an MFA from the UCLA School of Film and Television. Asante has toured over 30 countries as well as throughout the United States at hundreds of colleges, universities, libraries, concerts, and festivals.

Asante's essays on art, technology, and culture have been published in USA Today, Huffington Post, San Francisco Chronicle, and the New York Times. Asante is a tenured professor of creative writing and film in the Department of English and Language Arts at Morgan State University. 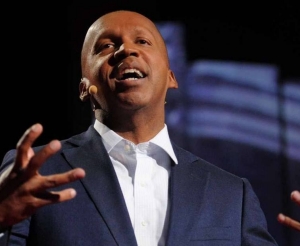 Bryan Stevenson delivered the 2015 Dr. Martin Luther King, Jr. keynote lecture, "How to Keep the Dream Alive" on Tuesday January 20, 5:00 p.m. in the Villanova Room, Connelly Center. Mr. Stevenson is a faculty member at the NYU School of Law, he is also a founding Director of the Equal Justice Initiative, a nonprofit law organization that focuses on social justice and human rights in the context of criminal justice reform in the United States. He is the recipient of numerous awards including the prestigious MacArthur Foundation “Genius” Award. He has appeared on the Daily Show with Jon Stewart, the Colbert Report, and the Bill Moyers Journal. Mr. Stevenson is also well-know for a highly acclaimed TED talk. 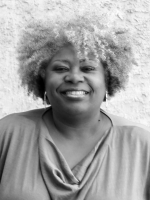 King, Pope Francis and poverty: The Poor People's Campaign for the 21st Century

Dr. Anthea Butler was named by CNN Belief as “Five Women to Watch in Religion” in 2012. She is the author of Women in the Church of God in Christ: Making A Sanctified World and the forthcoming book, The Gospel According to Sarah: How Sarah Palin’s Tea Party Angels are Galvanizing the Religious Right. A blogger for Religion Dispatches and the Grio, she is seen and heard on numerous media outlets, including MSNBC, The Melissa Harris Perry Show, All In with Chris Hayes, and NPR. 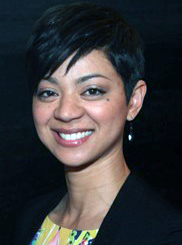 Learning in the World House: Educational Equality and Justice in the Post-Civil Rights Era

Dr. Sonya Douglass Horsford is a senior resident scholar of education with The Lincy Institute at the University of Nevada, Las Vegas where she focuses on the history of education in the U.S., politics of education, and role of schools in society. She served as principal investigator of a Spencer Foundation funded research study entitled, “Losing in Las Vegas: Educational Inequality, Ideology, and Reform in the West. She is the author of Learning in a Burning House: Educational Inequality, Ideology, and (Dis)Integration 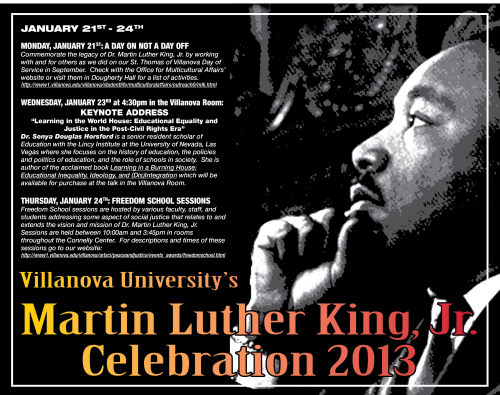 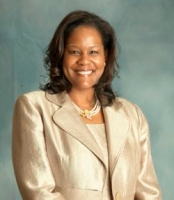 An Innocent Age: The Legacy of Martin Luther King, Jr. in the 21st Century

She has a book forthcoming on the life of a nineteenth-century black preaching woman from South Carolina and is working on a book on the image of black women's piety in the nineteenth and twentieth centuries. 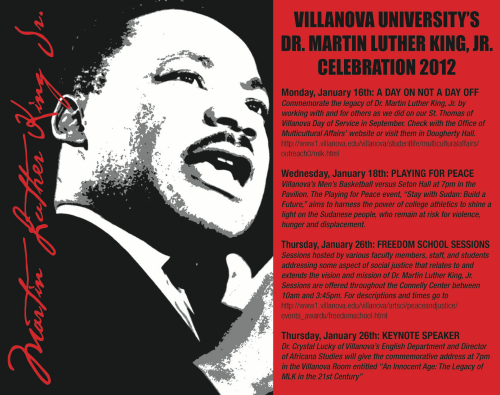