The Matthew J. Ryan Center for the Study of Free Institutions and the Public Good at Villanova University promotes inquiry into the principles and processes of free government and seeks to advance understanding of the responsibilities of statesmen & stateswomen, and citizens of constitutional democratic societies.

Among the animating concerns of the Matthew J. Ryan Center for the Study of Free Institutions and the Public Good are:

· the inalienable rights of all humanity

· the principles of popular sovereignty and constitutionalism

· the nature and preservation of free political institutions

· the nature and preservation of religious liberty

· the relationship among civil, economic and religious liberty

· the relationship between freedom and responsibility in democratic societies

· the role of representation in democratic government

· the ideas of political and moral self-government

· the relationship between liberal education and good citizenship

· free speech and freedom of thought and inquiry

The Matthew J. Ryan Center honors the distinguished graduate of Villanova University and Villanova Law School, Matthew J. Ryan, who served in the Pennsylvania House of Representatives for over 40 years. During his tenure in the House, he held the position of Majority and Minority Whip, Majority and Minority Leader, and from 1995 until 2003 he served as the Speaker of the House of Representatives.

Prior to public service, Matt Ryan worked as a teacher. Throughout his life he believed that civic education is essential to the maintenance of a strong democratic citizenry and the perpetuation of a free society. 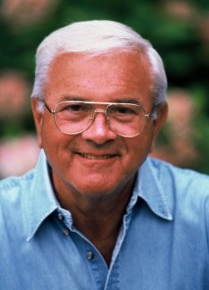