Hosted by The Jeffrey S. Moorad Center for the Study of Sports Law 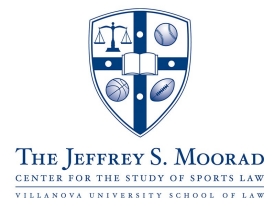 The inaugural Villanova Law Esports Negotiation Competition will be held virtually November 5-6, 2021. The Competition will focus on the Overwatch League (OWL), an international esports league comprised of 20 city-based teams and featuring the best Overwatch® players in the world. In this competition, teams from across the country will face off as they negotiate to sign a player. Participants will develop oral advocacy, negotiation and presentation skills, while also building an understanding of esports and professional sports contracts. Winners will be selected by a panel of judges consisting of world-renowned esports lawyers, agents and executives.

The first day of the Competition will consist of three rounds, where teams will compete against each other to sign a player in the OWL. Each team will give a 10-minute presentation with an opening offer. Following both presentations, each team will have a private, 10-minute follow-up negotiation with the judge, who will act as the player’s representative. The final day will feature the top teams, who will compete in head-to-head contract negotiations. Each team will represent either an OWL team or a player, and the two sides will attempt to reach a contract agreement to have a player sign with the team.

In addition to the competition, participants can join judges for “fireside chats” of 1-5 people to network and ask questions in a more intimate setting.

Each team may consist of 2-4 law students who need not attend the same school. Payments must be made at the time of registration.

The competition schedule will be finalized closer to the event.