The Villanova University Charles Widger School of Law will mark its annual commemoration of the legacy of Dr. Martin Luther King Jr., with a keynote lecture as part of a University-wide celebration. 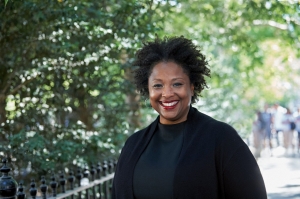 Deborah N. Archer is the Jacob K. Javits Professor at New York University, and Professor of Clinical Law and Co-Faculty Director of the Center on Race, Inequality at NYU School of Law. She is also the President of the American Civil Liberties Union and a nationally recognized expert in civil rights, civil liberties, and racial justice. Archer is a graduate of Yale Law School, where she was awarded the Charles G. Albom Prize, and Smith College. She previously worked as an attorney with the American Civil Liberties Union and the NAACP Legal Defense and Educational Fund, Inc., where she litigated in the areas of voting rights, employment discrimination, and school desegregation. She was a member of the faculty at New York Law School for fifteen years and an associate at the firm Simpson, Thacher & Bartlett. Archer is also a former chair of the American Association of Law School's Section on Civil Rights and Section on Minority Groups. She previously served on the New York City Civilian Complaint Review Board, the nation’s oldest and largest police oversight agency, and the 2018 New York City Charter Revision Commission. Archer received the Otto L. Walter Distinguished Writing Award and the 2014 Haywood Burns/Shanara Guilbert Award from the Northeast People of Color Legal Scholarship Conference. She has also been recognized by the New York Law Journal as one of New York’s Top Women in the Law.