Researchers quantify the impact of gender and leadership in corporate settings; they find no evidence of similar changes after male appointments 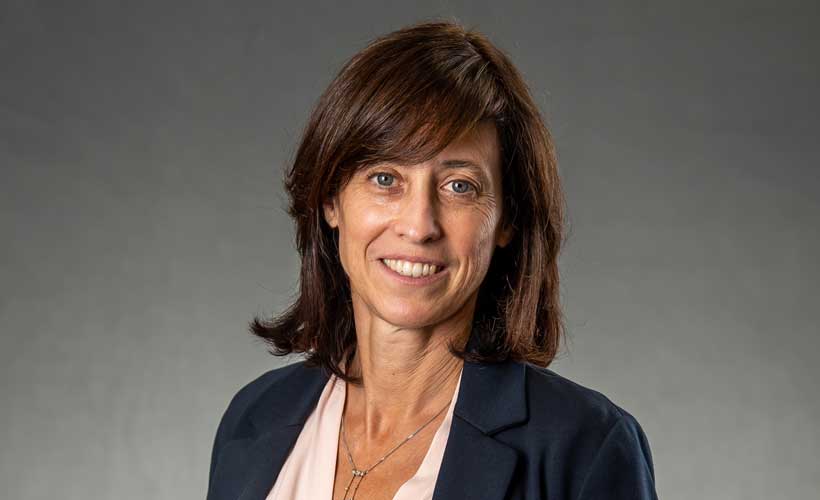 Villanova, Pa., May 2, 2021 - What changes take place when women enter the C-suite? According to a new study, adding female executives changes how the C-suite thinks about and pursues innovation. When female appointees join top management teams, the C-suite’s way of thinking changes in two ways to become more open to change and less risk-seeking. As a result of these changes in thinking, firms rely less on an acquisitive approach (e.g. performed fewer M&As) and more on building their innovative capabilities internally (e.g. invested more in R&D).

“The novelty of our study is we map out and measure how adding women leads to strategic shifts in the ways top management teams think,” said Corinne Post, PhD, the Fred J. Springer Endowed Chair in Business Leadership and professor of Management at VSB and the study’s lead author.

When there is a female incumbent on the team, the researchers saw greater changes. In this instance, a female appointee on those teams decreases the team’s risk-taking propensity by 19.5%. This means that changes from adding women are greater when she is not the first one breaking into the C-suite.

“It’s important to note that we should not assume women who enter a previously all-male group are ‘different’ and that they actively influence outcomes,” said Dr. Post. “It is entirely possible that the women who enter are just like the men they join, but that the men change in the presence of these women.”

Post and her co-authors arrived at these findings from an analysis of a sample of 163 multinational firms headquartered in 20 Organisation for Economic Co-operation and Development (OECD) countries, representing multiple industries; all of the firms were involved in strategic innovation actions (e.g., technology-based M&A and R&D) from 1998 to 2012. From that sample, researchers identified 2,771 appointments into top management teams, of which 276 (10%) were female appointments.

While research about the impact of gender diversity in corporate settings already exists, this study is considered to be the first to show the time-dependent, within-firm causal link from female appointments at the highest level to shifts in thinking at the C-suite level, which, ultimately, alter how executives chose to renew their firm’s innovation capabilities.

“If we shatter the glass ceiling for women, we may also widen the potential paths to innovation at companies,” said Dr. Post.

The study also measured the impact on innovation via performing M&As and funding R&D among top management teams with the addition of women; the researchers viewed these strategic moves as alternative paths to innovation.

Changes in top management teams’ openness to change, which also follow the addition of women, have a measurable impact on R&D. They increased R&D investments by 1.1 %, on average. Given that, on average, firms in the sample had R&D investments of $6,538 million (USD), this 1.1% increase is substantial.

Being both open to change and risk averse

One surprising factor from the research is that the addition of women may cause the C-Suite to simultaneously become more open to change and more risk averse, which seems like opposite effects. Dr. Post clarifies that these ways of thinking can co-exist.

“People often confound risk with innovation. We find that after adding women, firms still pursue innovation, but with more measured risks,” she said.

Post also believes women’s path to executive positions may shed some light on this paradox.

“To prove themselves worthy of promotions to the highest corporate levels, women need to walk a difficult tightrope. They learn to stand out by promoting visionary and novel strategies in order to counter stereotypes,” she added. “At the same time, they cannot afford to make any mistakes, because of the high career derailment price that comes with token-based hyper-visibility. Women in top management teams learn to carefully weigh the risks of their innovative strategies. It appears, their thinking may sway the elite groups that they join.”

The study, “What changes after women enter top management teams? A gender-based model of strategic renewal,” was published in February in the Academy of Management Journal. The research was co-authored by Boris Lokshin (Maastricht University) and Christophe Boone (University of Antwerp).

The Villanova School of Business (VSB) undergraduate program is top-ranked among business schools in the nation. Its online graduate business programs are ranked #3, and its online MBA program is ranked #9 by U.S. News and World Report. VSB has been at the forefront of business education since it was founded in 1922. Serving over 2,700 undergraduate and graduate students, VSB is home to five Centers of Excellence – the Daniel M. DiLella Center for Real Estate, the Elenore and Robert F. Moran Sr. Center for Global Leadership, the Center for Business Analytics, the Center for Marketing & Consumer Insights and the Center for Church Management – with each designed to foster innovative, cross-disciplinary research and applied opportunities for students. VSB is known for academic rigor; creativity and innovation; hands-on and service learning opportunities; a firm grounding in ethics; and an applied education that prepares students to become outstanding leaders and global citizens within the ever-changing, complex, and fast-paced world of business. For more, visit business.villanova.edu.

For immediate assistance with any media query, please contact:

MEET VSB'S MEDIA EXPERTS
Our renowned faculty are media savvy professionals and can provide insightful commentary on a multitude of business-related topics both nationally and locally in Philadelphia.

MEDIA INQUIRIES
Contact us for more information or to schedule an interview.