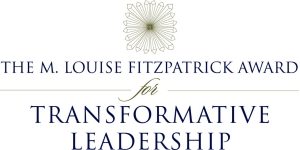 Patricia A. Grady, RN, PhD, FAAN, was appointed Director of the National Institute of Nursing Research (NINR) on April 3, 1995. She earned her undergraduate degree in nursing from Georgetown University, and pursued her graduate education at the University of Maryland, receiving a master’s degree from the School of Nursing and a doctorate in physiology from the School of Medicine.

Under Dr. Grady’s leadership at NINR, the Institute has more than doubled its budget and significantly increased the number of research and training grants awarded. Dr. Grady has initiated several major NINR research programs: end-of-life, self-management of chronic illness, health disparities, and genetics. Dr. Grady serves as a co-chair to both the NIH Roadmap Committee on Research Teams of the Future and to the NIH Public Trust Initiative, as well as co-chairing the Trans NIH Pain Consortium. She has also strengthened interdisciplinary collaborations across the NIH campus and around the country. Throughout her tenure as Director, Dr. Grady has supported the development of infrastructure and research and training opportunities for new researchers, including development of the NINR Summer Genetics Institute (SGI), designed to expand competency and foster interest in genetics and related research.

An internationally recognized researcher, Dr. Grady’s scientific focus has been primarily in stroke, with emphasis on arterial stenosis and cerebral ischemia. She is a member of several distinguished scientific organizations, including the Institute of Medicine, Society for Neuroscience, American Academy of Nursing, and American Neurological Association. She is also a fellow of the American Stroke Association.

Before coming to NIH, Dr. Grady held several academic positions and served concurrently on the faculties of the University of Maryland School of Nursing and School of Medicine. In 1988, Dr. Grady joined the NIH as an extramural research program administrator in the National Institute of Neurological Disorders and Stroke (NINDS) managing the areas of stroke and brain imaging. Two years later, she served on the NIH Task Force for Medical Rehabilitation Research, which established the first long-range research agenda for the field of medical rehabilitation research. In 1992, she assumed the responsibilities of NINDS Assistant Director and, from 1993 to 1995, she was Deputy Director and Acting Director of NINDS. Dr. Grady served as a charter member of the NIH Warren Grant Magnuson Clinical Center Board of Governors.

Dr. Grady has authored or co-authored numerous published articles and papers on hypertension, cerebrovascular permeability, and arterial stenosis. She is an editorial board member on the journals Stroke; Stroke and Cerebral Vascular Diseases; and Neuro Rx, The Journal of the American Society for Experimental NeuroTherapeutics. Dr. Grady lectures and speaks on a wide range of topics, including future directions in nursing research, developments in the neurological sciences, and federal research opportunities.

Dr. Grady has been recognized with several prestigious honors and awards for her leadership and scientific accomplishments. She was the first awardee of the Centennial Achievement Medal from the Georgetown University School of Nursing and Health Sciences, and she was named the inaugural Rozella M. Schlotfeld distinguished lecturer at the Frances Payne Bolton School of Nursing at Case Western Reserve University and received the honorary degree of Doctor of Public Service from the University of Maryland. In 2005, Columbia University School of Nursing honored Dr. Grady with its prestigious Second Century Award for Excellence in Health Care. During that same year she also received Doctor of Science, Honoris Causa, degrees from Thomas Jefferson University and the Medical University of South Carolina. Dr. Grady was recently named one of the top 100 Most Powerful Women in Washington. She is a past recipient of the NIH Merit Award and received thePublic Health Service Superior Service Award for her exceptional leadership.

The award was first given during the 29th Annual Mass and Dedication Ceremony held April 7, 2018. The inaugural recipient was Mary D. Naylor '71 BSN, PhD, RN, FAAN.

Marian S. Ware Professor in Gerontology, Director of the NewCourtland Center for Transitions and Health at the University of Pennsylvania School of Nursing; Trustee, Villanova University

Dr. Naylor is the architect of the Transitional Care Model (TCM), an advanced practice nurse-coordinated, team-based innovation targeting high risk older adults that is recognized as a top evidence-based approach with a positive impact on the health and well-being of chronically ill older adults across the U.S., while assuring wiser use of societal resources. It is also being leveraged globally. 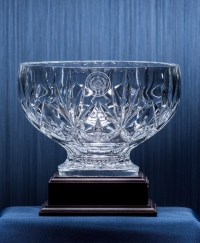 In addition, the awardee: