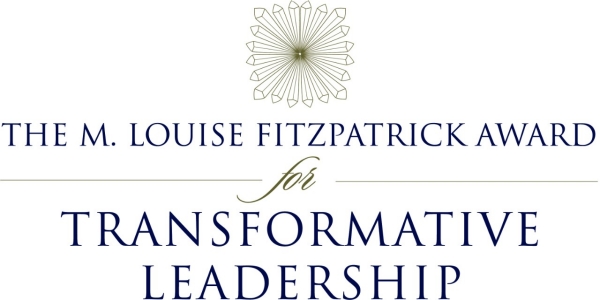 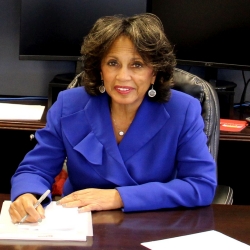 Under Dr. Beverly Malone’s leadership, the National League for Nursing (NLN) has advanced the science of nursing education by promoting greater collaboration among stakeholders, increasing diversity in nursing and nursing education, and advancing excellence in care for patients. Dr. Malone’s distinguished career has mixed policy, education, administration, and clinical practice, including as federal deputy assistant secretary for health under President Bill Clinton.

In 2022, Dr. Malone was honored by the American Nurses Association with the prestigious President's Award. Dr. Malone was also named one of the 50 Most Influential Clinical Executives by Modern Healthcare. She was featured as one of 25 Outstanding Women for Women’s History Month by Diverse: Issues in Higher Education. Additionally, Dr. Malone was honored as part of the 2022 STATUS List, the most definitive accounting of leaders and influencers in the life sciences, as well as one of 12 Influential Persons in Health, Science and Innovation by Morehouse School of Medicine. And, she was included on HealthTech's list of 30 Healthcare IT Influencers Worth a Follow in 2022.

Similarly, in 2020 Dr. Malone was ranked No. 5 in Modern Healthcare’s Top 100 Most Influential People, received the University of Cincinnati’s Linda Bates Parker Legend Award, named an Honorary Member of the Philippine Nurses Association of America and presented with a special award of distinction by the NLN Board of Governors. Becker's Hospital Review named her as one of 70 African American Leaders in Healthcare to Know. Also, she was bestowed the Gail L. Warden Leadership Excellence Award by the National Center for Healthcare Leadership and designated by the American Academy of Nursing with their Highest Nursing Honor, “Living Legend.”

The Alpha Omega Chapter of Sigma Theta Tau and the College of Nursing of Adelphi University, Long Island honored Dr. Malone with the Lifetime Achievement Award in 2019. She was presented with a citation from the American Psychological Association for her outstanding leadership in advancing excellence in healthcare for the nation and global community, was named one of the Top 25 Minority Executives in Healthcare by Modern Healthcare magazine and accepted the Nursing Outlook Excellence in Research Award in 2018.

Elected to two terms as president of the American Nurses Association (ANA) representing 180,000 nurses and served as the first US and African American general secretary of the United Kindgom (UK) Royal College of Nursing representing 400,000 nurses. A member of the the UK as well as US delegation to the World Health Assembly, she was also vice chair of the Brussels-based European Federation of Nurses Assciation. Furthermore, she has the distinguished honor of her portrait being displayed at the National Portrait Gallery in London.

Dr. Mason is Senior Policy Service Professor at the Center for Health Policy and Media Engagement, George Washington University School of Nursing; and Professor Emerita at Hunter College, where she held the Rudin Endowed Chair and founded the Center for Health, Media & Policy. She is the Programme Director for the International Council of Nurses’ Global Nursing Leadership Institute, a past President of the American Academy of Nursing, and former editor-in-chief of the American Journal of Nursing. She has produced and hosted radio programs on health and health policy since 1985, and currently hosts HealthCetera in the Catskills on WIOX Radio. She has served as the only health professional on the National Advisory Committee for Kaiser Health News since its inception in 2009. Dr. Mason is the lead editor of the book, Policy and Politics in Nursing and Health Care, now in its 8th edition, and blogs on policy for JAMA Health Forum. She is the principal investigator on a 2017 replication of the 1997 Woodhull Study on Nurses and the Media published in 2018 in the Journal of Nursing Scholarship and an additional analysis of journalists’ experiences with using nurses as sources in health news stories, published in the American Journal of Nursing. She is Chair of the National Advisory Board for the Rush Center Health and Social Care Integration and of the Steering Committee for the Catskills Addiction Coalition. She serves on the boards of directors for the Primary Care Development Corporation, Public Health Solutions, and Margaretville Hospital (part of the Westchester Medical Health Network). She was the only nurse serving on the National Academy of Science, Engineering and Medicine’s committee and report on Integrating Social Care into the Delivery of Health Care. She is the recipient of numerous awards for policy, leadership, dissemination of science, writing, education, public health, media and advocacy; most recently the Award for Distinguished Contributions to Health Policy by the New York Academy of Medicine in 2019 and the Archon Award for Leadership from Sigma Theta Tau International Nursing Honorary Society.

Dr. Patricia A. Grady was appointed Director of the National Institute of Nursing Research (NINR) on April 3, 1995. She earned her undergraduate degree in nursing from Georgetown University, and pursued her graduate education at the University of Maryland, receiving a master’s degree from the School of Nursing and a doctorate in physiology from the School of Medicine.

Marian S. Ware Professor in Gerontology, Director of the NewCourtland Center for Transitions and Health at the University of Pennsylvania School of Nursing; Trustee, Villanova University

Dr. Naylor is the architect of the Transitional Care Model (TCM), an advanced practice nurse-coordinated, team-based innovation targeting high risk older adults that is recognized as a top evidence-based approach with a positive impact on the health and well-being of chronically ill older adults across the U.S., while assuring wiser use of societal resources. It is also being leveraged globally.