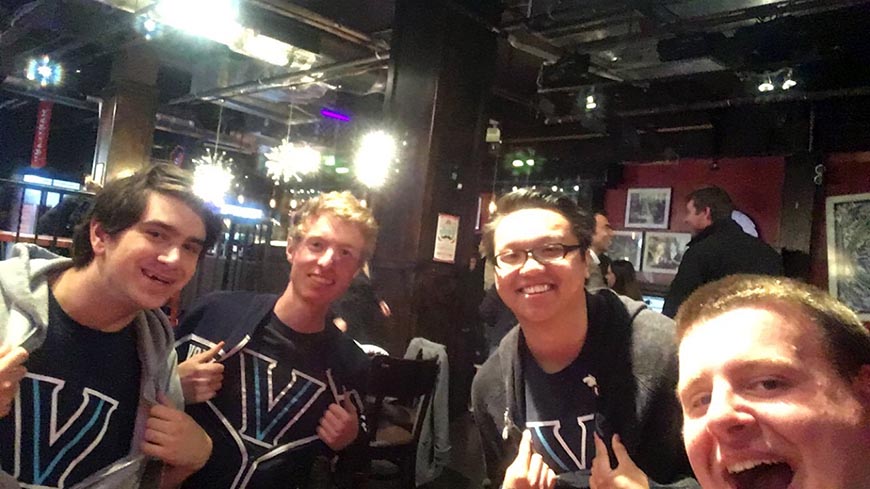 The Institute of Transportation Engineers chapter at Villanova University recently participated in the 2017 Mid-Colonial Region Traffic Bowl in Baltimore, Maryland. The annual competition, which is a Jeopardy-style tournament with four members per team, took place on April 24. Students respond to prompts such as:

Unfortunately, the Villanova team—the only one comprised of undergraduates—was edged out by Penn State University for the national bid. Team president CJ Medora is already looking forward to next year’s event, hoping to improve and make it to the national level.