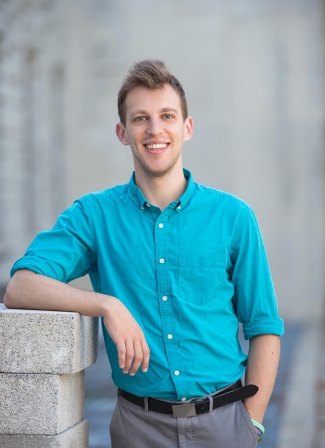 This October, Forbes magazine presented its 4th annual Forbes Under 30 Summit to which it invited 1,000 student representatives from across the country as part of its prestigious Under 30 Scholars group. Villanova sent 27 students to the event, which according to Forbes, allows students “to participate across four different content stages, and have access to investors, entrepreneurs, celebrities, musicians, fashion designers, sport stars, cultural icons, world-renowned chefs, educators, political leaders and business icons who represent the entrepreneurial spirit of the Forbes 30 Under 30 list.”

Among the Villanova students given this honor were five undergraduates from the College of Engineering: Kristen Aune '19, Meredith Chung '18, Zachary Ellenhorn '18 and Katherine Shannon '19, all Chemical Engineering majors, and Computer Engineering student Sarrah Truong ’18.

Joining this group was Andrew Meluch ’16 ME, a current graduate student in the Sustainable Engineering program. Andrew has had many remarkable experiences that allowed him to succeed at the summit. In addition to placing first at Philadelphia's First Annual International Student Pitch-off Competition as the co-founder of AtmoGEN (water generation technology for developing communities), Andrew has participated in six international development initiatives. Taking place in various countries in both Africa and Asia, each trip offered unique experiences, from creating a robot to remove unexploded mines in Cambodia to drought mitigation in India.

At the Summit, Andrew and his peers were exposed to a variety of speakers, panels and funding opportunities. “Hearing so many high-profile speakers discuss their stories of success in the face of numerous obstacles was very empowering, and being a part of such a like-minded audience was inspiring,” explains Andrew. As he moves forward with his company, the summit has given him renewed faith and energy to grow into a successful venture.

To learn more about the Forbes Under 30 Scholars Program, visit: www.forbes.com/forbes-live/event/under-30-boston.