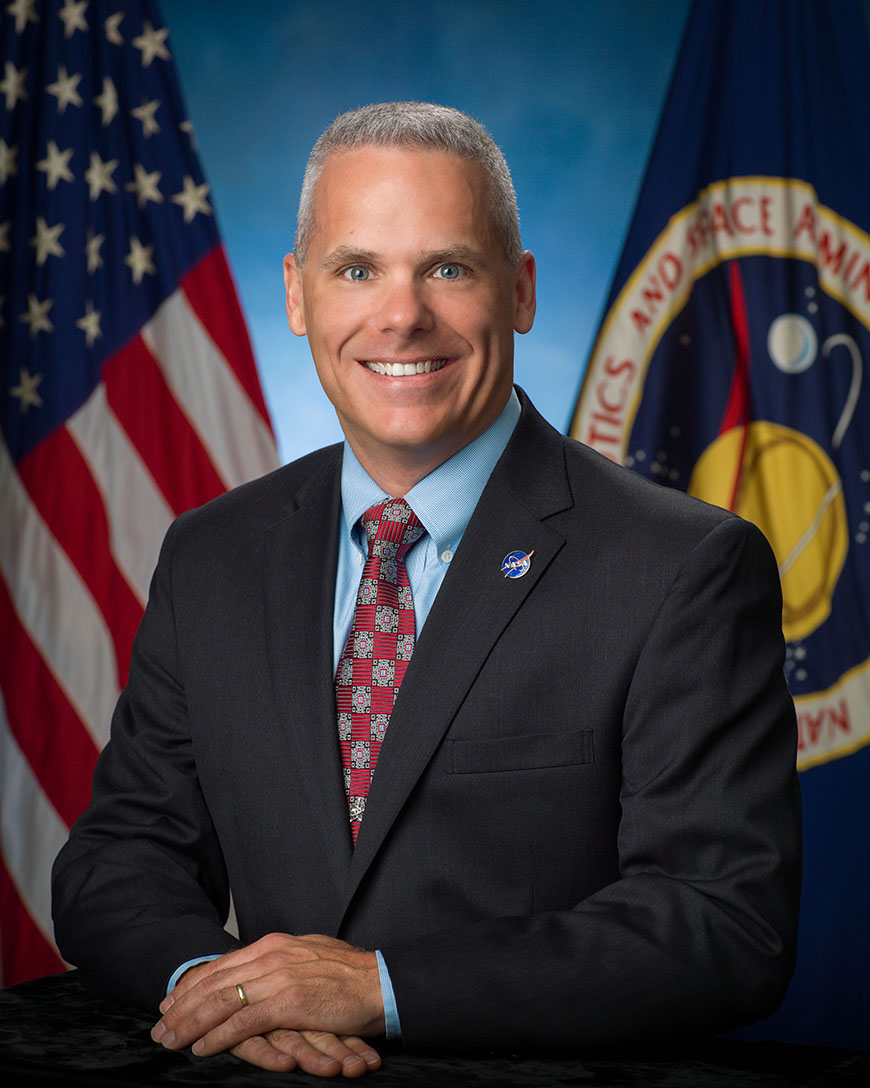 Smith describes the International Space Station as “the greatest engineering feat of mankind.” After 11 years of construction consisting of more than 115 space flights conducted on five different types of launch vehicles, the ISS now serves as a world class orbiting laboratory. Successfully sustaining a permanent human presence on the ISS for over 17 years means the world class orbital laboratory is also a bedroom, bathroom, kitchen, closet, gym and shipping/receiving center. Keeping the ISS operational and supplied is a 24/7 job performed by specialized engineering and operations teams from around the world. Smith explains that despite the wealth of knowledge amassed over the years, and the testing, training and meticulous planning involved in their execution, “Missions do not always go as planned, and sometimes there is not a lot of information available to figure out why.” During his lecture, Smith will provide real world examples that he personally was involved with and share how the NASA community uses creative engineering, reverse engineering and real-time engineering to solve problems in the absence of key information.

After graduating from Villanova University magna cum laude in 1993 with a Bachelor of Science in Electrical Engineering, Brian T. Smith spent five years as a hardware engineer for L-3 Communication Systems–East in Camden, NJ, where he designed, built and tested communication flight hardware for the International Space Station. In 1998, he moved to Houston, TX, where he worked for the United Space Alliance as an International Space Station flight controller in NASA’s Mission Control Center. In this role he was responsible for all communication systems on the ISS, some of which he designed, built and tested in his prior job. He logged over 3000 hours in Mission Control as a flight controller.

In February 2005, Smith was selected as a NASA flight director (FD) and earned his ISS certification a year later, becoming the 64th flight director in NASA’s manned space flight history. Highlights in his NASA career include:

Smith is currently the lead FD for the first expandable module in manned space flight history, the Bigelow Expandable Activity Module developed and built by Bigelow Aerospace. He is also serving as NASA’s lead FD for the Dream Chaser Cargo System, an unmanned cargo spacecraft system being developed under contract with NASA by Sierra Nevada Corporation.

A Philadelphia-area native, Smith is an inductee to the Monsignor Bonner High School Hall of Fame and a recipient of the Engineering Alumni Society’s John J. Gallen Memorial Award. He is a recipient of NASA’s Outstanding Leadership Medal, Exceptional Service Medal (twice) and Exceptional Achievement medal.  He resides in League City, TX with his wife Michele (Danelutti) ’94 VSB and their two children, Brendan and Keara.

Smith’s bio notes that each NASA Flight Director chooses a name to represent his team. He chose Liberty Flight as an acknowledgement of his personal, professional and educational roots in the Philadelphia area.

The 2018 Patrick J. Cunningham, Jr. and Susan Ward '80 Endowed Lecture Series in Engineering will be held on Friday, February 23 at 2:30 p.m. in the Villanova Room of the Connelly Center. It is open to the public.

The Patrick J. Cunningham, Jr. and Susan Ward '80 Endowed Lecture Series in Engineering was established in 2009 by Villanova Engineering alumnus Susan Ward ’80 ChE and her husband Patrick Cunningham, Jr. to offer students exposure to experts from various engineering fields and educational opportunities outside the classroom. The lecture is part of the College’s professional development program, Career Compass.