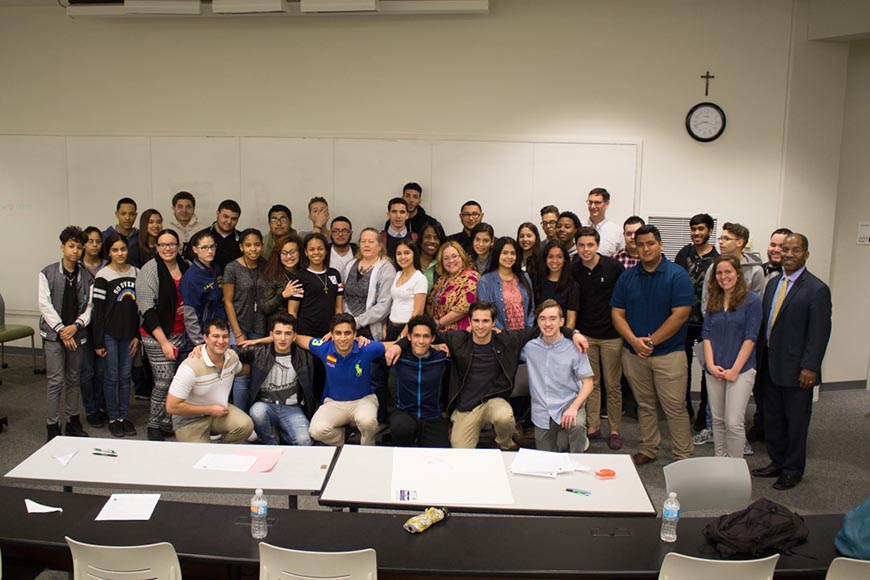 Villanova’s Society of Hispanic Professional Engineers recently hosted its first outreach event—Noche de Ciencias (Night of Science). A national initiative, the event contributed to the organization’s goal of educating and generating interest in STEM careers for Hispanic/Latino youth, a population underrepresented in those fields. Presented to 35 students from Esperanza Charter High School in Philadelphia, the evening was sponsored by the Boeing Company, which provided a panel of professionals who offered their advice and experience in pursuing different STEM degrees and career paths. The panel was followed by two activities facilitated by Boeing volunteers and Villanova SHPE members who introduced engineering, aerodynamics and design. 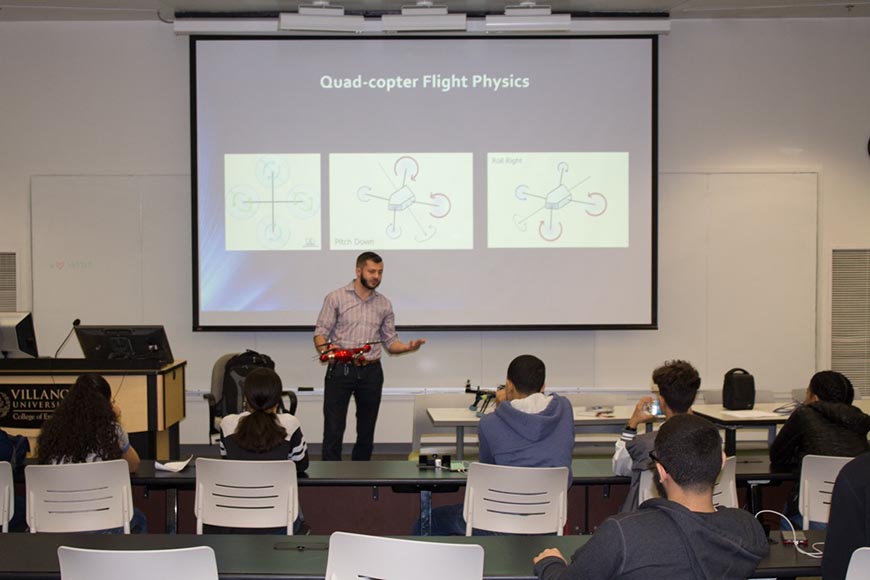 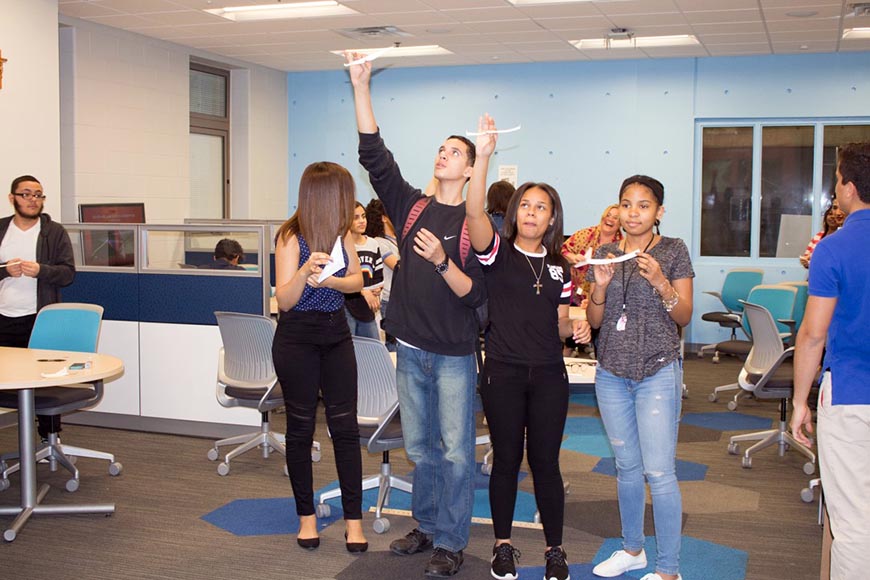 George Farah Jr., a Boeing professional, taught students the basics of how to safely operate unmanned aerial vehicles, or drones. With classroom instruction followed by hands-on flight time, the students learned about the current types of hobby and commercial drones, drones developed by Boeing, the different markets for small, commercial drones, basic FAA guidelines for operating them and identification of a drone’s basic components.

During the second activity, presented by Villanova SHPE member Al Chandeck Chen ’18 EE, the high school students were able to bring out their competitive sides. This activity incorporated key concepts of aerodynamics by allowing them to create and calibrate their glider plane before putting it to the test. The students were able to alter their plane design in order to maximize the flight distance during the final competition, for which the first- and second-place winners took home their very own drones.

It was a great experience speaking with these students and teaching them about the endless opportunities available after high school graduation. Villanova’s SHPE hopes to continue its efforts to inspire young Hispanic/Latinos to pursue STEM careers and looks forward to hosting more events similar to Noche de Ciencias in the near future.

Janine Rosario ’17 ChE is one of the founders and current president of SHPE. She plans on pursuing a career in manufacturing and product development for the consumer product or medical device industries. In addition to being a part of SHPE, she also is a CEER PEER mentor and tutor for the College of Engineering and a member of the Society of Women Engineers. In her free time she participates in intramural volleyball.