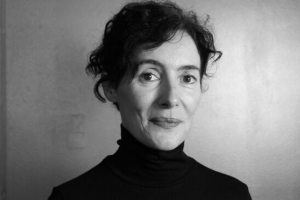 Irish author, broadcaster, and scholar, Emma Dabiri holds the Charles Heimbold Chair of Irish Studies for Spring 2022 at Villanova University. Born in Dublin to an Irish mother (born in Trinidad) and a Nigerian, Yoruba father, Dabiri grew up as a person of color at a time in Ireland when cultural diversity was rare. Her first book Don’t Touch My Hair (2019), obtained a spot on the Irish Times Bestseller list. The Guardian describes Don’t Touch My Hair as “Both a richly researched cultural history and a voyage to empowerment,” and the Irish Times calls it “a lament and a call to arms.” In an interview with Vogue, Dabiri describes her topic: “Black women have been told what to do by so many different people for so long, so I say, 100 per cent, do whatever you want. [Black hair] is so beautiful and has such a culture of creativity and expression around it. It’s been willfully misrepresented and there has been a real commitment to trying to convince us our hair is inferior.” The book inspired and galvanized its readers with its research and prose, which alternates between historical detail and personal experience. Don’t Touch My Hair even prompted Townley Grammar School, outside London, to revisit its racist hair policy to allow Black students to wear their hair as they choose without punishment.

Don’t Touch My Hair was released in the U.S as Twisted: The Tangled History of Black Hair Culture in 2020. The following year she released a book-length essay, What White People Can Do Next: From Allyship to Coalition (2021) as a follow up; USA Today hails What White People Can Do Next as “a practical guide to creating an anti-racist world.” In this latest Times and Sunday Times bestseller, Dabiri seeks not to create a trendy guide but asks readers to dismantle the standardization of whiteness to help create a world built on antiracism. Dabiri reminds audiences, “Unless the idea of whiteness as a ‘natural’ category is disrupted and replaced with something else, the underpinning belief in superiority enshrined as natural to the category will remain intact” (60). In her Vogue interview she comments how race and racism are entwined: “A lot of energy is invested in proving that racism exists. If we just have a common knowledge that the white race was invented to advance the idea of white superiority, we can stop being shocked that racism exists and that there are countless examples of racism.” Dabiri encourages readers to evaluate existing social systems as well as themselves to recognize and dismantle perpetuated racist habits in Ireland, the United Kingdom, and the world.

Interested in the Black Irish experience, histories of oppression, decolonizing black history, and black feminism, she’s written for The Guardian among various journals, anthologies, and blogs. Most notably, she is a columnist for Hidden Stories in BBC History Magazine. Dabiri is a regular host on YouTube Originals’ Virtual History and BBC Radio 4’s Saturday Review and Front Row; she also co-presents the BBC’s Britain’s Lost Masterpieces and has presented numerous documentaries on both BBC TV and radio, including Journeys in Afrofuturism and EXPOSED: Young Female Photographers. She also received the Cannes Lion Silver Award for her Channel 4 documentary Hair Power: Me and My Afro (2020). She is a trustee of Hugh Lane Gallery and a member of the British Council’s New Arts and Creative Economy Advisory Group. She presented at the British Museum, Oxford University, and Yale and recently read at the Villanova University’s Creative Acts Symposium in Monaco, where she discussed creative art’s influence on Irish narratives, specifically regarding diversity, inclusion, and experience.

Dabiri currently resides in the United Kingdom and works as a Visual Sociology Ph.D. researcher at Goldsmiths University and a teaching fellow in the Languages and Cultures Department at SOAS. With a prominent social media presence, having 84.8k Instagram followers and 44.1k Twitter followers, Dabiri connects with her many supporters and fans and uses her following to reach the digital world. At Villanova, Dabiri will teach two courses: Creative Non-Fiction for Change (ENG 2012-001) and Green and Black: Irish and Africana Literature and Culture (ENG 3680-001) during the spring 2022 semester.

About the Heimbold Chair

The Charles A. Heimbold, Jr. Chair of Irish Studies is held in the Spring semester of each academic year by a distinguished Irish writer. Inaugurated in 2000, it has become one of the most prestigious Irish Studies positions in the United States.

The first Heimbold Professor was poet and editor Peter Fallon. To help celebrate the inaugural of the Chair, Nobel Laureate Seamus Heaney joined Peter Fallon for a joint reading. Since then, the Heimbold Chair has been held by an honor roll of Irish writers.

Normally, the Heimbold Professor teaches two undergraduate seminar courses, one in Creative Writing and one in Irish Literature, allowing Irish Studies students to have the enriching experience of a close classroom experience with Ireland's finest voices.