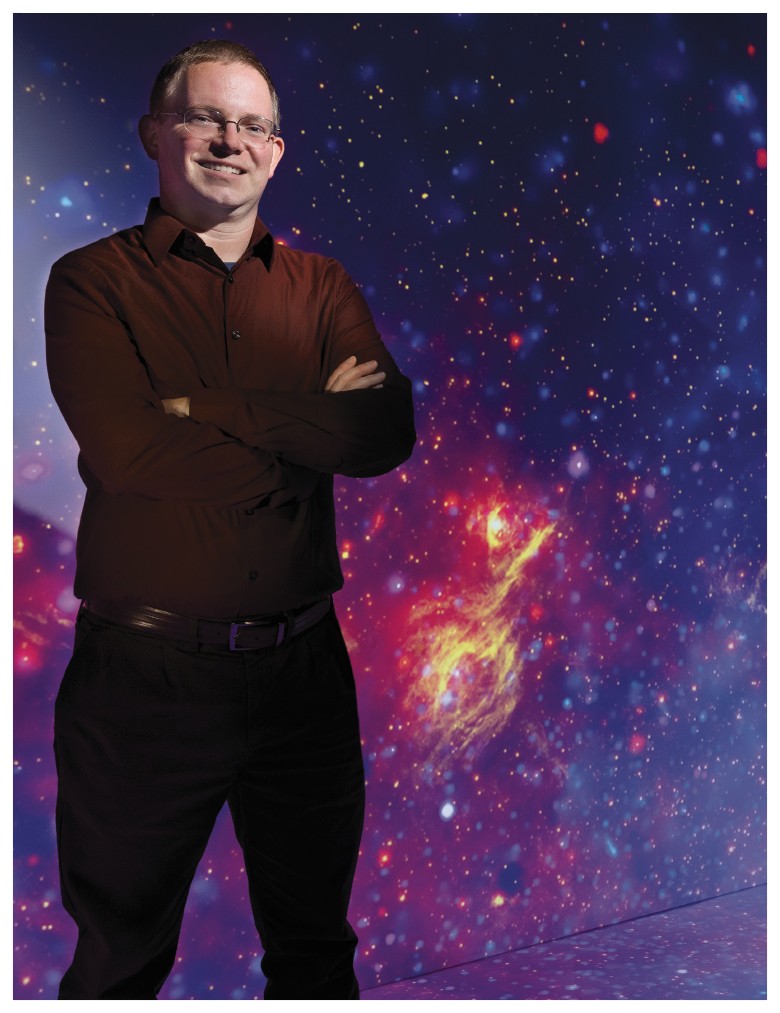 A pioneer in black hole astrophysics, Joey Neilsen, PhD, has established himself as a foremost expert in X-ray observations of these cosmic bodies. His research has been extensively cited in the literature and featured in esteemed scientific journals, including Science, Nature, The Astrophysical Journal and Advances in Space Research.

Scientists are just beginning to understand the power and force of these astronomical objects—and Dr. Neilsen’s work has been pivotal in expanding that knowledge base. Although black holes are invisible, astronomers can still observe them indirectly by examining the way their gravity affects stars and pulls matter into orbit.

“I use space telescopes, primarily from NASA, to study what’s happening around black holes in the universe,” says Dr. Neilsen, assistant professor of Physics. “They’re among the most prolific sources of energy in the universe, and as an observational astronomer, most of my work deals with collecting and analyzing data to try to explain their behavior.”

His work with NASA officially began nearly a decade ago, with some of the most prestigious fellowships in astrophysics: an Einstein Postdoctoral Fellowship at Boston University and a Hubble Postdoctoral Fellowship at the MIT Kavli Institute for Astrophysics and Space Research. His collaboration with the space agency has continued, and he’s had the opportunity to explore the far reaches of the galaxy using X-ray telescopes, including one NASA mounted on the International Space Station.

As a widely published researcher and invited speaker at conferences around the globe—from Buenos Aires to Istanbul to Madrid—Dr. Neilsen continues to expand the world’s view and understanding of the final frontier. “My research on the X-ray spectroscopy of black holes is part of understanding more about the world that we live in,” he says. “That’s what physics is all about, growing curiosity and enthusiasm for science.”

In 2019, Dr. Neilsen was part of the international team of 200 scientists who made history by capturing the first-ever image of a black hole. A triumph of engineering, observations, data analysis and theory, their photograph marked a new era in black hole astrophysics.

As a member of the Event Horizon Telescope (EHT) Collaboration, Dr. Neilsen shared the $3 million Breakthrough Prize—sometimes referred to as the “Oscars of Science”—in the field of fundamental physics in 2020.

And their work continues. Collaborating with EHT researchers from more than 80 institutions worldwide, Dr. Neilsen helped to produce an image of a supermassive black hole at the center of our own Milky Way galaxy earlier this year. He provided data analysis that has been critical to understanding the rapid, energetic variability of this black hole, known as Sagittarius A. The team’s results appeared in a special issue of The Astrophysical Journal Letters, the premier journal for high-impact astronomical research.

“This is the first view of the closest supermassive black hole, our black hole,” Dr. Neilsen says. “It’s one of only two black holes whose shadow can be detected, so it’s an important test of Einstein’s theory of general relativity.” 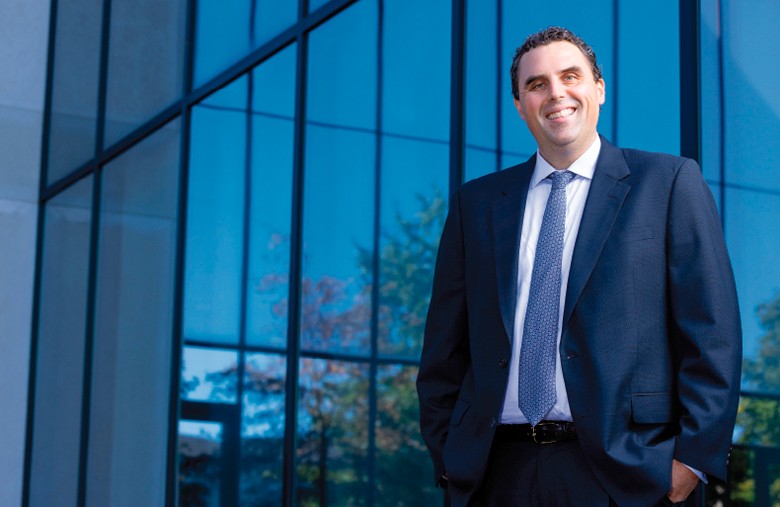