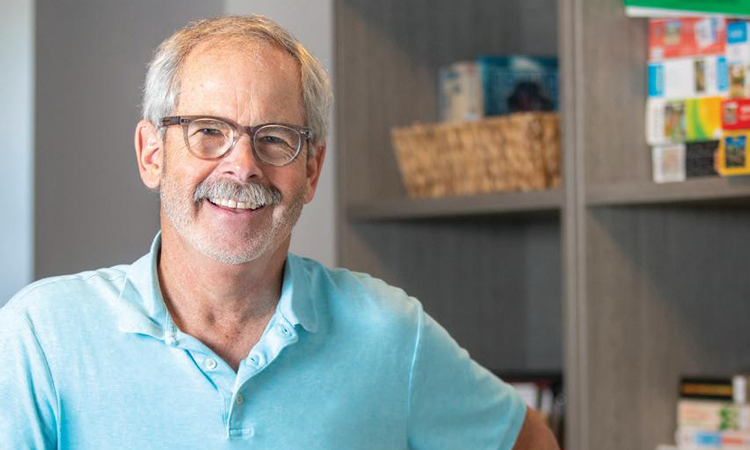 “It all started at Villanova,” said Mark Redmond ’79 VSB. He’s reflecting on his career path, which began, traditionally enough, with a business degree from VSB and a management trainee position in New York City. Today, Redmond is the executive director of Spectrum Youth and Family Services, working with at-risk youth in Burlington, Vermont.

“During senior year, I read a story in the Philadelphia Inquirer about a guy named Edward Fischer walking home to Philadelphia from Guatemala to raise money,” Redmond said. “It made an impression on me. Then, I attended Mass at the Villanova chapel, and there is Edward speaking about that journey; I was transfixed. I really wanted to talk to him, but I didn’t have the courage then.”

That spring, he completed his degree, accepted a job with an insurance firm and moved to New York. He was all set for a comfortable life in corporate leadership, helping the firm increase assets and market share. “One day I was in a meeting where a senior VP was explaining how we could all help meet the company’s goal for the next decade of increasing their assets by $1 billion. I realized this was not my life’s goal.”

Around that same time, Redmond had been recruited by a friend to volunteer at Covenant House in Times Square, which, during the 1980s, was marked by poverty, drug use, and other symptoms of hopelessness and despair. “Back then, no one was working with homeless and drug addicted at-risk youth," Redmond said.

"Covenant House recognized the need and got the ball rolling. I was very impressed with their work and figured I could volunteer for a couple of hours a week," Redmond said. "Instead, the director offered me a full-time volunteer position to live there and work with the kids 40 hours a week; the position came with a weekly stipend of $12.”

Remembering Mr. Fischer’s lessons, Redmond heard the offer as his call to service and worked up the courage to answer. He gave up his management position and his apartment and started working and living at Covenant House. Through his work there, Redmond discovered why “God put me on earth” and, nearly 40 years later, he is still hard at work helping kids.

Before joining Spectrum in 2003, Redmond worked with youth organizations in the Bronx and a charter school in Connecticut. He’s drawn to working with at-risk youth because the teen years are tough for everyone. Providing a safe place and the life skills necessary to navigate the world gives the kids he works with hope to turn their lives around.

Redmond has also experienced heartbreak in his work. “Not all the kids make it. We’ve had suicides; a staff member was stabbed and killed. I’ve had 12 stitches in my face. But I am an optimist by nature, I have a very supportive family, and I spend the first hour of my day in meditation and prayer. I focus on how we can succeed.”

“When you become the executive director of a nonprofit organization, it is imperative that you have a working knowledge of finance, marketing, human resources and strategic planning. I took courses in those areas at VSB, and that’s a big part of why I believe I have succeeded in this role.” –Mark Redmond ’79 VSB
Impressive Results

When Redmond first joined Spectrum, it was in debt. Today, they provide services to more than 1,500 teens and young adults each year, including a drop-in center, supportive housing, counseling, training and more.

Initiatives include Detail Works, a for-profit auto detailing shop created to teach necessary skills to find and hold a job—or to complete school— including showing up on time and working with a supervisor and customers. Fundraising efforts include Sleep Out events, winter outdoor sleeping experiences for businesspeople and students where participants experience what it’s like living on the streets for one night.

“Telling our story and giving people a chance to connect on an emotional level with the realities of what these kids experience every day contributes to our fundraising success,” Redmond said. He noted that many Villanovans have supported Spectrum over the years. “Villanova is unique in the spirituality and values that are the foundation of the education you receive."

"You learn that you can follow God’s will in many ways.”