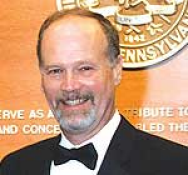 It has been 80 years since the Scopes Monkey Trial, but the debate between science and religion has never been as heated as it is now. Kenneth R. Miller, Ph.D., a professor of biology at Brown University, is a pre-eminent evolutionary scientist and the author of the most widely used high school biology textbook in America. He has been named the 2009 recipient of the Mendel Medal, which was established at Villanova University in honor of Gregor Johann Mendel, Abbot of the Augustinian Monastery, Brünn, Austria, (now Brno, the Czech Republic), who discovered the celebrated laws of heredity which now bear his name.

The Mendel Medal is awarded to outstanding scientists who have done much by their painstaking work to advance the cause of science, and, by their lives and their standing before the world as scientists, have demonstrated that between true science and true religion there is no intrinsic conflict.

Miller was the lead witness in the Pennsylvania “intelligent design” case, which was the first direct challenge brought in U.S. federal courts against a public school district that required the presentation of “intelligent design” as an alternative to evolution to explain the origin of life.

The case involved a group of parents who were suing the school district for requiring high school biology teachers to read a four-paragraph statement to students that casts doubt on Darwin's theory of evolution.

On the stand, Miller noted that virtually every prominent scientific organization in the United States has upheld Darwin's theory of evolution as an unshakeable pillar of science and that “intelligent design” is “a form of creationism.” The ruling sided with the parents and barred intelligent design from being taught in Pennsylvania’s Middle District public school science classrooms.

Miller is also the author of the acclaimed book Finding Darwin’s God: A Scientist’s Search for Common Ground Between God and Evolution, a lively and cutting-edge analysis of the key issues that seem to divide science and religion. He contends that, properly understood, evolution adds depth and meaning not only to a strictly scientific view of the world, but also to a spiritual one.

Miller is a firm believer in evolution, he is one of America’s foremost experts on the subject, but he also believes in God – and he doesn’t think the two beliefs to be mutually exclusive.

Bruce Alberts, the president of the National Academy of Sciences, says that Miller “convincingly argues that science and religion offer different, but compatible, ways of viewing the world.” Miller has written major articles for numerous scientific journals and magazines, including Nature, Scientific American, Cell, and Discover. He has also appeared on PBS as a scientific commentator. In 2008, Miller delivered the keynote address at Villanova’s Mendel Symposium entitled, “Mendel in the 21st Century: The Scientific, Social, and Ethical Impact of Genetics in Our World.” His talk was titled, “Confronting Paley’s Ghost: Charles Darwin and the Evolutionary Design of Life.”