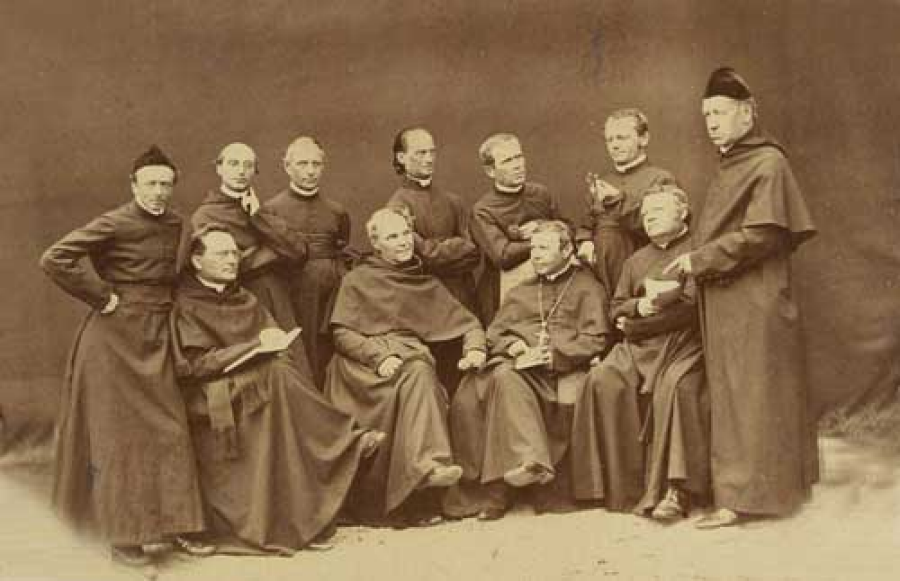 Mendel and the Augustinian Community of St. Thomas Monastery in Brno.  The community included philosophers, composers and scientists.  Mendel is standing, second from the right, holding his favorite flower, the fuchsia.

The Villanova University Mendel Medal was established and awarded to outstanding scientists who have done much by their painstaking work to advance the cause of science, and, by their lives and their standing before the world as scientists, have demonstrated that between true science and true religion there is no intrinsic conflict.

The Advisory Committee shall meet at least once a year to consider candidates and to recommend to the President as to whether or not the award is to be made, and the candidate to whom it is to be made.

In making final decisions as to the awarding of the Mendel Medal to individual candidates, the Advisory Committee shall be guided by the following principles:

It will be awarded for distinguished service in advancing the cause of science:

It shall not be awarded in absentia.

Design of the Medal
Advisory and Planning Committees