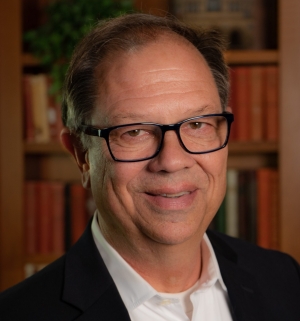 Ellen Mosley-Thompson, PhD, is a Distinguished University Professor in Geography (Atmospheric Science) and a Senior Research Scientist in the Byrd Polar and Climate Research Center at The Ohio State University.

Dr. Ellen Mosley-Thompson is globally recognized for her numerous contributions to polar science, glaciology and paleoclimatology. Since the 1970s, she has pursued the acquisition of ice core-derived climate histories extracted primarily from both polar ice sheets as well as from non-polar, high-elevation glaciers. Early in her career, she was instrumental in encouraging the polar glaciological community to focus more strongly on high temporal resolution (e.g., annual) climate histories, particularly from remote sites situated away from established stations in Antarctica and Greenland. Since the early1980s, Dr. Mosley-Thompson has advocated strongly for enhanced gender equality in polar science. In 1986, she was the first woman to lead an ice core drilling project to a remote field camp on the East Antarctic Plateau near the Pole of Inaccessibility. She has led nine expeditions to Antarctica and six to Greenland to retrieve ice cores. These unique cores, coupled with those recovered by Dr. Lonnie G. Thompson from the lower latitudes, constitute a collection of cores from both poles and everywhere in between. Our ultimate scientific objective has been, and continues to be, the reconstruction of Earth’s climate history at the highest possible temporal resolution on local, regional and global scales, which is why the acquisition of this global collection of ice core-derived records has been essential.

As an early career scientist, Dr. Mosley-Thompson was invited to serve on the National Academy of Sciences (NAS) Board on Global Change (1987−1992), which was tasked with designing and implementing the US Global Climate Research Program. She has served several terms on the NAS Polar Research Board, NSF’s Polar Programs Advisory Committee and various NAS Study Groups including “Emerging Research Questions in the Arctic.” Dr. Mosley-Thompson served for 10 years as the first female Director of The Ohio State University’s Byrd Polar and Climate Research Center (2009−18) and has published 145 peer-reviewed papers and received 57 research grants. She is a co-recipient of the Benjamin Franklin Medal, the Dan David Prize, and the Common Wealth Award for Science and Invention with Dr. Lonnie Thompson. She is an elected fellow of the American Geophysical Union and the American Association for the Advancement of Science and an elected member of the American Philosophical Society, the American Academy of Arts and Sciences, and National Academy of Sciences.

Dr. Mosley-Thompson was raised in Charleston, West Virginia by her parents, Houston L. and Elizabeth R. Mosley, who encouraged and supported her early interests in science and math. She received a Bachelor of Science degree in physics from Marshall University in Huntington, WV, where she met Lonnie Thompson. She received her Master of Science and PhD in Geography (climatology and atmospheric science) from The Ohio State University. Dr. Mosley-Thompson and Dr. Thompson are the proud parents of Regina E. Thompson, a source of constant joy and inspiration.

Lonnie G. Thompson, PhD, is a Distinguished University Professor in the School of Earth Sciences and a Senior Research Scientist in the Byrd Polar and Climate Research Center at The Ohio State University.

Dr. Thompson is one of the world’s foremost authorities on paleoclimatology and glaciology. He has led 64 expeditions over the last 45 years, conducting ice-core drilling programs in the Polar Regions, as well as on the high mountain glaciers in 16 countries including China, Peru, Russia, Tanzania and Papua, Indonesia. Dr. Thompson and his team were the first to develop lightweight solar-powered drills for acquiring cores from ice fields in the high Andes and on Mount Kilimanjaro. The results from these ice-core-derived climate histories have been published in 260 articles. In the 1970s, his team retrieved the first ice cores from a remote tropical ice cap, Quelccaya in the Andes of Peru, and analyze them for ancient climate signals.

Dr. Thompson was awarded the Vega Medal by the Swedish Society for Anthropology and Geography and the John and Alice Tyler Prize for Environmental Achievement. In 2005, he was selected by Time Magazine and recognized by CNN as one of America's Best in science and medicine. He is an elected member of the National Academy of Sciences, and in 2007, he received the U.S. National Medal of Science, the highest honor awarded to American scientists. The next year, he received the Seligman Crystal, the highest professional award given in Glaciology, and he and Dr. Ellen Mosley-Thompson were jointly awarded the Dan David Prize. In 2009, Dr. Thompson was elected as a foreign member of the Chinese National Academy of Sciences, and in 2012 he and Dr. Mosley-Thompson both received the Benjamin Franklin Medal in Earth and Environmental Science. In 2013, Lonnie received the International Science and Technology Cooperation Award, the highest award given to a foreign scientist by the Chinese government, and two years ago, he was elected to the American Academy of Arts and Sciences.

Dr. Thompson is the second of three children born to Roscoe W. and Frances I. Thompson and grew up on a small farm in rural Gassaway, West Virginia. He gained a deep appreciation and curiosity for nature while roaming the surrounding hills and meadows and developed an early interest in meteorology. He received a Bachelor of Science in geology at Marshall University where he met Dr. Mosley-Thompson. He came to The Ohio State University to study coal geology and during his first semester, he was offered a research position in what was then the Institute of Polar Studies to study ice. He took the position and in the winter of 1973/74, he joined an expedition to Antarctica, which changed his career trajectory to glaciology. In 1976, Dr. Thompson and Dr. Mosley Thompson welcomed their daughter, Regina E. Thompson, whom they both consider their most important contribution. On May 1, 2012, Lonnie underwent a successful heart transplant and has since conducted six successful expeditions including setting the world elevation record for a heart transplant patient on the 22,000 ft Guliya ice cap in 2015.