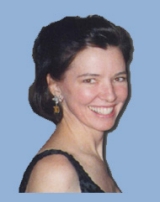 Connelly Foundation is a private grant making organization whose mission is to enhance the quality of life in the greater Philadelphia region. Established in 1955 by the late John F. and Josephine C. Connelly, its heritage is steeped in the integrity of its founders, who embodied the ideals of faith, uncommon vision and the manifest courage of their convictions.

On April 26, 2003, the Connelly Foundation announced a $4 million endowment to the M. Louise Fitzpatrick College of Nursing which represents a significant investment in its future initiatives. This gift marked the 50th anniversary of the founding of the Fitzpatrick College of Nursing. It established an endowed deanship in the College of Nursing, with Dean M. Louise Fitzpatrick as the first Connelly Endowed Dean of Nursing. This portion of the endowment provides the resources needed to enhance program development, support professional development of students and faculty, and greatly assist in keeping the College’s programs responsive to the ever-changing and challenging needs of the health care system and the profession.

Another portion of the Connelly Foundation endowment is allocated to enhance technology and laboratory resources for teaching and learning. A third portion supports the Connelly-Delouvrier Scholars Program for nursing students for both international experiences and multicultural experiences in the United States.

Judith Connelly Delouvrier was raised in Jenkintown, Pennsylvania, one of six children born to the late John F. and Josephine C. Connelly. The Connelly-Delouvrier International Scholars Program is named in her memory.

After completing her undergraduate degree at Rosemont College, Judith continued her education with graduate work in Art History, including extensive studies in France. She successfully merged her talents, interests, and love for travel into a public relations career in New York City, first with Sotheby Parke-Bernet and later with Revlon.

Judith, who died in 1996 in the TWA Flight 800 tragedy, had an extraordinary appreciation for world history and culture.

As her interests became more global in scope and nature, she developed a growing respect for people of other countries. By studying their languages and their different ways of life, she was rewarded not only with worldwide friendships but also with a cultural wisdom that was both deep and wide.

Judith’s volunteer work included serving on an advisory committee for an international exchange program for French and American students; fundraising for the Union Settlement Association, an East Harlem social service organization; founding a program called Art Tours for Children; and teaching Catholic catechism classes in her parish. Judith served on the board of directors for Common Cents, a program designed to encourage philanthropic leanings in children. She was also a trustee of the Connelly Foundation and a docent at both the Metropolitan Museum of Art and the Swedish Cottage Marionette Theatre in New York City.

As a spirited student, businesswoman, volunteer, wife and mother, Judith exemplified an appreciation of the opportunities and experiences that the Connelly-Delouvrier International Scholars Program is designed to make available to Villanova students.