Three Matching Graduation Caps: Duffy Family Celebrates a Group of Graduates in the CPS Class of 2022 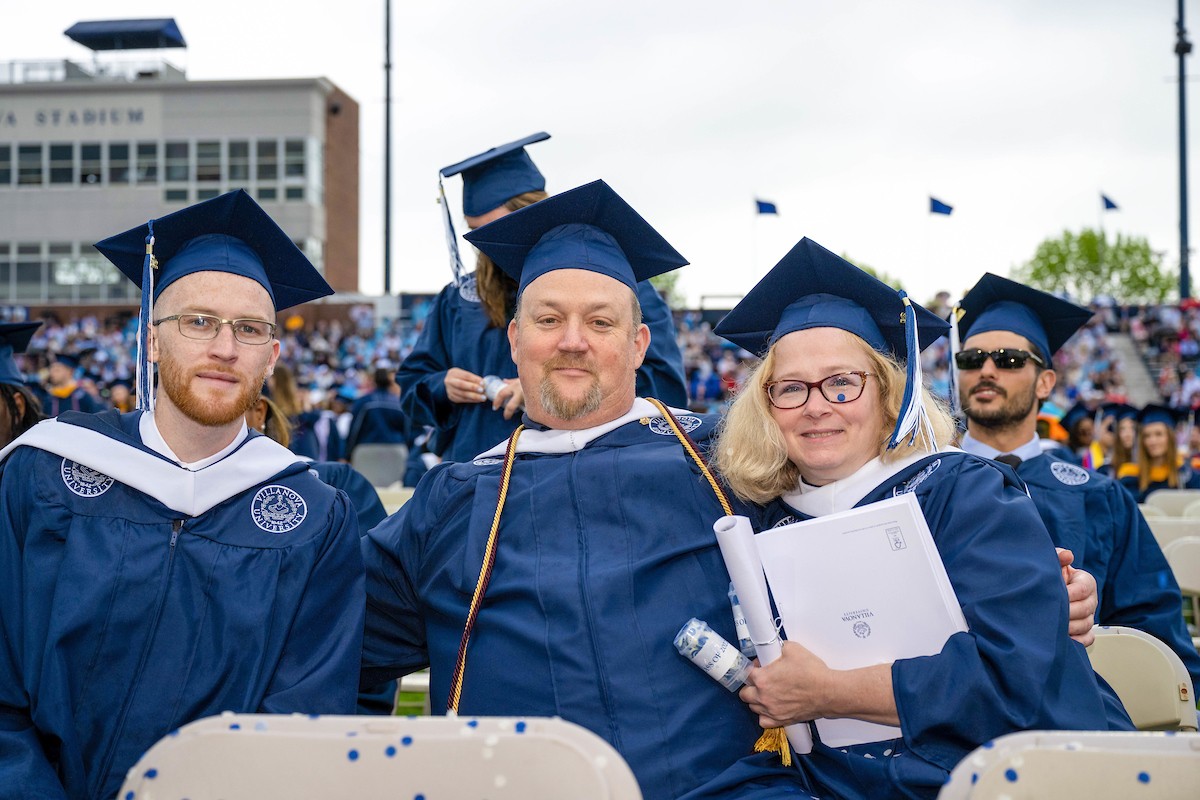 At commencement ceremonies around the globe every year, wide-smiling students in caps and gowns are congratulated by proud parents. Very rarely, however, are the students’ parents donning a matching cap and gown, graduating at the same time.

That’s exactly what happened to the Duffy family, as husband and wife Jim and Margaret Duffy earned their degrees from Villanova University’s College of Professional Studies at the same ceremony as their son Daniel.

The Duffy family began their journey at Villanova many years ago, with Margaret serving as a staff member for over two decades. She currently serves as the Director of Finance & Administration for Falvey Library, but she has been taking courses nearly her entire tenure at the University, only taking a short break years ago as Jim survived a fight with cancer. She graduated with majors in Organizational Development & Management and Public Service & Administration, with a minor in Leadership.

She was joined at CPS in 2019 by her son Daniel, a then-20 year-old looking for his next step, and her husband Jim, who had retired from a career in sales for Frito-Lay. Jim and Dan enrolled at Villanova on the very same day, starting a journey that culminated at commencement. Dan’s degree is in Organizational Development & Management (ODM), with minors in Communications and Psychology. Jim also majored in ODM, as well as Leadership.

With the shared major in ODM, the Duffys paths crossed plenty during their time at CPS. They took several classes together, though fellow students and professors weren’t always aware of the familial connection.

“For the most part, I would say most professors didn’t acknowledge that we are related,” said Jim.

“I would try not to admit to it,” Margaret joked. 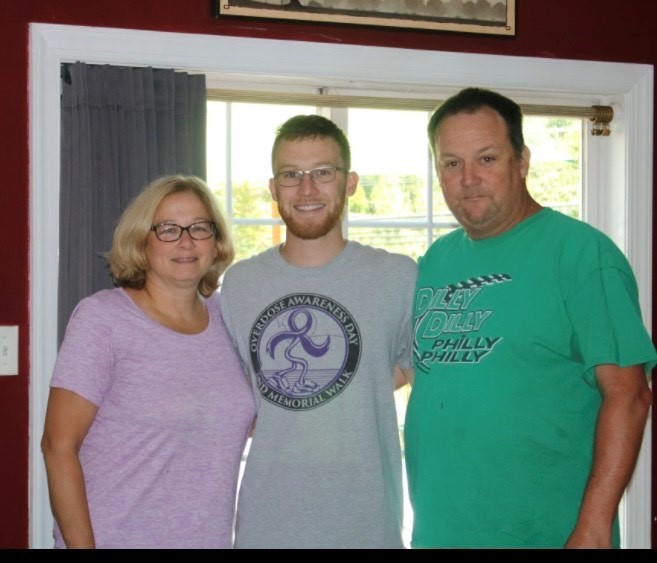 Some professors were well aware of the relationship, like Steve Sheridan, an adjunct professor in CPS and Director within the Office of Strategic Planning and Institutional Effectiveness at Villanova. He taught a class that included both Jim and Dan, with Margaret taking the same class the next semester.

“I’ve been honored to have Jim, Margaret and Dan all in my classes. It was exciting to get to know them. They’re amazing people,” Steve remarked. “The different ways they entered school embodies the CPS mission.”

He looked forward to seeing them graduate, saying “I’ve never been in the same room as all three of them at the same time – only saw them in separate boxes on Zoom!”

Even when they were in separate classes, the Duffys educational experience was interwoven, with all three taking classes, speaking to advisors, studying for exams and completing homework assignments under the same roof.

“Dan would be upstairs, I’d be in the basement, and Jim would be in the dining room, all on our computers taking classes,” Margaret said of the relationship between the three students.

This family dynamic brought the three Duffys closer together, but also created a friendly competitive rivalry.

“(Jim) would always compare his grades to mine. He ended with the highest GPA, but I took more classes in a shorter period of time,” Dan explained.

“Dan finished in three years, which is quite an accomplishment.” Margaret added.

All three made the Dean’s List in the Fall 2021 semester, and Jim was inducted in the Alpha Sigma Lambda Honor Society this spring.

Despite the competition between them, each of Jim, Margaret and Dan spoke highly of the experience, which has changed their family dynamic for the better. 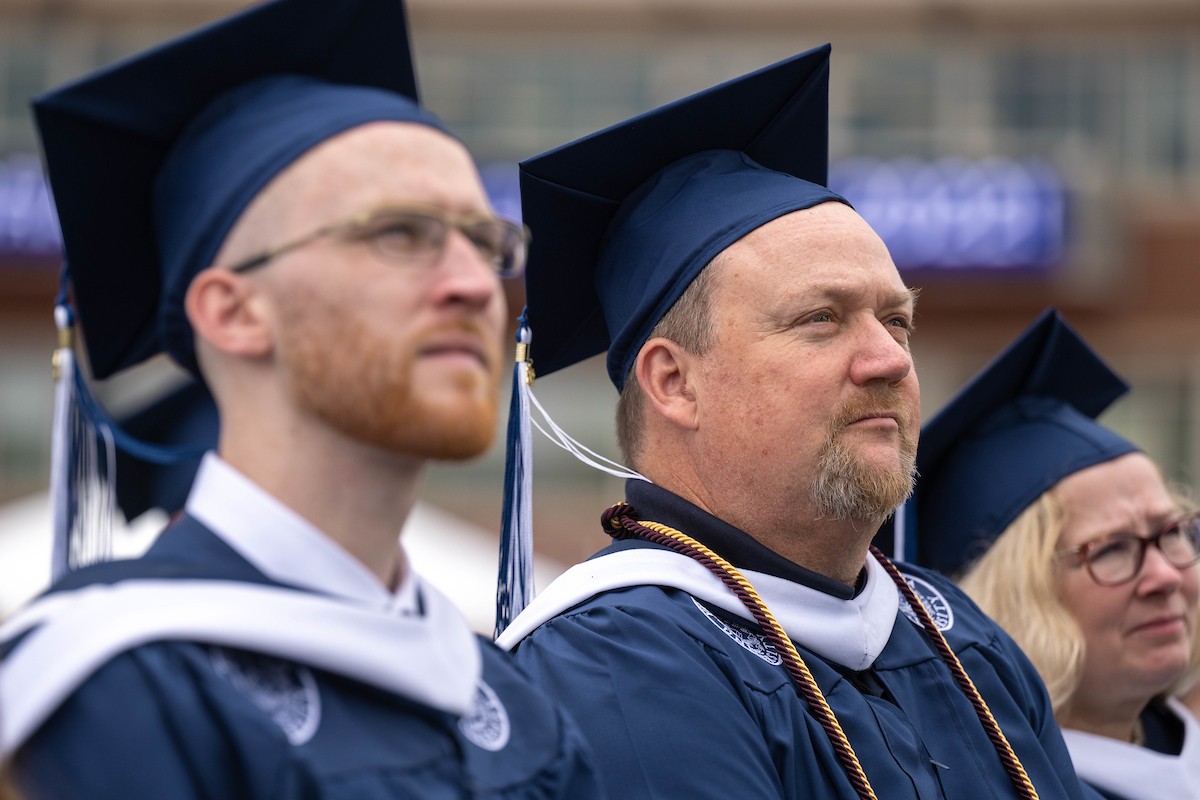 “It was definitely something special that the three of us had this connection and something to share. I could have continued taking classes and earned a third major, but I wanted to graduate and walk with Dan and Jim,” Margaret said.

The special opportunity to don their caps and gowns together and receive their diplomas at the same time is not lost on the Duffy family.

“For me, it’s both a personal and family accomplishment,” Dan told us.

The rest of the Duffy family, including Dan’s four brothers and sister, are eager to celebrate this accomplishment, planning a party for the three graduates

“The party is more so for my father than the rest of us,” Dan joked.

Margaret agreed with that saying, “I tell my other sons that Dan is the one we’re celebrating, but Jim says it’s all about him!” Each of the Duffy graduates will now head to a new step on their journey. Dan is considering his options in the workforce or continuing his education. Margaret is considering Villanova’s Master’s in Public Administration program. Jim is looking forward to continuing retired life, with a freshly framed diploma on the wall.

No matter where the Duffy family finds itself next, Jim, Margaret and Dan have accomplished quite the feat and celebrated that achievement together.

“It’s definitely going to be emotional and overwhelming,” Dan said in the lead up to graduation.

CPS congratulates the Duffy family on this unique and impressive achievement!

ENROLLMENTS ON CAMPUS AND ONLINE