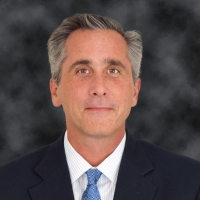 Charles “Charlie” DeAngelis is the Chief Executive Officer and a founding owner of Vericon Construction Company, a general contracting and construction management firm headquartered in Mountainside, NJ. Under his leadership, the company has grown into a leading East Coast commercial contractor with offices in Charlotte, NC; Orlando, FL; and Miami, FL. Vericon has been recognized as an ENR New York 2017 Top Contractor and ENR Southeast 2017 Top Contractor and has received numerous awards including the NJBiz Fast50 Award, the NJBiz Top 250 Privately Held Companies award, and annual ACCNJ Safety Awards.

Prior to establishing Vericon in 2005, Charlie worked as a Project Engineer for Michael Baker Engineers, a Senior Project Executive for Damon G. Douglas Company, and a Vice President at Clemens Construction. He is a licensed professional engineer and registered architect in New Jersey.

In 2015, Charlie was instrumental in forming the Vericon Foundation, a non-profit organization focused on giving aid to the disadvantaged and promoting the research and development of cures for disease.  The Vericon Foundation has contributed over $200,000 to local charities in the past two years and has provided pro-bono construction services to renovate the Boys & Girls Clubs of Union County locker room facilities.

Charlie resides in Mountainside, NJ with his wife Traci and his four children. He is on the board of trustees for the Associated Construction Contractors of New Jersey, the Westfield NJ YMCA and the Vericon Foundation.  DeAngelis is a huge fan of Villanova Basketball and both he and his daughter Alyssa graduated from Villanova in NCAA Championship years. 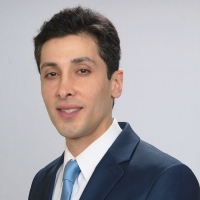 In 2005, Frank Homer earned his master’s in civil engineering from Virginia Tech and since then has had a successful career as a structural engineer and project manager with extensive experience in commercial, institutional, healthcare, municipal and cultural projects. His career began with Ehlert/Bryan, an internationally recognized structural engineering firm located in the Washington, D.C. area. Since 2007, he has worked as a project manager for Whiting-Turner, one of the largest construction and engineering firms in the United States.

Outside of work, Frank participates in several philanthropic efforts. He has served as a mentor and judge for the annual Villanova Student Entrepreneurship Competition and will mentor students in the College’s Career Compass program. He is also actively involved in Engineers Without Borders, through which he recently traveled to El Salvador for a water distribution project. Frank has also been involved with Habitat for Humanity and the Washington Builders Congress, where he has served as a judge for various design and construction competitions over the past several years.

Frank was recently named a recipient of the Engineering News-Record’s “20 Under 40” Award. He has also been selected for the Building Design + Construction “40 Under 40” Award and was winner of Virginia Tech’s Outstanding Young Alumni Award. 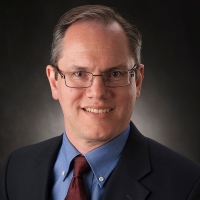 Mark Muller works for the Boeing Company as the manager of the Operations Analysis team for the Vertical Lift Division. This team performs trade studies, simulations and cost-effectiveness analyses to inform executive leadership. In addition, he is the Philadelphia-lead for an initiative to leverage advanced collaboration and visualization technologies, such as virtual reality, to improve the effectiveness of product development. He joined Boeing in 1997 and, prior to his current position, his principal areas of accomplishment included aircraft survivability. Before Boeing, Mark performed civil rotorcraft and commuter aircraft crash studies under sponsorship of the Federal Aviation Administration

Mark serves on the Villanova University Engineering Advisory Board and is pursuing a graduate certificate in Sustainable Engineering at Villanova. He lives locally with his wife and two sons. 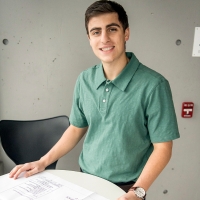 After graduating last spring, Thomas Saldutti began work as a Water Resources Design Engineer for the civil engineering firm Johnson, Mirmiran & Thompson. His responsibilities reflect the research he conducted as an undergraduate with the Villanova Center for the Advancement of Sustainability in Engineering and the Villanova Urban Stormwater Partnership. At Villanova, Thomas served on the President's Environmental Sustainability Committee where he was responsible for the addition of a campus community garden—the Villanova Consortium for Agriculture Research and Education (VCARE). This fall, he started his Master’s in Civil Engineering at Villanova. 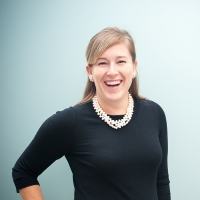 Managing Principal of the mechanical and electrical consulting engineering firm Michaud Cooley Erickson, Kerry Cooley Bruggemann is a practicing mechanical engineer, working for clients such as the Minneapolis-St. Paul International Airport, Cargill and General Mills. As a third-generation engineer, Kerry possesses a passion for attracting new dynamic thinkers to the engineering field though her regular work with the National Society of Professional Engineers and as a Villanova University Alumni Association Board Member. In her leadership position at Michaud Cooley Erickson, Kerry is involved in all operations decisions such as hiring and staffing, developing design standards and reviewing overall firm performance metrics. She is energized to build a growing organization that values its employees and provides engineering solutions for its valued clients. 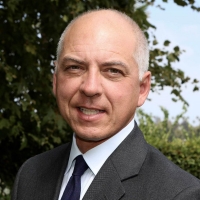 Following graduation from Villanova, Christopher Damico worked for General Electric before earning his MBA from New York University and beginning a career in in finance with the Swiss Bank Corporation (UBS). He later joined Morgan Stanley and became a Managing Director focused on advising and financing transactions for private equity firms as well as large corporations.

Christopher left banking to become a founding partner and Chief Executive Officer of Alcentra, an asset management group with its headquarters in London and its U.S. operations in Los Angeles.  The company was sold to the Bank of New York in 2006 and Christopher resigned to focus on private investments and various philanthropic and community interests.

Christopher is a member of the Villanova Engineering Entrepreneurship Advisory Board and is also a member of the Board of Visitors of MD Anderson. He is married to Villanova alumna Susan Girard ’84 VSB, ’91 JD and they have three children. 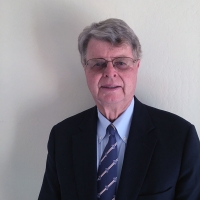 After graduating from Villanova, Joseph Krackeler earned a Master’s of Science in Engineering from Princeton University and a doctorate in Polymer Chemistry from Northeastern University. He spent 20 with Raychem Corporation where he held roles including Manager, Thermoplastics Development; Technical Manager, Plastics and Chemicals Division; Director of Technology, Thermofit Division; Director of Marketing, Telecommunications Division; and Vice President, Communications Market. He left Raychem in 1986 to serve as a technical consultant in the polymer chemistry field, working on materials development for plastics, rubbers and adhesives, technical due diligence, insurance claims and expert testimony for patents. His varied professional experiences have included owning a baseball lithograph company, founding a cheesecake company and serving as an instructor in chemistry and in property management. 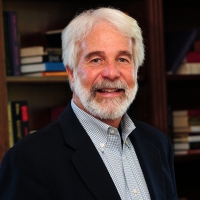 Todd Pohlig is founder and co-owner of Pohlig Builders, an award-winning, leading builder of custom homes in Philadelphia’s Main Line area for over 40 years. His significant local and state involvement in the environmental aspects of site development, coupled with his interest in Main Line architecture has led to an overwhelming acceptance of his ideas from both the home building/real estate community and the new-home marketplace.

Todd is past president of the Main Line Builders Association and Home Builders Association of Chester and Delaware counties.  He serves on the Homebuilders Board and Legislative Committee, the Chester County and the Southeast PA Economic Development Councils, the Easttown Municipal Authority and the Engineering Entrepreneurship Advisory Board at Villanova University. 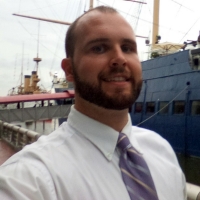 Soon after graduating from Villanova, John Beyer began living and working in Waslala, Nicaragua, where he engaged in social development projects in health, energy and education as part of Villanova’s Engineering Service Learning program. As a volunteer and technical advisor, he worked on a telehealth project to provide basic health and emergency care for rural communities. He also designed rural electrification systems, specifically off-grid solar and micro-hydro power, as well as innovative education models using modern appliances. Additionally, he taught an after-school English as a Second Language course for all ages at the local public school. In conjunction with his volunteer work, John is pursuing his master's degree in Sustainable Engineering via the College’s E-Learning program. 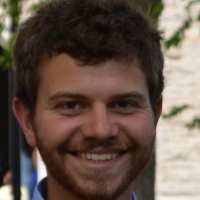 After graduating from Villanova, Adam Butler volunteered for 18 months with the Villanova Engineering Service Learning partnership in Waslala, Nicaragua, where he worked on the design and construction of gravity-driven water networks. He served as a liaison between the University and Waslala’s local organizations, and led spring and fall break trips for teams of Villanova engineering students and faculty and representatives from Aqua America. Adam also assisted Villanova engineering faculty with field data for both class projects and research. This fall, he will return to Villanova to study in the International Development track of the Sustainable Engineering master’s program. 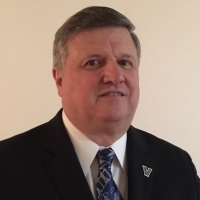 While living and working in Philadelphia for 22 years, John Durrant ran the Philadelphia Water Department’s Materials Engineering Laboratory, which provided physical testing, chemical analysis, failure analysis and vendor surveillance services for most city agencies. He served terms on the board of directors of the Chestnut Hill Community Association, the Eye Bank Association of America (as a transplant recipient) and the American Society of Civil Engineers. Asked to inaugurate the specialty institutes of ASCE, John moved, 20 years ago, to Northern Virginia, where he serves as the organization’s Senior Managing Director for Engineering and Lifelong Learning. John has also served Villanova as a member of the civil engineering advisory committee, where he enjoyed collaborating with classmates, colleagues from the city and the highly regarded Civil and Environmental Engineering Department faculty.

John is married to Villanova alumna Pam Slagada ’77 CLAS and they have three grown children living in Los Angeles. 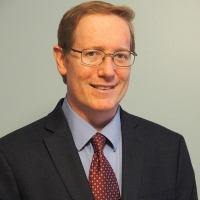 Kevin Fogash earned his master’s degree and doctorate in Chemical Engineering from the University of Wisconsin-Madison in 1995 and 1997, respectively. After completing his PhD he joined Air Products where he worked in various technical and managerial roles. In 2014, he was appointed the Global Gases Technology Director with responsibilities for all technology-related activities for Global Gases, including the production of O2, N2, Ar and H2, as well as modeling efforts. Last year he received Air Products’ Silver Patent Award (25 patents). Recently, he founded Red Mordenite, LLC, an innovation/technology consulting firm for the chemical process and energy industries.

Dr. Fogash is on Villanova’s College of Engineering Advisory Board and is a member of The Da Vinci Science Center’s Board of Trustees. He and his wife Stacey are the parents of two teenagers.