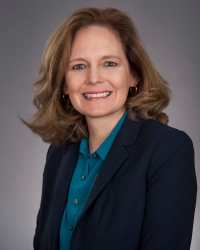 Dr. Anne Roby is senior vice president of Praxair, Inc., the largest industrial gases company in North and South America and one of the largest worldwide. In this role, she is responsible for Global Supply Systems, R&D, Global Market Development, Global Operations Excellence, Global Procurement, Sustainability, Global Strategic Sales, Electronic Materials and Safety, Health and Environment. Anne joined Praxair in 1991 as a development associate in the company’s R&D organization and has held numerous leadership positions throughout her 25 years with the organization, including vice president, global sales, president of Praxair Electronics, and president of Praxair Asia.

Anne currently serves on Villanova’s College of Engineering Advisory Board, providing the Dean significant guidance on key issues including the College’s strategic plan, trends in the engineering profession and assistance in the development of networks and partnerships. She is also on the Board of Directors for Danbury Hospital in Connecticut, where she lives with her husband Larry and their three daughters.

Anne earned a doctorate in chemical engineering from the University of Delaware.  She holds four patents for industrial gas applications. 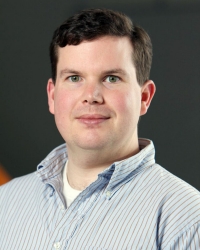 Brian Glaister is the co-founder of Cadence Biomedical, a Seattle-based medical device startup that manufactures and distributes Kickstart, an affordable, effective and easy to use device that helps people with conditions such as stroke and multiple sclerosis relearn to walk. Prior to founding Cadence, Brian was a Mary Switzer Fellow with the National Institute of Disability and Rehabilitation Research where he developed advanced prosthetic technology for lower limb amputees. He was also a Technology Commercialization Fellow with the University of Washington where he created commercialization strategies for intellectual property developed as a result of university research. Brian is a member of the Wall of Fame at the University of Washington’s Buerk Center for Entrepreneurship and was named to the Puget Sound Business Journal’s 40 Under 40 list. He has a master’s degree in Bioengineering from Arizona State University.

William M. (Bill) Brown is chairman, president and chief executive officer of Harris Corporation, a leading global provider of communications and information technology products, software, systems and services to government, defense and commercial markets. The company has 21,000 employees who serve customers in more than 100 countries. Bill was appointed president and chief executive officer in November 2011 and elected chairman of the board in April 2014.

Prior to joining Harris Corporation, Bill spent more than 10 years with United Technologies Corporation where he held several senior leadership roles, including senior vice president, Corporate Strategy and Development. He also served five years as president of UTC’s $6.5 billion Fire & Security division, where he led 45,000 employees, operating 41 factories and 350 branches across 35 countries. Prior to leading that division, he was president of the company’s Asia Pacific operations.

Bill serves on the board of directors for the Celanese Corporation, the Fire Department of NYC Foundation and the board of trustees of both the Florida Institute of Technology and Florida Polytechnic University. He is a member of the National Security Telecommunications Advisory Committee, the United States-Brazil CEO Forum and the Aerospace Industries Association executive committee.

Bill holds an MBA from the University of Pennsylvania Wharton School.

Brandon Wesley is a 2016 Chemical Engineering graduate and a Gates Cambridge Scholar. One of only 35 U.S. scholars in 2016, Brandon is pursuing his PhD in Surgery at the University of Cambridge in England. His focus is on using stem cell therapies to treat degenerative diseases, an interest he developed while studying and conducting laboratory work at the McGowan Institute for Regenerative Medicine. Brandon also held a summer research position in pharmaceuticals at Merck & Co., Inc. He completed his undergraduate thesis in gene therapy, analyzing how different genetic elements affected the uptake and expression of a plasmid vector in cancer cells.

In 2015 Brandon received an Outstanding Student Award from the Delaware Valley Section of the American Institute of Chemical Engineers, and in 2016, a research paper he co-wrote was nominated for the organization’s Zeisberg Award, which recognizes the best written laboratory and research/plant design reports.  Brandon also is a member of Phi Kappa Phi.

Brandon was presented with the Lynch award during the College’s Convocation ceremony in May 2016. 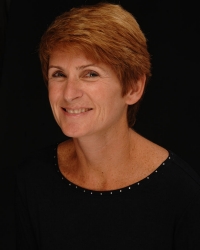 With 34 years of engineering program management, public relations and government affairs experience, Joanne Dahme is the General Manager for Public Affairs for the City of Philadelphia Water Department. In that position she is responsible for all forms of departmental communications, including production of publications, public information campaigns and citizen advisory committees. From 1999 to 2008, Joanne was the department’s Watersheds Programs Manager with PWD’s Office of Watersheds, directing the development and implementation of regional watershed partnerships. Today she serves on the board of the Delaware Estuary Program, and on several regional watershed planning committees. In September 2016, she was honored for customer service and presented with the Richardson Dilworth Award, which recognizes full-time, executive-branch employees of the City of Philadelphia.

A published author of young adult fiction, Joanne holds an M.J. in Journalism and a Master’s in Creative Writing, both from Temple University.

Chris Dantos is the Manager of Business Aircraft Accounts for United Technologies Aerospace Systems (UTAS), a division of UTC, in Windsor Locks, Ct. Having worked for the company since 1980, Chris has held a number of leadership positions including managing the portfolio of Space and Defense programs, as well as the $18M aerospace ground support equipment business. In 2001, Chris was awarded NASA’s Public Service Medal, the Space Agency’s highest honor given to a non-federal employee.

Chris earned an MBA in Accounting and Finance from University of Hartford, and participated in an Executive Business Management program at the University of Virginia. In 2010 he won the Engineering Alumni Society’s Meritorious Service Award. Chris has two children – Evan and Stephanie Dantos ‘16 CLAS and lives in Granby, CT with his wife Christine. 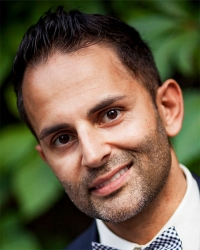 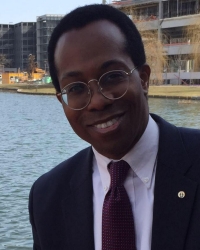 Hasshi Sudler is chairman and CEO of Internet Think Tank, a technology consulting firm that provides consulting to Fortune 500 firms across America and Japan. Fluent in Japanese, Hasshi has more than 20 years of experience in technology management and 11 years developing business in Japan. He was a pioneer in Japan’s Bit Valley during the Internet boom in early 2000.

Hasshi earned his MBA from MIT in 2015 and has published and lectured on topics spanning internet technology, online piracy, distance learning and international business. In 1999, he founded the Sudler Asia Research Program, which he launched at Villanova to sponsor student and faculty led research. He also served as an adjunct professor for Villanova’s MBA program providing cross cultural perspectives on international business. 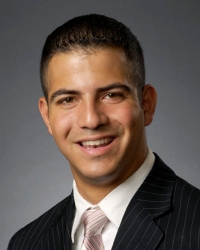 As a project engineer and program manager for Lockheed Martin Space Systems, Brian Bozzo manages a portfolio of 11 products with budgets in excess of $30 million. A graduate of the company’s Leadership Development Program, he is responsible for implementing critical customer driven requirements through the engineering and production and test processes. Brian’s interests extend to sustainability and green design and he serves on the board of directors for Water for Waslala, which sponsors technical projects in developing countries. He has mentored Villanova students in sustainable design and has led trips to Nicaragua to survey and implement water systems.  Brian holds a Master’s degree in Mechanical Engineering from Columbia University and an MBA from Drexel University. 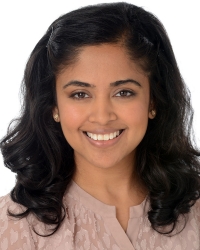 Born and raised in India, Karen Damara is a software engineer at Comcast in Philadelphia. Passionate about mentoring, she has spoken to students at both Villanova University and the University of Pennsylvania on topics such as professional development and technology, and she currently serves as a member of the Board of Industrial Advisors for Villanova’s Department of Electrical and Computer Engineering. Karen is also involved in the Philadelphia tech community and serves as a co-organizer of the Philadelphia JavaScript Developers group.

When not building software, Karen has a wide variety of other interests and hobbies: she plays the piano, loves to paint on canvas, and enjoys running, cooking and traveling. Karen’s central motivation is her faith, and she is known to be active in serving in the Christian community both locally, and internationally. 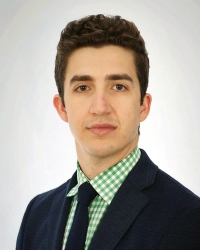 After graduating with his Bachelor’s degree in 2008, Alexander Myers returned to Villanova to earn his Master’s in Chemical Engineering in 2010. He also earned a certificate in Biochemical Engineering, which he put to use in his role as a process design engineer focused on the pharmaceutical industry at Integrated Project Services (IPS).  After six years as a consultant at IPS, Alex moved to GlaxoSmithKline where he is a process engineer at the company’s commercial manufacturing site. He currently supports the manufacture of two FDA-approved products and leads small to medium-sized capital improvement projects.

Alex has been an active leader in the Delaware Valley engineering community through his involvement with the local International Society of Pharmaceutical Engineers (ISPE) board. He has also served as the ISPE industry advisor for Villanova’s student chapter for the past five years. 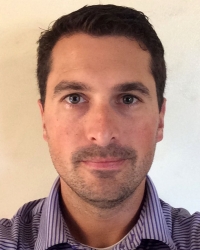 After graduating from Villanova, Josh Smolinsky began his career as a bridge designer with Figg Bridge Engineers where he worked on several prominent segmental bridge projects, including the I-35W bridge in Minneapolis and the Mon-Fayette Expressway and Allegheny River bridges in Pittsburgh.  Since leaving the design side of the industry, Josh has worked as an engineer for several contractors where he has overseen the construction of multiple bridges and the installation of two 62 megawatt turbines for a hydro-electric plant. Currently, Josh is a structural engineer at JD Eckman, Inc. where he has overseen the emergency repairs of the I-495 bridge over the Christina River in Wilmington, DE as well as many other bridge projects around the region.

Josh currently resides in Pottstown with his wife and their two children, Max and Ben.